From psychedelic potions to demonic deliverance

When Tony Maisey hit rock bottom, he headed to the Peruvian jungle to seek healing in an ancient tribal ceremony. Little did he know it would open him up to an evil assault 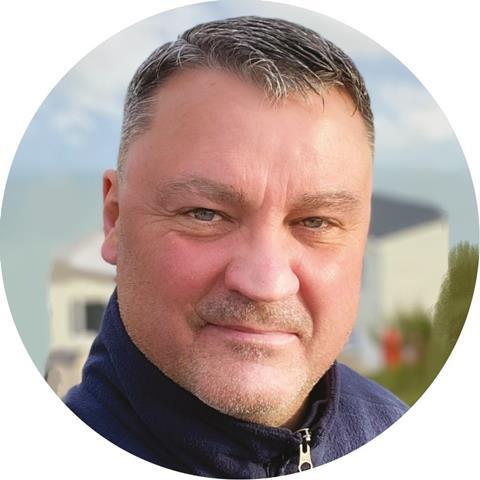 When I was ten my parents split up. My mum started drinking, and then she started dating a guy who was a gangster. These tough guys would come to our home, packing guns.

It was like being groomed. Mum’s boyfriend had money, style, flash cars…but he was also beating her up. I hated him and respected him at the same time. I learned from a very young age how evil people can be.

I was catapulted into a world of violence. On the outside, I might have looked like a success story, but inside I was very broken; a scared little boy, full of fear.

I was surrounded by violence, and became full of anxiety and depression. By 41 I was on my own, in a trailer on the south coast of England, drinking myself to death.

My life was a mess. I didn’t like the man I’d become. I’d be drunk for days and then I would be on the crack pipe. I was having suicidal thoughts constantly. Someone suggested I go to the Peruvian jungle, where a psychedelic potion called Ayahuasca could offer me healing.

I was so desperate for help that within a couple of weeks I flew out. I met some other Westerners and went to stay with the Shipibo tribe for 15 days. Ayahuasca retreats are big business but, in that camp, I saw things that would change me forever.

I’d taken a lot of psychedelic drugs, but this was completely different. It was spiritual, without a doubt. During the first ceremony, I saw a demon come out of one of the other guys there.

He started making these Jurassic sounds and then this thing appeared that looked thousands of years old; grown men were crying out in fear. The demon came at me because it was aligning with the spirit in me. I’d been Satan’s frontline soldier for a long time.

After the first ceremony, there was no way I wanted to go back for more, so I stayed in my hut while the others continued. Two evenings later, I was on my own when I heard the demon manifesting again. I didn’t come from a Christian family but I got on my knees and cried out to Jesus.

The following morning, the shaman, who was the spiritual medium leading the ceremony, came to me and said: “Were you praying last night?” I said: “Yes.” He asked who I was praying to, and I told him: “Jesus Christ.” He just looked at me and then walked away, stony-faced.

When I came back to London, I felt like I was being terrorised. For the next three years, I would wake up in the night feeling as if I was being held down.

I felt a fingernail being drawn across the top of my head, and I would regularly see a demon that looked like a child with big, black eyes, giggling behind his hand at my terror. I’ll never forget it.

I’ve been involved with all sorts of things, but with the supernatural, you’re totally out of your depth. Only God can deal with that. I was still taking cocaine and drinking a lot because I couldn’t sleep. Every time I closed my eyes, I would see these reptilian faces looking back at me. I was at the end of my tether.

One night, I was laying on my mother’s sofa. As usual, every time I tried to close my eyes, these demonic faces would come at me. I was in despair; I just couldn’t do it any more.

And then I saw a vision of a man. He had a short curly beard, dark, collar-length hair and he was wearing a crown of thorns. His mouth was moving constantly. He was saying something, but it wasn’t audible.

It went on for maybe five seconds and, all of a sudden, he disappeared. The faces stopped coming at me. I opened and closed my eyes to double check, and it was black, just like it should be. I realised it could only have been Jesus. Tears slid down my face. I said: “Thank you, thank you.” There was such relief.

After that I got baptised, but I was still doing stuff I shouldn’t have been doing. One day, someone randomly gave my mum a card and told her: “You need to give that to somebody.” It was for a Christian healing ministry. I knew that God was showing me I needed deeper deliverance.

I stayed at Ellel Ministries for nine days. One day, I knelt beneath a cross in their grounds and said: “Jesus, please forgive me for everything I’ve done.” The next day, at a prayer meeting, two ministers asked: “What do you need prayer for?”

I was full of fear and trembling; my legs were jelly and I knew there was a fight going on inside me. But I said: “I want to repent of this witchcraft.” They started praying and, all of a sudden, my head jolted and it felt like the coils of a serpent coming out of my neck. At that point, I was given clarity. It was like I’d been let out of prison. And, in a way, I had.

Now, God uses me to share his gospel. Ephesians 2:8 says: “For it is by grace you have been saved, through faith – and this is not from yourselves, it is the gift of God.” If you know God is calling you, don’t delay, because it’s a gift. Salvation is a miracle.

Read more on this story

‘I saw Jesus while on ayahuasca’

Getting high with the Most High