The air we breathe - Glen Scrivener 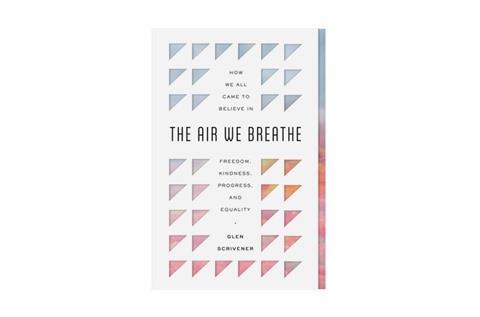 “Why do the nations rage?” muses the writer of Psalm 2. The answer, he explains, is that they do so to free themselves from the restraints of God’s moral law. However, as the psalmist, and the rest of the Bible, points out, when you do to that, there is a price to pay further down the line.

In The Air We Breathe, Glen Scrivener looks at our so-called ‘post-Christian’ society in the West. He demonstrates that rather than simply casting off God’s values, the secular world has corrupted and co-opted them. And he warns, for doing so, we face an awful reckoning…

The book tracks how Western ideas about freedom, kindness, progress and equality that many people assume to be secular, are in fact all drawn from teachings and values found the Bible.

Scrivener charts the Christian origins of human rights, ideas of justice, love for neighbour and what it means to be human, helpfully debunking secularist stereotypes and myths along the way.

The Air We Breathe covers similar historical terrain to Tom Holland’s excellent Dominion, but in a more accessible way. It is a timely and important book, not only because we live in an age of historical ignorance, but also because we are confronted with ideological revisionism – attempts to shape the future by redefining the past.

Using recent examples, we see how current secular moral crusades are pursued with missionary zeal, mimicking the Christianity which they seek to supplant. We see how public life has its own heretics, inquisitions, excommunications, shaming and shunning. However, unlike Christianity, there is no forgiveness or redemption. Secular morality is all guilt and no grace. Not only do the new godless articles of faith lack vision or hope, The Air We Breathe shows how an increasing number of people are seeing secularism as unworkable and unsustainable.

We now live in what has been called a ‘cut-flower culture’; our current way of life, like cut flowers in a vase, may appear to be healthy, but divorced from our life-giving Judeo-Christian roots, we are slowly withering as a society. Having abandoned the “God-stuff”, we think, as a society that they can continue to enjoy all the benefits. Spoiler alert: we won’t.

This book is a fantastic apologetic for Christians. It demonstrates time and again the enduring and indispensable value of Christ and his teachings to all that we call good and beautiful. It’s also a great gift for non-Christians who ask (to paraphrase Monty Python) “what have the Christians ever done for us?”

Scrivener’s solution to the current malaise is to put God back into the public conversation and acknowledge all that his laws and values bring us - personally, and as a society. We need to look afresh at Jesus, the Messiah, the centrepiece of history, and the source of all that is good, the one who, in the words of Scrivener, “comes not to accuse but acquit, if only we will own the need for it.”