How 30 biblical women point us toward Jesus

In her new book The Seed of the Woman, Nana Dolce traces the gospel storyline through the eyes of women, from the garden of Eden to the birth of Christ 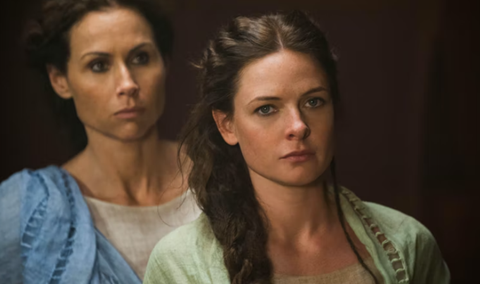 The Red Tent series told the story of Dinah, the daughter of the patriarch Jacob, who is abducted and “violated” by a prince

How many times do you read a book about a character in the Bible and realise you’ve just been shown something about her you’ve never spotted before?

Nana Dolce’s small but in-depth look into the lives of 30 biblical women, The Seed of the Woman (Evangelical Press), is full of these little surprise moments. In reading it, you will find the answers to questions such as: who is the first woman to praise God in the Bible (it isn’t Miriam)? Which woman faced 400 armed men alone? Who could be called the ‘female Job’ of the Bible? And who was the first person to prophesy in the Bible after 400 years of silence?

Dolce’s remarkable Old Testament knowledge helps to bring these characters alive to us in thought-provoking ways. But her book is much more than a collection of intriguing facts. She has undertaken a carefully constructed work designed to help us understand the big picture of the Bible, from Genesis through to Jesus. In particular, she focusses on how God has, against all the odds, kept his promise to bring us a saviour. 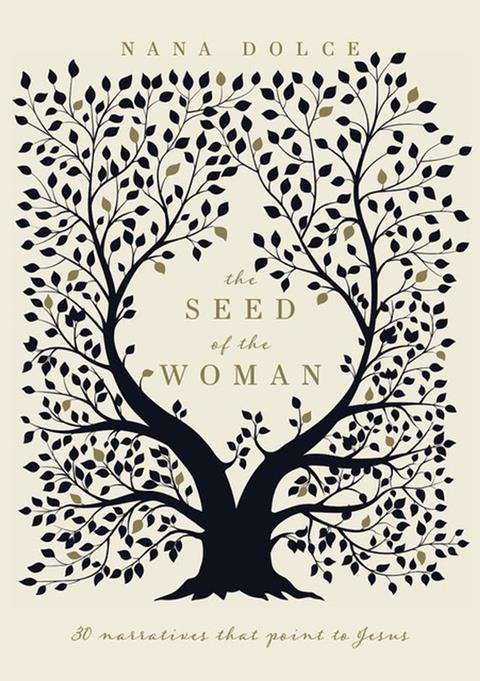 She opens the book by grounding us theologically in the story of Creation and Fall in Genesis 1-3, focussing on the effects of the Fall and the promised seed who will one day crush the serpent’s head. These two themes of human sin and the promise of a divine saviour are woven throughout the book and shape the way she addresses each of the women she has chosen. Each of the following chapters is focussed on one woman. Dolce works her way chronologically through the Bible, tracing the relationship of each woman to the coming seed. After Genesis she moves through Exodus, Judges, and the time of Israel’s monarchy and subsequent exile. Finally, she turns her attention to Mary and Elizabeth. The book finishes with a chapter on Jesus Christ himself, showing how he fulfils God’s promises to put an end to the rule of the serpent and bring us freedom from the rule of sin.

Dolce loves words: each sentence has been thoughtfully crafted and requires slow, steady and reflective reading

Each chapter is short - only a few pages long – short enough, therefore, to work well as a devotional book. One chapter is carefully argued and rich enough to last you for a day (maybe longer!). Each chapter begins with a short reflective sentence or two, introducing the main theme, and encouraging a devotional approach. The chapters end with some high-level pointers towards application, directing you to take what you have learned from each woman’s interactions with God and apply it to your own life. It’s a devotional work designed to slow you down. Dolce loves words: each sentence has been thoughtfully crafted and requires slow, steady and reflective reading to get the best out of it.

It’s unusual to read a book with such a broad historical scope that is detailed enough to feel like each woman has been allowed to ‘speak’. Each woman is shown to be truly human, as their failings and strengths are brought to light. Dolce makes several well-judged guesses about their inner thoughts and motivations which help to make these familiar stories feel more accessible. Dolce’s detailed knowledge of these stories and the lineages of each character means she is able to show clearly how these women sit within the context of the book in which we find them, as well as within the history of Israel and the overarching biblical narrative. These are not just characters on a page: they were real women, each with a history, with parents, grandparents and great-great-grandparents whose decisions (for good or evil) have shaped them. They are connected to each other, and in their own way each has been drawn into God’s story of salvation.

As well as crafting her chapters with care and logic, Dolce is unflinching in her treatment of the more tragic and difficult stories about women that we find in the Old Testament, such as the Levite’s concubine. She takes time in several chapters to address some of these in a thoughtful way. She is particularly clear-eyed in perceiving and naming sin when she finds it, and unflinching in her treatment of God’s judgement on sin, while also eager to identify and bring to our attention the mercy and faithful love of God, and his sovereign hand at work despite all our weaknesses. This clarity results in a book that is not as warm as it could be, but it will encourage anyone who struggles to see past their own failings: Dolce’s constant refrain is that our sin cannot prevent God from fulfilling his promises, and that Jesus, God’s seed, will finally triumph over all his enemies and ours.

The Seed of the Woman by Nana Dolce is out now