Francis Chan’s new book on unity is missing something 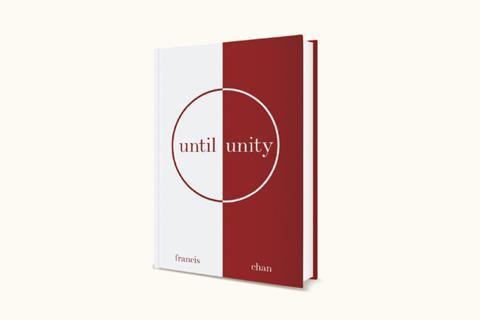 There is little I have seen that unites the various churches in my town. They seem to coexist pretty peacefully but entirely independently. I have, however, discovered an exception: the concerted effort once a year to come together to prevent the council levying car park charges on Sunday mornings.

It appears that a common cause is a powerful unifier. This week I experienced just how powerful a common cause could be on a national level. I was part of a diverse representation of Anglicans, Pentecostals, Baptists, Catholics, Chinese churches and Free churches that were uncommonly united in our desire to show the compassion and love of God to desperate Afghans fleeing to the UK to escape the Taliban.

In the wake of this I was excited to read Until Unity by the bestselling author and former megachurch pastor Francis Chan. He has experience living and working in Hong Kong – a country that is suffering from its own divisions.

A challenge that has stuck with me from the book is Chan’s observation: “We divide easily because we love shallowly.” He goes on to make an impassioned call for unity, arguing that this is what God desires for us in love.

Chan sadly, perhaps deliberately, doesn’t address some of the urgent issues that are preventing unity: racism, politics, class and wealth. He doesn’t analyse the divide in Hong Kong between pro-government and pro-democracy groups that runs through the churches or the major political divisions in the US Church. It left me wondering: what if unity is not just a prerequisite for mission – but also a collateral benefit of mission? If so, surely we must find ways to talk about and tackle these divisions together.