The Booker Prize winning author Julian Barnes has supposedly written a “loving tribute to philosophy”. But our reviewer says his latest novel misunderstands what Christianity is all about 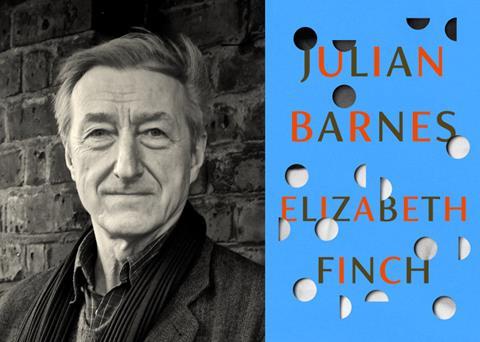 What if Christianity had died out more than one and a half millennia ago? This fascinating question is posed, but scarcely answered, by Julian Barnes’ new novel.

There are two figures at the heart of the story, told by a narrator named Neil. The first is Elizabeth (awkwardly, referred to as ‘EF’). She was Neil’s inspirational teacher when he was a mature student. The second figure is Julian the Apostate – a fourth-century Roman emperor. How do the two characters, separated by a millennium and a half, work together? Well, the pairing is about as inelegant as anything in this supremely inelegant novel.

The novel starts as Neil looks back on his younger years, in particular his time as a student, when he develops his identity under the watchful eye of Elizabeth Finch. After Elizabeth’s passing Neil considers her legacy and forges a friendship (of sorts) with her brother.

Finch is meant to be “one of the most extraordinary people you ever met”. However, the maxims and insights that transformed him barely rise above the level of a ‘Live, Laugh, Love’ poster.

One of the topics she expounds on is Julian the Apostate, described as “the last pagan emperor of Rome, who attempted to turn back the disastrous flood tide of Christianity”.

Not up to speed with Julian? Fear not, because the second section of the novel contains Neil’s 50-page essay detailing the facts, legends and afterlife of Julian, dropped clumsily into the narrative. We are introduced to him as the emperor who (probably didn’t) die saying “Thou hast conquered, O Galilean” (that is, Jesus). He did write extensively against “Galileans” (Christians), called the faith “a fiction of men composed by wickedness”, and sought to stamp out Christianity by harassment and undermining, rather than violence. Neil’s painstaking essay reads like a glorified Wikipedia article.

It’s a shame, given the amount of research Barnes has evidently done about Julian, that he doesn’t seem to understand even the rudiments of Christianity. The novel tells us that “these new Christians obeyed a God of darkness, of pain and servitude; one who declared that light and joy existed only after death in His confected heaven, progress towards which was filled with sorrow, guilt and fear”. How does this cohere with Jesus proclaiming that “I have come that they may have life, and have it to the full” (John 10:10)?

Neil even supposes that a world without Christianity might mean one “without religious wars, perhaps without religious or even racial intolerance” – and, even though he backs away from this dangerously silly suggestion, the only benefit of Christianity he can come up with is “fear as an influence on behaviour: fear of hellfire, of being cast out from God’s grace, of an eternity of damnation.”

What a sad conclusion to draw from centuries of God’s love, mercy, and sanctifying of those who follow him. And what a foolish idea to write a novel – albeit one with able prose – based on such schoolboy logic.