Black Widow: Superheroes are having an identity crisis

Black Widow represents a transition from one generation of heroes to the next, amid the the movie industry’s struggle to make sense of the superhero in the postmodern world, says our reviewer 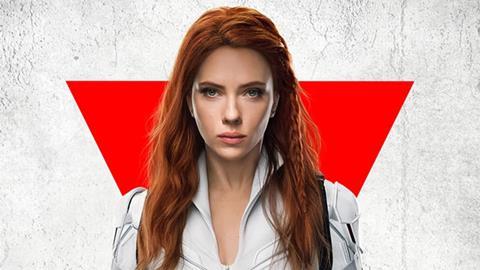 For years now, the superhero has undergone an identity crisis. From a postmodern perspective, with no objective good and bad, how can we have “good guys” and “bad guys”? Can we still have an un-ironic hero who stands for justice, while so many of our real-life heroes and institutions are exposed for their corruption?

The movie industry has wrestled back and forth to figure this out (consider: Wonder Woman and Deadpool came out a year apart). So amid this heroic identity crisis, what sort of values endure? Can Christians recognise compatibilities with their worldview?

Interestingly in, Black Widow the value most prominently proclaimed is that of family, as Natasha Romanoff is reunited with her long-lost relatives. Complete with Russian spies, a prison break, and a battle set entirely in free-falling debris, the movie is filled with action and fun. However, more so than delving into Natasha’s character, the movie in many ways operates as a passing of the torch from one hero to the next. Broadly speaking, Black Widow represents a transition from one generation of heroes to the next amidst the the movie industry’s struggle to make sense of the superhero in the postmodern world.

In Natasha we find a more traditional hero. Sure, she uses guns and martial arts and opts out on the cape, but she’s stoic, sincere, and seems to hold onto high ideals. Though at times she questions the powers pulling the strings, she seems to take seriously the call to fight for good. Such qualities make her at home in the Avengers, back to back in the rubble as they defeat evil against all odds. Her younger sister Yelena, represents a different kind of hero. Quick-witted and sarcastic, Yelena seems to critique Natasha, and by extension the more traditional representation of the hero, at every turn. In one of the more memorable moments in the film, Yelena mocks her older sister’s fighting pose. “All that time that I spent posing I was trying to actually do something good…trying to be more than just a trained killer,” Natasha defends. “Then you were fooling yourself,” Yelena cooly throws back at her “pain and suffering is everyday and we are both still a trained killer.” The former sees suffering and hopes for an ideal, the latter sees it and turns to cynicism.

The movie opens in an idyllic neighborhood setting. Young Natasha rides her bike, plays with her sister, and sits down to dinner with her family of four. However, the illusion soon fades. Far from picturesque suburban family, we find out these are Soviet agents sent by the murderous General Dreykov, who soon tears them apart. Even their photo album, we find out, was forged to create the illusion of family memories. If ever there were a family worthy of cynicism, it would be this one. Yet as the four gather around a table again, about halfway through the movie, something real transcends the lies and manipulation. The idea that these soviet agents could be a family begins as a schtick, but Yelena snaps us out of it. “It was real to me!” she cries. Family was something the girls held in their hearts; family was a hope. As Natasha tells her mother, Melina, “what you taught me kept me alive.” Over the course of the rest of the movie, we watch these characters mend their unlikely family unit, as together they work to take down Dreykov.

As Christians, we should recognise truth in both the brokenness and the beauty of this family. Family can be a source of deep pain, a reminder that we have longings that will not be met in this lifetime. Yet, family is also a gift that God has given us to reflect his love and character.

In the end, Yelena seems to have been formed by re-experiencing family. She performs a self-sacrificial act to defeat Dreykov. After Natasha rushes to save her, the two sisters embrace. Then, having freed the other widows, we see a glimpse of how Yelena might lead them into her reunited family. As this new generation of heroes takes the stage, we should continue to search for these enduring Christian values such as family. But, we can certainly expect that this new hero will take a different approach—likely without so many poses.

Black Widow is in cinemas now