Help! My laptop is infested with demons 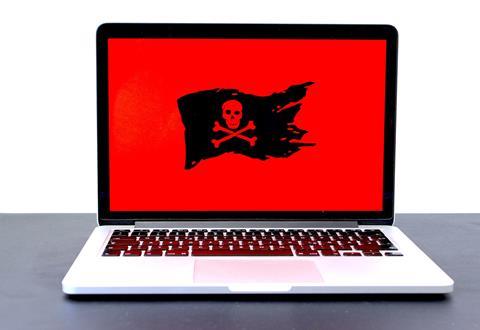 My laptop was recently infested with demons. I’m not sure what heinous sins it committed to be inhabited by such dark forces, but it was surely the technological equivalent of the Gadarene demoniac. In that biblical story, Jesus commanded the devils to transfer themselves into pigs, which then stampeded down into the Sea of Galilee. I was tempted to take a pass on the pigs and just consign my computer (nicknamed Damian) to the nearest lake.

The problem might be (inelegantly) described as data constipation. I called customer support and started chatting with a very friendly nine-year-old (or so he sounded), who is apparently a genius (or so he is described). I anticipated a lengthy conversation that would require detailed instructions. I was wrong.

“Why not power down your computer and restart it?” he chirruped.

What? I’d anticipated: “Press control/alt/delete while at the same time pressing return/shift/*”, which would have led to me muttering: “Oh #$&&#@!”

Just restart Damian? It sounded so very simple, and I was momentarily tempted to inform the telephonic genius that he’d know a lot more once he’d navigated adolescence. But the confidence in his voice compelled me to heed his advice. I obediently tapped the keys, restarted and, three minutes later, my laptop was clothed and back in its right mind. Circuits refreshed, if not born again, clutter cleared and countless windows closed; it was now a thing of beauty. Apparently a computer that stays powered up for too long will become fatigued by the amount of windows that are open and will start consuming more and more memory as time goes by. I wish I’d known that. It would have saved me hours of online searching for a local techno-exorcist.

What’s true of machines is, of course, true of us. Sabbath was always meant as a gift from the God who designed us. Spoiled by picky legalists, the weekly breakaway was given as an opportunity to power down, shed the accumulated junk of the week and then breathe, play, worship and connect with friends and family. God also gave endlessly forgetful Israel a rather full annual schedule of feasts and festivals that also nudged them into rest, recommitment and fun.

So here we are in the New Year and, to many of us, resolution is a dirty word. It edges us into guilt because aspiration for a healthier, happier, more fruitful existence seems to have faded like the brilliance of those short-lived New Year’s Eve fireworks. And the curse of Covid has meant that we may have staggered, rather than marched, into 2022 bruised by what has been and fearful of what yet might be. 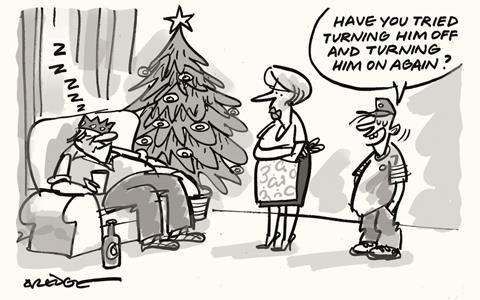 My hope and prayer is that we will take time to power down, rest and then restart, and know the focus and enabling that comes from the one who is called the helper.

Rest might lead us to a reset of our habits. Some are still avoiding gathering in church because of genuine concern about that dreaded plague. For others, we’ve simply got out of the habit of togetherness, and it’s time to think again. We might consider a reset on our giving, praying or relationships. We’d do well to ask if we’ve opened windows to destructive and sinful patterns that need to be firmly closed.

Meanwhile, I’m happy to report that currently, Damian is running smoothly. I might even change my laptop’s name to Daniel, because that amazing chap powered down three times a day for prayer, and flourished in the toughest of times.

Consider a restart. And have a happier, healthier new year.