Every Christian man needs to play their part in fighting misogyny 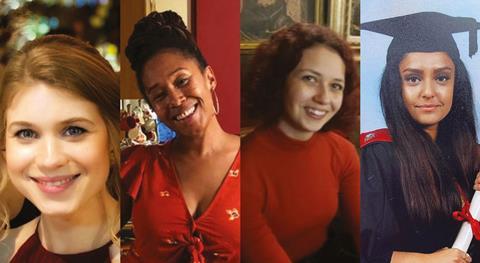 Sarah Everard, sisters Bibaa Henry and Nicole Smallman and Sabina Nessa were all murdered by men in the UK over the past 18 months

When I first found out, over four years ago, that the child I was carrying would be a boy, I was in shock. I had always assumed I would have a girl and raise a strong, feminist mini-me. A wise friend reminded me that having a boy meant I could still raise a feminist; one who would take down the patriarchy from the inside. This made me feel much better. But as a mother of this little boy now, recent stories that have hit the headlines have made me feel the weight of my parenting responsibilities: to raise boys in a way that counters the terrifyingly pervasive culture of misogyny is no easy task.

In recent months there has, rightly, been an outpouring of grief and horror at the murders of the young women pictured above. These were ordinary women who were just walking home or celebrating birthdays. Like every woman, I know the mental load of existing in a female body, having to quickly lock car doors or constantly glance behind me when walking down the street; of extricating myself from uninvited conversations with men who think they have a right to comment on my face or body, of texting friends and family to say I got home safely, as if this was exceptional. It’s exhausting.

Violence against women has existed since time immemorial. But we as the Church, and those within it who are raising boys, have a responsibility in these dark times to nurture men who stand up for women.

Reading books such as Men Who Hate Women (Simon & Schuster) by Laura Bates, founder of the Everyday Sexism project, makes me despair of the dark underbelly of misogyny that still exists in our world, but that often goes unseen. Bates highlights the ways in which this pervades our Western societies: from the pick-up artist to the violent and warped views of the incel (involuntary celibate) movement, which is primarily found online but has, at times, resulted in the real-life murder of women by men who feel shunned by the opposite sex. The movement has been linked to six mass shootings in the US. Earlier this summer, Plymouth gunman Jake Davison referenced incels in online videos before murdering his mother and killing five more people. You might think this online movement is a relatively small group of loners, but membership runs into the hundreds of thousands.

As uncomfortable as it is, we need to ask ourselves hard questions about how such views have been able to thrive, unchallenged, for so long. As the Church, we need to look honestly at where women have been treated as less than, or where we have not fostered right relationships between men and women. We need to stop blaming women when violence happens. Men need to lead the way in ridding the Church of toxic masculinity. We need to support organisations such as Restored, where Christian men can join the First Man Standing initiative, standing up to violence against women in all its forms. Because, sadly, we know that this scourge is found in churches too.