Bulls, rear ends and seeing the world from God’s perspective 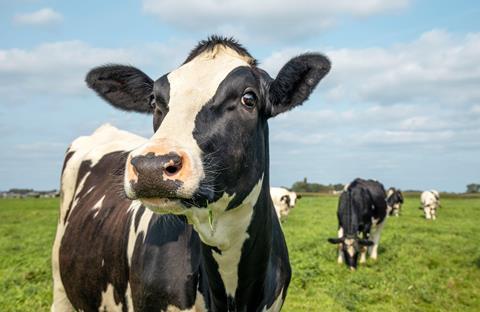 His name is also Jeff, he is a farmer, and he is a part of our church family here in Colorado. Most Sunday mornings we share a laugh or two after the service is over.

But I was quite unprepared for his warm, sincere offer of hospitality. “We’re pregnancy checking the cows this week, Jeff,” he said. “Why don’t you come over and lend us a hand?” For the uninitiated, let me say that I quickly learned that he needed my whole arm, not just my hand.

Without being too indelicate, to check for pregnancy, farmers can either use blood tests or, alternatively, insert their arm into the hapless cow’s rear end to find out manually if Daisy is in the family way. In all my years of ministry, I’ve never received such an invitation, which I politely declined.

Knowing the way my life usually turns out, Daisy would be irritated by such an invasive greeting and would dash around the field, me still attached and screaming for help. No, thank you very much.

Just last weekend, Jeff offered another easy-to-resist invitation. “We’re castrating the bulls now,” he said, as I quietly controlled the urge to weep. “Want to help us out?” Again, I mumbled that I had a busy week. But then, in an instant, everything took a totally different tone.

Jeff’s usually laugh-out-loud face looked very serious indeed. “Actually, we farmers could really do with some prayer support right now,” he continued, his eyes sad. “We are in a major drought. A third of my wheat crop has died already. We desperately need some rain.” 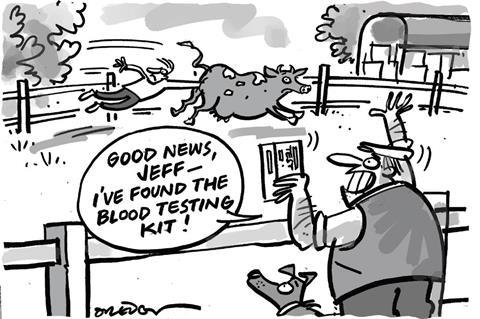 I promised to pray, and I did. After he’d gone, I considered my own attitude to rain. I love the rolling green hills that we enjoy in the UK but I’ve never been thrilled about the clouds that freely irrigate them.

I like it when my windscreen wipers are on sabbatical. In fact, I love sunshine so much that, sometimes, I’ve wrestled with (what I hoped might be) a calling to serve in beach missions in Hawaii. But my brief conversation with my farmer friend gave me a whole new perspective on weather.

The French novelist Anaïs Nin wrote tellingly: “We do not see things as they are, but as we are.” Depression can distort our view on things, as can fear. And, sadly, prejudice of all kinds often blurs our focus.

When we form an opinion of a person or group of people, our eyes are wide open to that which confirms our opinion, but often blind to what contradicts it. “You always…” can be a lethal turn of phrase in a marriage. Once we’ve made our minds up about someone, we can quickly close our hearts to them as well.

When we disagree, let’s go out of our way to listen hard before speaking much. Let’s carefully consider a different point of view and be open to the unpalatable – but very real possibility – that we may be wrong.

Later that Sunday, a quarter of an inch of rain fell, a welcome response to the prayers of many. Looking out at the puddles forming through windows beaded with water, I welcomed it as a blessing; my view of rain changed forever.

My perspective on jocular Jeff has changed as well. Now, he’s not just the cheerful chappy who always brings a smile, but a man whose challenges and burdens I understand just a little more. Let’s pray that God will give us eyes to see with his perspective – on life, on others and on ourselves.

And while we’re at it, please spare a thought for Daisy the pregnant cow and Johnny the frisky bull. They’re both looking just a little nervous right now…