Another Christian music scandal? Here’s how we should respond

A mature faith neither glosses over the glaring problems in our movement, nor abandons it in its time of need, says Rend Collective’s Chris Llewellyn 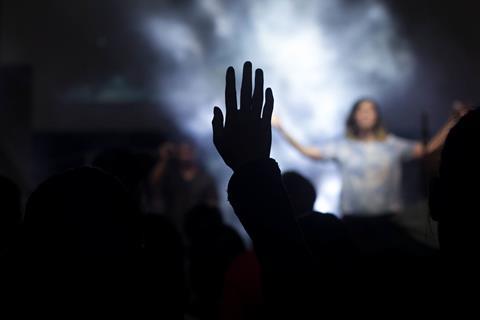 It hasn’t hit the news yet, but the Christian music scene has let us down.

You would think at this point - multiple scandals and disappointments deep - that I would have formed some kind of callous to numb the impact…but no, I’m gutted.

I had so much optimism for what this group appeared to be bringing to the genre: musical freshness, diversity and the impression of a sincerity that really had me fooled. Yet under the veneer of sparkly clean innocence was a rotten mess.

If you’re looking for hit piece or an expose, I’m afraid you’ve come to the wrong place. Accountability is critically important but I just don’t have the stomach for spinning the rumor mill or overseeing the downfall of other people. (Besides I’m reliably told a major production company is working on a carefully fact-checked spotlight on the subject).

What I’d rather talk about is how we move forward - how do we reconcile the beautiful vision Christ has for the Church with the reality of our consistent, public brokenness?

I have to admit, I’m sometimes envious of the simplicity of my much more deconstructed friends who can just dismiss the church as an irrelevant and toxic institution. In a sense, it would be easier to scrap it and move on, than it is to endure the complexity and pain of continuing to believe in its redemption.

Unfortunately, I don’t believe it’s possible to meaningfully be Christian without somehow bearing with the Church, frustrating as it is. And I flat out refuse to let the hypocrisy of others rob me of my relationship with Jesus. So I persist in the tension.

I think learning how to live with paradox and tension is crucial if we’re to simultaneously believe that the church is “the body of Christ” and also face up to its dysfunction.

The church is toxic, leaving a trail of victims; yet the church is a healing balm, leaving a legacy of restored lives. Both things can be true, without negating each other.

We are broken and yet we are still the Bride of Christ.

I believe God is crying out for us to repent and reform; and yet I believe that we are beloved at our darkest and worst.

A mature faith neither glosses over the glaring problems within our movement, nor abandons it in its time of need. Mature faith rolls up its sleeves, cares for the victims, offers forgiveness to the offenders and eventually chooses to “light a candle rather than curse the darkness” as the motto for Amnesty International puts it.

If any other institution behaved this way, I don’t think I could stay a part of it - I would write it off. But when Jesus says he will build his Church and that the gates of hell will not not prevail against, it I believe him. I’ve been let down by systems, institutions and movements, but Jesus has never failed me yet.