‘Losing my husband to cancer led to us both finding Jesus’

Louise Blyth was just 33 when her husband, George, died of bowel cancer. For many people, experiencing such a tragedy would cause them to question the existence of a good and loving God. But for Louise and George, it was the beginning of a miraculous journey to faith 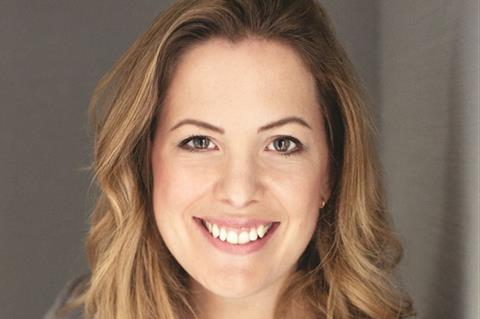 Neither Louise Blyth nor her husband, George, had any interest in God prior to the last few weeks of George’s life. But, one night, struggling to come to terms with the prospect of losing him and having to raise their two young boys alone, Louise found herself railing at the night sky: “God, if you’re real, if you are as good as everyone says you are, you have to show me!” she recounts in her memoir Hope is Coming (“with a few more swear words peppered in,” Louise adds with a wry grin when we speak on Zoom).

“There was no hallelujah moment that night,” she admits. But God had heard her prayer. The following day, George was admitted to hospital for what would be the last time. Shortly afterwards, Louise received a text from a friend who had, the previous evening, met a “random lady” named Brianna at a wedding who was a Christian. Although not a believer herself, this friend had found herself asking Brianna to pray for George and Louise. She did, and asked whether Louise would be interested in being connected with a healing group that she was part of. “I’d already forgotten that I’d asked God to show me he was there just a few nights earlier,” says Louise. But desperate for anything that might help, she agreed.

Louise began to exchange texts with Brianna, who asked if she could come and pray with them in person. Initially, Louise was sceptical of a stranger offering to travel from London to visit them in Nottingham, especially as she didn’t seem to want anything in return. But the experience would change their lives forever. After weeks of what Louise describes as “sheer trauma, pain, discomfort, no sleep”, God’s presence did what no drugs had been able to. “He’s so blissful and content” Louise later texted Brianna after her visit. “He says he has a big ball of light in his chest and that it’s pulsing?! I’m mesmerised by the miraculous change in him. All the pain seems to have gone and he just has this amazing energy oozing from him that I feel when I hold his hand. I think it must be God.” 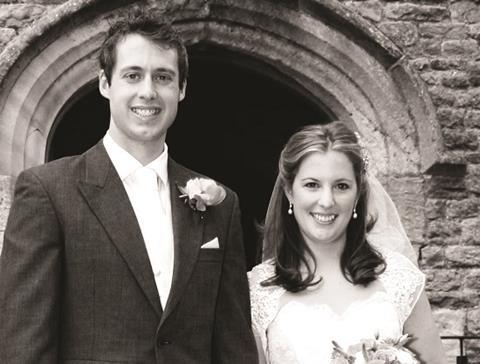 Unsure of how to pray, Louise wrote letters to God (“Bridget Jones style,” she tells me, laughing). Each time, the moment she finished writing, a text would appear from Brianna. Despite having no knowledge of Louise’s letter writing, Brianna’s texts would contain a direct answer to Louise’s prayers and questions. “For me, prophetic words were like something from Harry Potter,” she says. “I was like: Who is this girl? Because the things that she was saying were not of this world. They were completely supernatural.”

In the days that followed, George and Louise experienced God’s presence in ways that Louise says people often “can’t understand…because they think the miracle should be that George was healed. But I always say: ‘God did heal. God healed us.’ We were so desperate and full of fear and sadness. And all of that got turned on its head.”

PEACE IN THE PAIN

Despite the cancer ravaging his body, George died peacefully and pain-free. Although she wasn’t with him, Louise knew the exact moment. “I sat up in bed and asked [God] not to be scared. I felt a rush of energy into my bedroom, it was utterly overwhelming…like something slammed into my personal space.” When the hospital called at 6am, they confirmed that George had died at that exact same time.

The day before, George had told Louise: “The angels are here. I am going tomorrow.” 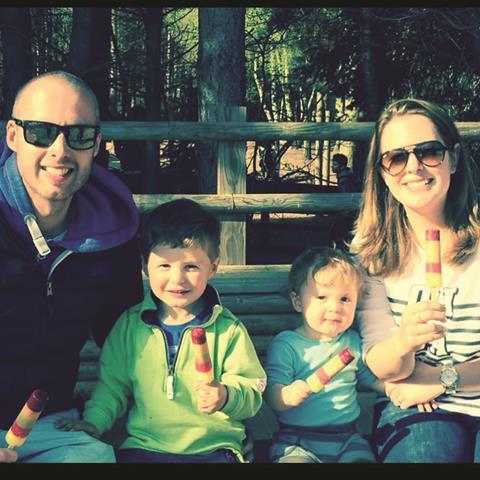 “I believed him,” she says. “I wasn’t scared…inexplicable peace oozed out of every part of his being. He was living this out-of-this world, supernaturally beautiful death.” In the days afterwards, miraculous confirmations that God was there continued to come through pictures, words of knowledge and even white feathers floating down at the breakfast table. Louise speaks of these supernatural experiences with a disarming normality. And while her book’s descriptions of the Holy Spirit as an “aura”, “force” or “energy” might be jarring for seasoned believers, for Louise, who had never attended church and didn’t know any religious language, they were the only words that came close to describing her experience. A fuller understanding of what it meant to be a Christian and follow Jesus was still to come, as she started to attend Trinity Church Nottingham in the weeks following George’s death. 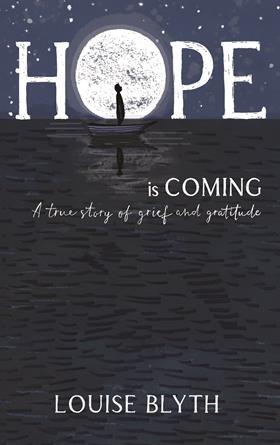 “I spent 33 years of my life looking at other people who had a faith and saying: ‘That’s great that you believe that, but surely it’s all made up,’” she says. “We found faith in this incredibly horrible time. I had this moment where I went: I cannot believe that God is real and I never knew. No one ever told me. It’s taken George’s death for me to figure this out.” In sharing the story of how she found hope, peace and a relationship with Jesus in the midst of unimaginable grief and loss, and how George lost his battle with cancer but miraculously encountered God in a tangible and totally unexpected way, Louise hopes that other people “might figure it out” too.