‘I don’t believe God gave me fibromyalgia. I do believe he can use it for good’

When Jo Cordell’s health failed, she felt like her body had become her enemy. Here she shares how God met her in the midst of her pain 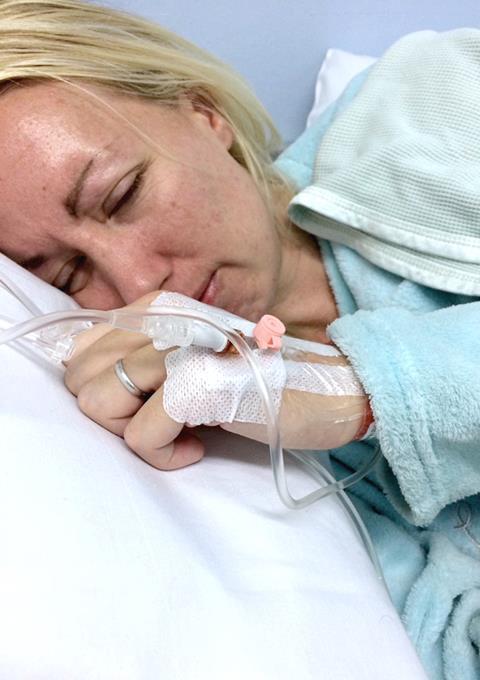 In 2012, Jo Cordell, a 41-year-old mother of two, was in a car accident. The accident was a minor one, but the pain from whiplash was severe and ongoing. Jo had not made a full recovery when she tripped and broke her foot on holiday, resulting in further complications. Pain and fatigue became a struggle and other nerve-related symptoms began to manifest. In 2015, after months of investigations, she was finally diagnosed with fibromyalgia.

Fibromyalgia is an illness of the central nervous system. A chronic condition, it is characterised by widespread pain and severe fatigue. It affects every system in the body and there are more than 200 known symptoms. Medical and anecdotal evidence suggests that fibromyalgia is often triggered by a combination of physical and emotional trauma and could even be genetic.

While receiving a formal diagnosis was a relief, knowing that she had a long-term health condition was devastating. Doctors informed Jo, who has been a Christian since childhood, that there was no treatment pathway for fibromyalgia and no cure.

Jo was determined to continue with her life as usual, which included running a youth club for teenagers with disabilities in her hometown of Eastbourne, East Sussex. But gradually the pain and fatigue became too much. She was forced to stop working. It was a huge blow, and Jo felt that she had lost a part of her identity along with her job.

“I had always seen myself as a ‘helper’,” she says. “I found it very difficult to ask for help. It hurt my pride.” But she knew that this was not the right attitude to take. “I would never judge anyone else for asking me for help,” she continues, “so why do I judge myself? Asking for help is not a sign of weakness. It takes courage.”

As her illness progressed, Jo found herself spending long amounts of time in bed. She felt isolated and alone, largely dependent on her teenage son and daughter. Pain medications were ineffective or caused awful side effects. Sensory overload – one of the symptoms of fibromyalgia – made it almost impossible to hold a conversation alongside any other background noise. Talking with her children while the TV was on could cause an immediate surge of pain.

“You worry that you ask too much of other people,” says Jo. “One of the worst things is the guilt that you’ve become a burden to people you love. You feel like you’re disappointing [them] when, after months and months, you’re not getting any better.”

But her enforced time alone did have some positives, as Jo spent hours talking with God. Throughout her illness, Jo hung on to her faith, often reminding herself of the truths she held in her heart. A diary entry from that time read: “My chronic illness has progressed to a stage where I can no longer work. I am using a wheelchair if I manage to go out, but I am in bed a lot of my days. Also, my finances are very restricted. I don’t believe God gave me fibromyalgia. I do believe he can and does use any situation for good. I find he is using it to teach me in a deeper way that my identity is in him. I am learning a lot about patience. I am learning a lot about compassion for others who suffer – something I thought I already knew about – now in a deeper way. Yes, I have a lot of physical pain and I have terrible fatigue. But I also have time to reflect on what is important. I have time to spend with God. And yes, I want my health back, but I see more clearly than ever that a healthy spirit is more valuable to me than a healthy body.”

While she never would have chosen the illness, Jo was nevertheless learning profound lessons through it: “I felt like my body had become my enemy, but what did Jesus say about enemies? Love them. I had to learn to treat my body with love.

“It can feel as if your body has become your prison. Someone trying to hold you back, and you need to battle them.”

Handing that battle to God was not an easy process.

Jo’s friends worried about her mental health and ability to cope. Having given up hope for healing, Jo researched ways of making her condition more manageable. During her research she came across a clinic in the US that offered treatments for patients with chronic pain conditions. 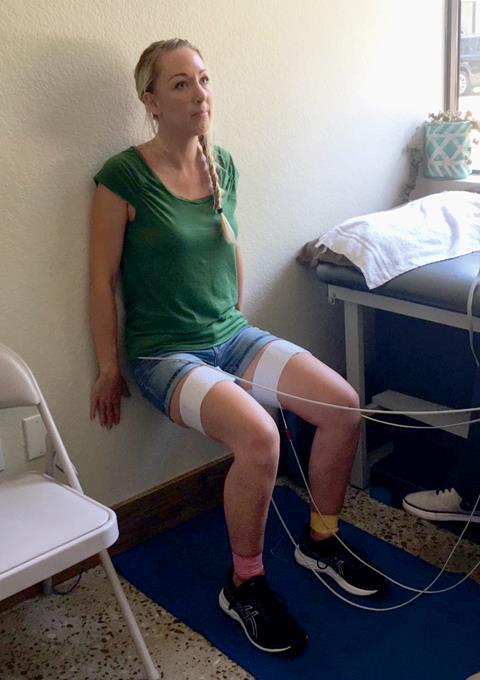 Friends, trusting her judgement, began fundraising to send Jo for a round of treatment, accompanied by her daughter. What followed was a whirlwind of activity with band nights, promise auctions, garden parties, donations and gifts. Eighteen months and thousands of pounds later, the Spero Clinic in Arkansas was booked, accommodation and flights were paid for and, in the summer of 2019, Jo and her daughter were off for what felt like a last-ditch attempt towards recovery.

At the end of the twelve-week treatment and for the first time in seven years, Jo was able to leave her wheelchair and run around the block. It was a phenomenal turnaround. But despite the huge improvements in her condition, Jo knows that recovering from a chronic illness is an ongoing process. She makes sure to check in with her body regularly. Nevertheless, she is now applying for university, something which would have been unthinkable before the visit to the clinic.

“I am very hopeful for the future and excited to be able to make plans. My pain levels are under control and I am mobile again! I have learned a huge amount about my body, my identity and the unfailing love of God. I really want to spread a message of hope and let people know that remission from fibromyalgia is possible. I am incredibly grateful to God and the clinic staff and my faithful friends who fundraised and supported me.” 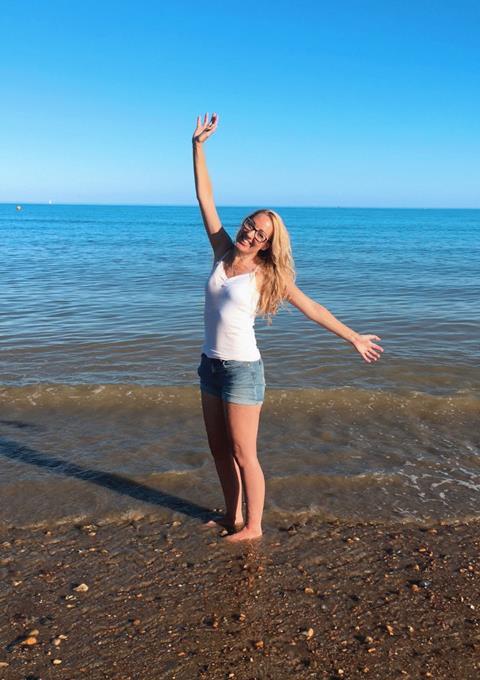 HEALED ON THE INSIDE

While Jo’s recovery has been nothing short of life-changing, what’s happened inside is where the most miraculous healing has taken place.

She says: “I put my trust in God and he didn’t fail me, not for a single moment. He has healed me and continues to heal my emotional pain on a daily basis. Being well physically is amazing, but knowing God continues to change and challenge me is something so profound and wonderful. I would tell anyone going through what I went through, hang on. Just one day at a time. He won’t let you go.”