God calls us to rest in him, not run ourselves into the ground, says Chris Llewellyn 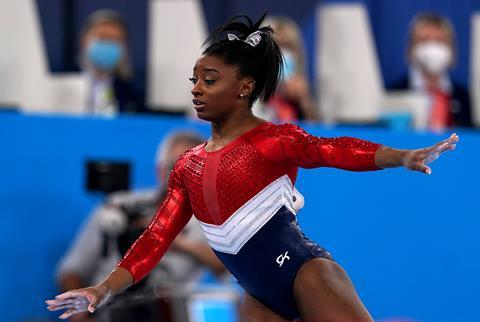 I was so tragically uncoordinated as a child that my horrified rugby coach took one look at my clumsy tumbling and immediately declared it “too risky” for me to ever participate in gymnastics again. So I feel totally unqualified to be anything other than utterly in awe of the talents and achievements of USA Olympic gymnast, Simone Biles. But, apparently, not everyone feels the same way.

When you prioritise your mental and emotional wellbeing, you will meet resistance

The internet is currently overflowing with commentary about her decision to withdraw from competition in Tokyo to preserve her mental health. You’ve surely encountered some of it by now. It was hard to miss Piers Morgan’s declaration that her withdrawal, and the rationale behind it, was “a joke”. Then Aaron Reitz, a Texas deputy attorney general, took it a step further, calling Biles a “selfish, childish national embarrassment”. Finally, never to be beaten as a source of hateful rhetoric, Youtube activist, Charles Kirk, referred to Biles as a “selfish sociopath” and “shame to the country”.

A culture of sacrifice

Even though many also spoke up on her behalf, including USA Gymnastics and a whole cast of celebrities, calling her actions heroic and declaring her a role model, my main takeaway from her experience is this:

When you prioritise your mental and emotional wellbeing, you will meet resistance

Unfortunately, this is not just true outside the Church. It is also deeply embedded within our Christian subculture. It is part of the Christian tradition to place emphasis on ‘sacrifice’ – of which, of course, the cross is the supreme example. We have always had a tendency to celebrate those who “suffer for the gospel”. I still remember the book Jesus Freaks, by DC Talk, which recounted, in gory detail, the deaths of Christian martyrs as an illustration to inspire young people to embrace trials.

To some extent, it is indeed an inescapable part of Christianity that we must, at times, “carry our cross”. But in this atmosphere, it’s no wonder so many church staff suffer from ‘burnout’. How do you draw the line between suffering for the gospel and self-harm? Doesn’t God also invite us into his rest in the very first pages of the Bible?

It may not be the same kind of pressure as that experienced by international sportspeople, but the expectations and demands of a congregation are intensely stressful. The phone never stops buzzing with urgent requests; life and death situations, hospital visits and funeral services are just a text away. I’m sure many ministers and missionaries can empathise with Simone Biles when she says she felt “the weight of the world on my shoulders at times.”

As the Church, we can learn a few things from Biles’ example.

Sometimes it is both brave and necessary for us to say “no” to that which is being asked of us, even if it is seen as being unhelpful or lazy.

Sometimes it is critical for us to take time and space for ourselves, even though people may not understand and may label it weakness.

And sometimes, toughness and grit express themselves in making a decision that may disappoint others rather than running yourself into the ground.

It’s not un-Christian to put on your own oxygen mask first in a plane crash; it just allows everyone around you the best chance of survival too.

If you’re struggling with burnout, maybe the best step forward is actually withdrawing for a season.