Following yesterday’s House of Commons debate on the divisive issue of abortion, Tim Farron MP says we need to remember the humanity of all involved 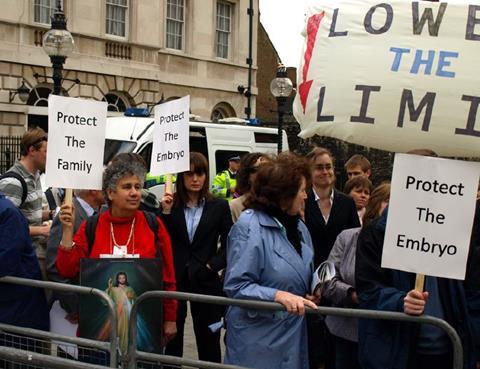 Many Christians will have written to their MPs on the issue of abortion in recent days.

This is because two ammendments were put forward in Parliament. The first aimed to effectively decriminalise abortion up to birth; the second related to an attempt to outlaw protests and vigils outside abortion clinics.

I would have voted against the first and abstained on the second - I’ll explain why in a moment. My party doesn’t have a whip on such issues, as they are considered a conscience matter, for which I am very grateful.

Arguably, the debate on abortion has become so toxic and lacking in understanding of the other side that, today, people just don’t talk about it.

We need to be able to model Christian compassion without condemnation

It seems to me that both sides can be held guilty of dehumanising someone in this story.

It doesn’t seem right to me that some people contort our language to make out that an unborn child is somehow not human.

Of course, it makes the pro-choice argument easier if you aren’t dealing with a human being, but everyone would be outraged if this language was used about any other category of person. Accepting that an unborn child is a human being does not mean that there is no credible argument in favour of abortion. But it may make that argument harder to win.

At the same time, I see others who are guilty of dehumanising the women involved, treating their experiences as abstract and unimportant. There seems to be a lack of concern for the agony and turmoil facing women who consider abortion. In focussing on pleading the humanity of the unborn child, too often I see a relegation of concern for the lives of women. And that leads to a failure to consider the panic and anger felt by those who fear that their access to abortion might be curtailed.

A right to protest

On the matter of the right to protest outside abortion clinics: as a liberal I want to defend people’s right to assemble freely and therefore, I see any amendment that seeks to limit that right as unnecessary. As a Christian, I am really not convinced that it is effective or compassionate to intimidate women who may already be in deep emotional turmoil. Many will say that holding a prayer vigil isn’t an act of intimidation; a woman in distress heading into the clinic will probably see that differently. It won’t appear to her as a kind act. And let’s consider who is meant to be the audience for our prayers. If it is, of course, God, there is no need to conduct such a vigil for public effect. Anyhow, that’s why I settled on an abstention on that issue.

You may draw different conclusions, but regardless, we need to be able to model Christian compassion without condemnation. We can recognise the awful situations that many women considering an abortion find themselves facing whilst still maintaining that unborn children are undeniably human beings and should, as the most vulnerable members of society, be protected.

There’s no way that this issue is not going to be emotive, but it is perhaps our responsibility to seek to recognise the humanity of all involved, to genuinely love and seek to understand others - even if in return we are treated with hostility.