There’s no separation between faith and politics

The Church is not a political party and the Bible is clearly not a manifesto. But when ministers criticise Church leaders for being too political, they are fundamentally misunderstanding the nature of politics, says Tim Farron - and the Christian faith 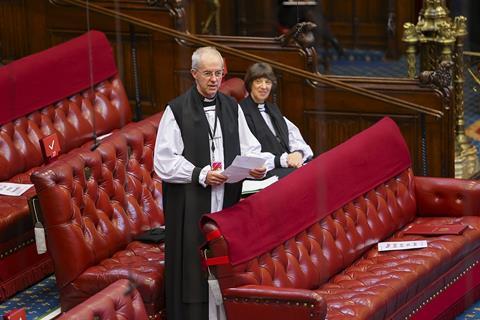 Church leaders have once again landed themselves in the headlines for commenting on politics. Archbishops and bishops have been vocal in their opposition to government policy to deport asylum seekers to Rwanda. In response, cabinet ministers have warned the Bishops Spiritual that they are on track to get themselves thrown out of the House of Lords for such behavior.

Conservative MP Lucy Allan took to Twitter to caution that “when the Church takes a strong political stance, it forgets that many of its congregation, who do not share its view, will feel alienated and unwelcome.” Like the Archbishop, I am also a Christian parliamentarian (albeit an elected one) and I tend to attract the opposite criticism. Usually along the lines of: “Stick to politics and stop talking about God!”

In my view, this is a false divide. Society assumes a separation between the serious business of the secular world and a supposedly private, disembodied faith. In reality, to be political is to care about how society is run and how people are treated. And the Bible is clear that God made every human being in his image, precious in his sight (Genesis 1:27). Therefore, it follows that he cares deeply about how we treat one another. The Bible is also clear that those who lead us are given their authority by him, and that they will be held accountable for their actions (Romans 13:1).

At the same time, the Church is not a political party and the Bible is clearly not a manifesto. To respectfully - but firmly - disagree with Lucy Allan, we must say that the Church does not exist to represent the views of its members or to appease their consciences, but to speak the truth of the gospel and share the love of God.

As a Christian involved in the bread and butter of politics, I confess that I am often tempted to be tribal and not to see the other side of an argument. When faced with opposition, we often double down on our own opinions and fail to understand how anyone can think differently. In this, the authority of God expressed through the Bible should be our lodestar; as we read it, we seek the guidance of the Holy Spirit in revealing eternal truths that are current for us today.

In the pages of scripture, we are bound to find things we disagree with, parts that make us uncomfortable or which contradict current norms, culture and customs. We are good at pulling out texts to back up what we think, but we also need to look at the whole sweeping story of creation, the Fall and redemption as we seek to understand God’s heart though its broad themes.

Jesus sought justice on earth for the poor, the needy and those who were neglected by powerful rulers. He primarily preached the salvation of souls but he also got stuck into the reality of the lives of those around him. In turn, he encourages us to love others as we love ourselves (Matthew 22:39) - not mushy, saccharine theoretical love, but the gritty, painful, sacrificial love he first showed us. Jesus burst into a world of sickness, fear and fallen humanity, and it led him to the cross.

Standing up for truth

But perhaps where government ministers have most seriously misunderstood the Church is in failing to understand that, ultimately, the message of the Bible will offend. In a culture where we are encouraged to seek our own destiny and be our own salvation, it is offensive to be told that we are all sinners in need of forgiveness, and that we simply cannot do this by ourselves. To be told that there is one above us, who is almighty and to whom we must give an account (on his terms, not ours) is not always received with joy.

Which means that while Conservative ministers should be offended by what church leaders have to say at times, they most certainly shouldn’t be the only ones.