The Platinum Jubliee is an evangelist’s dream

The Queen’s faith is an example to us all. Talking to others about it this weekend is a great opportunity for Christians to celebrate Elizabeth and glorify Christ, says Mark Greene 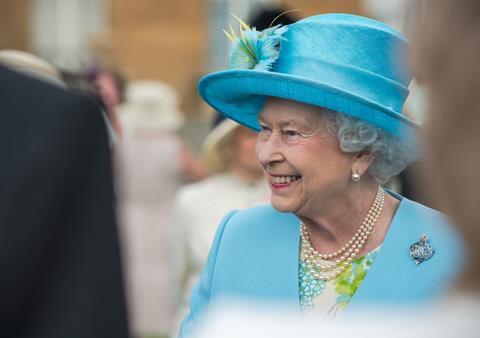 The Queen’s Jubilee is an evangelist’s dream. And a gift to any Christian wanting to have a conversation with a friend, colleague, family member or random stranger about values, beliefs, faith and Christianity.

After all, with massive media coverage and millions of people popping corks and inhaling lemon jelly trifles at Jubilee parties, the most natural question you could ask anyone is: “What do you think of the Queen?”

That would surely open up an opportunity to talk about what you appreciate about her which, of course, may include anything from her love of corgis to her hard work, integrity and dignity. But it could also, quite naturally, include the way her faith in Christ has made her the extraordinary stateswoman that she is.

Yes, most people know that Queen Elizabeth II is a Christian, but how deep does that faith go?

Her Christmas speeches reveal an extraordinarily rich picture. Over the years, she has described Christ as “‘the bedrock” of her faith, her “inner light”, her “anchor” and a “compelling example”. These are not only strong statements but also somewhat original. Calling God a rock is common in the Bible, songs and prayers but I’ve never heard anyone describe Christ as their “bedrock”. It suggests something stronger and even more immovable than even a rock.

Similarly, Christ is often described as light, but “inner light” suggests an intimacy with Christ that is reminiscent of Christ’s promise in John’s Gospel to abide in us (John 15). In the same vein, the call to follow Christ as our example is common, but the addition of “compelling” suggests an intensity to the Queen’s admiration for Christ and her desire to obey him. It is a point she makes explicitly in her 2000 Christmas broadcast: “For me the teachings of Christ and my own personal accountability before God provide a framework in which I try to lead my life.”

It is this example of servanthood that has shaped her self-identification as ‘servant’ of her peoples: “For that child [Jesus] was to show that there is nothing in heaven and earth that cannot be achieved by faith and love and service to one’s neighbour,” she said in her 1962 Christmas broadcast.

Indeed, the call to neighbourly love is one of her most recurring themes, featuring in over 50 of her 70 Christmas addresses. For her, loving our neighbour should be proactive, not just reactive: “In difficult times we may be tempted to find excuses for self-indulgence and to wash our hands of responsibility,” she said in 1980. “Christmas stands for the opposite…we need to go out and look for opportunities to help those less fortunate than ourselves, even if that service demands sacrifice.”

This concern for the marginalised is reflected in her calendar. Elizabeth, like her predecessors, has spent an enormous amount of time visiting hospitals, schools, youth projects, community centres and many of the 600 charities that she’s patron of. And she doesn’t have to do any of it.

In Deuteronomy, 17:14-20, the monarch is called on to read the scroll of the law “all of the days of his life, so that he may learn to revere the Lord and follow carefully all the words of this law and these decrees”. We know that the Queen is a regular reader of the Bible. But the verse goes on: “…and not consider himself better than his fellow Israelites.” Regular engagement in God’s word is not only intended to foster obedience, but prevent that sense of entitlement or superiority that high rank can so easily generate, and which we see in Putin and his oligarchs and, sadly, closer to home too. In the Queen’s case, there is not a smidgen of such entitlement in the way she treats others or behaves herself. Even at her own husband’s funeral, it would never have occurred to her to do anything other than socially distance, as everyone else had to.

We need to look for opportunities to help those less fortunate than ourselves, even if that service demands sacrifice

Perhaps Queen Elizabeth has something in common with King Hezekiah, of whom it was said: “Hezekiah trusted in the Lord, the God of Israel…He held fast to the Lord and did not cease to follow him; he kept the commands the Lord had given Moses.” (2 Kings 18:5-6).

Such rulers are indeed a blessing from above. As we celebrate the jubilee, let’s remember to pray for our Queen, and give thanks for her Godly example. And take the opportunity, where it presents itself, to follow her example: to love our neighbours and talk about the importance of our faith.

The Queen’s Way, a fresh analysis of the Queen’s faith through her own words, is now available is available to read and share for free on the LICC blog. Paperback copies are available via the LICC shop.