The truth about Billy Graham's friendship with The Queen

Billy Graham goes to the grave with secrets shared with him by monarchs, presidents and prime ministers, including our own Queen.

A Buckingham Palace spokesperson has confirmed the Queen sent a private message of condolence to Rev Graham's family this week. Their conversations remain private. But there are glimpses of their friendship in the evangelist's autobiography Just As I Am.

The pair first met in 1955, a year after Graham came to London for his first crusade in the city, which attracted 2 million people over 12 weeks. He returned the next year for a week of rallies at Wembley Stadium, and preached at Windsor Chapel by royal invitation.

The Netfix series The Crown speculated on his first meeting with the Queen. Did he break his ‘Billy Graham Rule’ to meet alone with a woman who was not his wife? The Crown dramatized an imaginary conversation about forgiveness, but they were wrong on at least one count.

In the Neflix series the Queen Mother (played by Victoria Hamilton) talks disparagingly of Graham as "someone who learned their trade selling brushes door-to-door in North Carolina" and describes him as "a zealot".

However, in Just As I Am, Graham described the Queen Mother as "gracious".

Billy Graham felt the Queen was "quietly supportive" of his mission

"The Queen Mother always impressed me with her quiet but firm faith. The last time I preached at Windsor, as I walked in I saw her sitting over to my right, with others in the royal family. She deliberately caught my eye and gestured slightly to let me know she was supporting me and praying for me."

Graham also wrote appreciatively about the Queen: "No one in Britain has been more cordial toward us than Her Majesty Queen Elizabeth II. Almost every occasion I have been with her has been in a warm, informal setting, such as a luncheon or dinner, either alone or with a few family members or other close friends."

He recognised that she couldn’t openly endorsing his Crusade meetings, but he felt that the invitations to preach at Windsor and Sandringham showed she was "quietly supportive of our mission".

He admired the Queen’s knowledge of "a wide variety of issues, not just politics" and her unpretentiousness. He recalled a visit to Sandringham in 1984 with his wife Ruth: "Ruth and I walked past a woman wearing an old raincoat, Wellingtons, and a scarf; she was bent over fixing some food for the dogs. We thought at first she was one of the housekeepers, but when she straightened up, we saw it was the Queen!

"I always found her very interested in the Bible and its message. After preaching at Windsor one Sunday, I was sitting next to the Queen at lunch. I told her I had been undecided until the last minute about my choice of sermon and had almost preached on the healing of the crippled man in John 5. Her eyes sparkled and she bubbled over with enthusiasm, as she could do on occasion. 'I wish you had!' she exclaimed. 'That is my favourite story.'"

On one occasion when Billy Graham was visiting the Queen she was preparing her annual Christmas broadcast.

"To illustrate a point, she wanted to toss a stone into a pond to show how the ripples went out farther and farther. She asked me to come and listen to her practise the speech by the pond and give my impressions, which I did."

It is likely that the speech was the Queen's Christmas Broadcast of 1975, which was broadcast from the gardens of Buckingham Palace. That year, as she often does, she reminded viewers and listeners of the reason for the season.

"We are celebrating a birthday - the birthday of a child born nearly 2,000 years ago, who grew up and lived for only about 30 years…His simple message of love has been turning the world upside down ever since."

She went on to encourage everyone to follow Christ’s teaching to "love our neighbours".

And she added: "If you throw a stone into a pool, the ripples go on spreading outwards. A big stone can cause waves, but even the smallest pebble changes the whole pattern of the water. Our daily actions are like those ripples, each one makes a difference, even the smallest. It does matter therefore what each individual does each day." 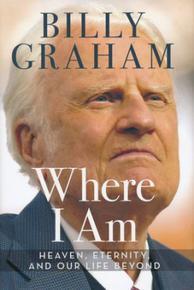 The ripples from Billy Graham’s life have certainly made a difference to millions of lives, including our Queen's.

Catherine Butcher is co-author with Mark Greene of The Servant Queen and the King She Serves, and Communications Director for HOPE, which published the book with Bible Society and LICC.