The Christian Faith of Elvis Presley

Today marks the 45th anniversary of Elvis Presley’s death, but there was more to ‘The King of Rock and Roll’ than most people realise, says Madeleine Wilson 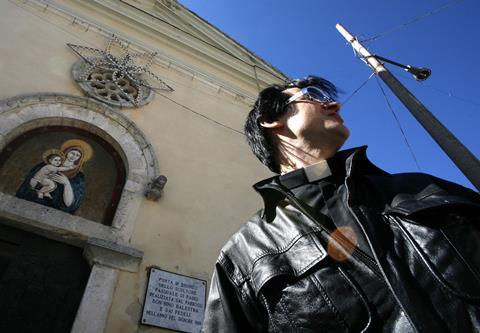 Elvis Aaron Presley was brought up in the Bible Belt of the USA, where praying, praising God and discussing spiritual matters was not only for church meetings but was also part of many people’s everyday lives. That was certainly the case with the Presley family and their friends. Consequently, Elvis knew his Bible well and was taught at an early age to pray and trust in God.

There is no doubt that his first flush of fame took him off the narrow path. He always acknowledged, however, that his voice was a gift from God. In later years, as he matured and began to reflect on his purpose in life, he became convinced that he was to use his voice to sing of God’s love, goodness and mercy. He had many times in his later years expressed his desire to perform a full gospel concert, and at the time of his death, plans were in hand for this to happen.

A personal relationship with God

Elvis’ idea of religion was not necessarily about attending church, but rather focused on a personal relationship with God and how one should live one’s life.

If, however, you are talking about his awareness of God, his generosity with his money, spending hours counselling and encouraging relatives, friends and fans from the word of God. As well as successfully praying for people to be healed, then I would say his lifestyle was fully in step with his Christian faith. And that’s before even considering the way he honoured his parents by buying them their dream home and living with them, or the ways in which he was sweet-natured, not harbouring bitterness, having a sense of fun and joy for life, and crying out to God in anguish for forgiveness and direction.

So, what evidence do we have of these positive Christian traits?

Elvis recalled to a friend, that when he got saved at the age of nine, he was suddenly filled with a wonderful spirit and wanted to bless people. He came from a very poor family and all he had in the world were his comic books. So, he got all his comics together and ran out into the street and started giving away his prized possessions to the children in his neighbourhood. Later in life, when he was wealthy, his gifts became more generous and he gave away and bought for family, friends and complete strangers, houses, cars and jewelry. In 1975, at a concert he took an expensive diamond ring off his finger and gave it to an amazed fan standing by the stage. He also paid for people’s operations and hospital fees.

Counselling and awareness of God

When Elvis was filming in Hollywood in 1956, he became friends with fellow actor Nick Adams who remembers many spiritual conversations he had with Elvis. Adams was amazed that Elvis, although he was hurt by the criticism he was receiving about his “outrageous” concert performances, could forgive everyone who was vilifying him. Elvis responded to this by telling Adams that he could overlook it all “because God knows my heart and I can say [quoting Jesus] ‘forgive them Lord for they know not what they do.’”

Elvis also told Adams that in 1953, after seeing his father sitting on the bed with his head in his hands because of their financial difficulties, that he asked God to help him so he could help his father and that he “sincerely believed that a miracle would happen and sure enough it did!” That was the time immediately after his graduation when Elvis went to the Tennessee Employment Security Office, desperate for a job, saying he “must help his father work off financial obligation”. He said that God answered his prayer so fast – in August the next year – that he still didn’t know where it all started.

Crying out to God

Elvis’ church activity involved was watching TV evangelists, reading his Bible, singing gospel songs and seeking out ministers while on tour. In 1974 he met with evangelist Oral Roberts in Tulsa Oklahoma and in 1976 he met with Rev Rex Humbard and his wife. Rex was amazed at Elvis’ knowledge of the Bible, both the Old and New Testaments, which he started quoting very soon into the conversation.

Several ‘letters’ scribbled by Elvis on hotel notepaper in 1977 have been found, one saying “Lord please give me dignity and grace so that I can have the strength to face these last days that seem to run fast. Give me some more time to do what I can. So that facing death is not a penalty. Please Lord, that’s all I’m asking.” “Psalm 54” was written at the bottom of the page.

Of death Elvis told a friend: it just means you don’t have that worn out body. “You’ve got a great new spiritual body like Jesus, and you’ve left this pain filled world.”

Although Elvis was known as the ‘King of Rock and Roll’, his favourite music was gospel music. Of it he said: “All I knew was gospel music. It became such a part of my life it was as natural as dancing. A way to escape my problems and my way of release.” After shows he would sing gospel songs with his backing singers until the early hours.

He did not like being called ‘the King’ and would always correct people. One time when a group of girls stood up in a concert holding a banner saying, “Elvis, you’re the King”, he stopped singing and said: “No, honeys, there is only one king and that is Jesus Christ”.

Madeleine WilsonMadeleine Wilson is a Yorkshire born retired research scientist and teacher. She became an Elvis fan in 1995 and started researching Elvis’ life. This has resulted in her book Elvis Presley Gospel Singer - An Inspirational Life, published this year. It's available as a full colour paperback from bookshops and Amazon where it is also available as an eBook.