Should Christians join the social media boycott this weekend?

Sport will go silent on social media this bank holiday weekend after platforms fail to address the issues of online abuse. Here’s why Christians should get involved, says David Chawner of Sports Chaplaincy UK 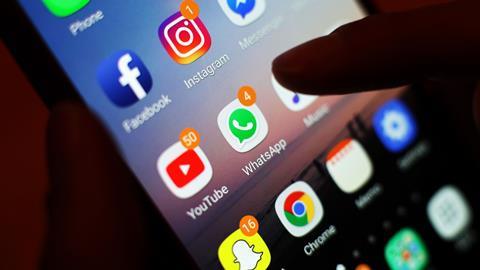 “Sticks and stones may break my bones, but names can never hurt me” – that is what I used to say as a child. I now know that it’s not true. Words have real power. They can cut deep, damaging and destroying confidence and reputations. And it is not just in direct use that words wound. There is also the invidious power of insinuation, leaving you wondering what was really meant.

Social media is simply a vehicle for words - harmless enough in itself but with potential to be used maliciously. However, these words are not delivered face to face but abstractly, often emboldening the user to abuse and attack without having to confront the object of their vitriol, and apparently without consequence or sanction; a situation all too common in sport.

Our words have consequences

But there are very real consequences for the recipient, whether that verbal violence is around race, gender or performance. The effect of the perpetual drip-feed can overwhelm and consume even the strongest character, affecting mental health and sometimes even leading to suicide.

So far, social media companies and governments appear unwilling to act decisively against this online abuse. That is why, over the May bank holiday weekend, sport has chosen to lead a nationwide boycott of social media, and Sports Chaplaincy UK have allied ourselves to that action. This may appear a merely symbolic gesture, but it is part of a concerted effort to raise awareness of the seriousness of the issue and force social media companies and the authorities to act against it.

But why would a Christian organisation get involved? I believe this is more than just a social or pastoral issue; it has solid theological roots.

James, in his letter to the early church, has much to say about the use of the tongue - or rather what we do with it. He points out that: “With the tongue we praise our Lord and Father, and with it we curse human beings, who have been made in God’s likeness.” (James 3:9) This is equally applicable to fingers on a keyboard!

Are our words, spoken or written, damaging those God loves or helping them grow in him?

Therefore, any abuse of another human being is an abuse of someone God created and loves – someone Jesus died for. It is harming and destroying that which is precious to our Heavenly Father. As such, in the name of Jesus Christ, we must stand against it.

But this goes far beyond attacks on sportspeople. If I genuinely believe this, I am compelled to take such a stance in every area of life, engaging in the spiritual battle against him whose only objective is to steal, kill and destroy. However, I must also take responsibility for my own words and their potential effect on others, both spoken and written. Are they damaging those God loves or helping them grow in him?

Our dream in Sports Chaplaincy UK is to see an expression of God’s love and compassion in every sporting community. May we all be such an expression in word and action, in whatever community we find ourselves in this weekend.