Pilate asked ‘What is truth?’ Boris Johnson & Co live by the same creed

It might be risky to transpose the events of the Passion of Christ into today’s context. Nevertheless, George Pitcher reckons there are some disturbing parallels when it comes to today’s political leader’s understanding of Truth 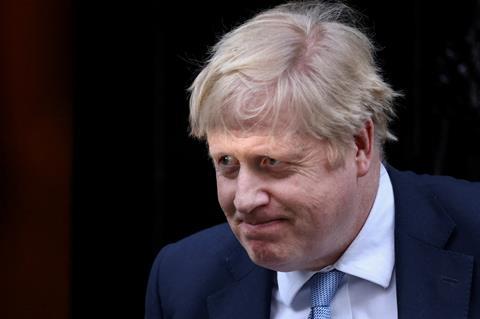 When Caiaphas, the high priest in Jerusalem some 2,000 years ago, tells his Sanhedrin that “it is better for you to have one man die for the people than to have the whole nation destroyed” (John 11:50), he could have been speaking for Tory backbenchers who preside over the political life and death of their prime minister, Boris Johnson.

We should exercise the utmost care, of course, in transposing the events and issues of the Passion of Christ into a contemporary context. Not least because re-casting the characters in the trial of Jesus of Nazareth might seem to imply some moral equivalence between the Nazarene and Johnson. Whatever juvenile messianic delusions the latter may harbour, his aspirations to be World King are in entire contrast to the real thing; for one thing, there is a distinct lack of any concept of servant ministry in today’s polity.

But if we cast the Christ in our current political scenario as the Truth – as we always should – then the bit players around him, who decide his fate, very much do bear comparison with the way our public figures are behaving. And what they all bear in common is greater concern for their jobs and security than for any witness to the Truth.

I’ve almost dealt with the role of Caiaphas. Tory grandees, such as David Davis and Theresa May, see the “nation destroyed” through the prism of their idea of the Conservative brand, which daily grows more contaminated for the electorate of Britain by Johnson’s premiership.

For the 2019 intake of Tory MPs – and especially for those in newly-won Conservative seats in the north of England – it’s more simply a concern that they will lose those seats at a general election that may prove to arrive sooner rather than later. Opinion polls and the anecdotal evidence of their email inboxes are showing intense levels of buyers’ remorse among their erstwhile voters.

What both these types of Tory backbencher share in common is Caiaphas’s political pragmatism. Caiaphas was concerned that the Roman authorities would come down like several thousand tons of their architecture on any local insurrection. The sacrifice of “one man” is more than worth avoiding that fate.

Oh, what irony that the Truth prevails through that sacrifice in ways of which the high priest cannot possibly conceive – but that’s another story. For now, let’s just note that Tories want more than anything else to avoid insurrection at the polls. And that’s, incidentally, why they blow so hot and cold – grumpy in the House of Commons at Johnson’s disastrous, supermarket-trolley performance at the despatch box; waving their flags at him in acclaim when he produces a barn-storming performance for them in private afterwards.

Now, who do we cast as Pontius Pilate in this scenario? That’s easy. Step forward Dame Cressida Dick, Commissioner of the Metropolitan Police. Like Pilate, she desires two things above all else: Absence of initiative so she can’t be judged against it and the protection of her job at all costs.

Those desires serve Johnson’s regime well. Late to the party (in every sense), she virtually no-platformed senior civil servant Sue Gray’s report into illegal carousing at Number 10 during the pandemic lockdowns. She has bought him more time.

She shares Johnson’s career instincts: Never explain, never resign. From the shooting dead of an innocent young commuter on the London Underground in 2005 by armed police on her watch, to the brutal breaking up of a women’s vigil for the murdered Sarah Everard last year and the serial failures of her force to protect Ms Everard from her murderer, a serving police officer, Dick has always refused to consider her position.

Her response to censure is the same as Johnson’s: “I’ve a job to do”. (If only they’d do it, comes the reply.) Like Johnson, she considers resignation a sign of weakness rather than honour. She shares his instincts for self-preservation at any cost to anyone else or any institution they represent. Her instinct will be to protect him, because they are one of a kind. And she owes her renewed contract last year as Commissioner to Johnson.

Dick will of course throw Johnson to his parliamentary mob as and when the time comes to protect her own job over his. Pilate’s imperative was always to balance the interests of the Emperor Tiberius in Rome with the demands of localised interests, to hang on to his job. So it is, in different ways, with both Johnson and Dick.

But here is why these dreadful performers matter: When the Christ stands before Pilate, the Roman governor asks the rhetorical question “what is truth?” and doesn’t bother to wait for a reply. Because the answer to him is self-evident – truth is subjective and as such is whatever you want it to mean under whatever challenging circumstances you’re presented with.

That is also the creed by which Johnson and his cronies live. But there is also a Truth with a capital T, before which Caiaphas and Pilate stand and by which Johnson and Dick and all of us are measured and judged, even if we fail to recognise it. It is an objective rather than subjective truth and it’s a Truth that’s eternal and unchanging. But it really, really matters.