Christians long for leaders who are people of integrity and godly character, says Ross Hendry as he urges us to pray for our politicians 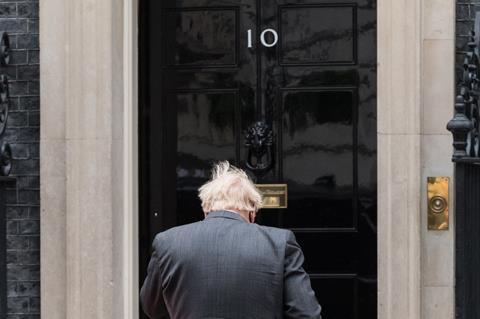 The Prime Minster won the ballot. He survived the no confidence vote. He lives to fight another day. “Down but not out” – neither out for the count nor, out of the woods. Far from it.

Speculation about the Prime Minister’s future will not go away, and indeed may only increase after last night’s vote. We will be overwhelmed by reports from all sides. That this is the time for focusing on fixing our many challenges and difficulties as a nation is true. Even if we suspect that message from the PM and his supporters is a distraction tactic.

Yet this is a serious time, and we need grown up politics for the complex trials ahead. The role of the Prime Minster deserves our respect and our prayers, and the current post holder is no exception. Not so that he can hold on to power or position, but because, as Christians, we desire him to become the person God wants him to be, to repent as we all have and find forgiveness and new life in Christ.

In times like this we long for leaders who are people of integrity and godly character; people with a vision that inspire hope. I want all our national leaders – not just the Prime Minster - to represent the best of us. I want to be led by those who make us want to be better not just feel better.

We need leaders who willingly sit under authority and not those whose single desire is to wield it; we need leaders who acknowledge that they are accountable to a higher authority.  But every leader is human. We must be careful to look at ourselves before casting the first stone. When I put my hope in a human leader, the only certainty is that my hope will one day be disappointed.

That is not a reason to give up on good leadership. We are fortunate enough to have many outstanding people in Parliament. People of integrity who entered public life with a desire to serve and work for the good of others. We must pray for them, those who serve in government and those on the backbenches in every party. We need men and women who will be light in darkness, be courageous, and hold lightly to their own esteem.

For some MPs it is true that the single most important question over the last few weeks has been “who will help me win” or “who will defeat my opponents.” This makes me sad, but I have to admit that on too many occasions, I am complicit in prioritising the same desire to serve myself and my own cause. Followers of Jesus must consider higher questions and ask them of those in leadership.

So, I would urge you to get to know your MP, if you haven’t done so already. Here are some questions you could put to them:

In what (or who) do you place your hope?

My hope is in Christ alone. I do not expect everyone to agree with my own belief and faith, but I worry about leaders who trust in fallen institutions and worry even more for those who trust in themselves. And I do have a hope that redemption is possible and will one day be complete.

What does truth mean to you?

I believe in a Messiah who said, “I am the way, the truth, and the life.” I believe that there is such a thing as the truth. My truth is not always the truth, and simply saying something is true from my perspective does not make it so. I respect what others think and feel but that does not make something true and believing it does is dangerous when making laws and leading others.

What does respecting every life mean to you?

When does life start and end? What does it mean to respect every life as precious, and love every person because they are made in the image of their Creator? Who are the widow and the orphan, the alien, and the poor in our nation today and who will protect, advocate and provide for them?

How will you cultivate greater civility and grace in public life?

We are blessed to live in a democracy, but in our current age every politician faces the temptation to be popular before doing what is right for the welfare of others. To hear the loudest and respond to the powerful. Politics is the space for all voices to be heard, and ideas to be debated and tested. Our politics should not reflect, prioritise, or reward those who simply shout the loudest.

When did you last say sorry (and truly mean it)?

My Bible heroes knew when to say sorry and repent. Sometimes they did so when called out by prophetic voices, sometimes when their heart was broken at the sin and injustice they saw in themselves and the nation. In our public life, apologies can be cheap and change superficial. Like my Lord, I long for the humble and contrite in spirit to be our role models and leaders.