Matt Hancock can’t earn his forgiveness in the jungle, but God will freely give it to him if he asks

By showing that he can brave the insects and the ick factor, Matt Hancock is hoping to rehabilitate himself in the eyes of the nation. But even if he wins I’m a Celeb, will the public penance really offer him the release that he is seeking? And what happens if he doesn’t? 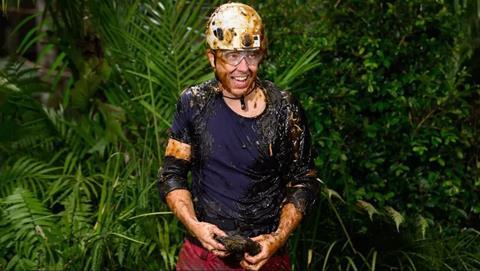 Crawling through dark tunnels full of snakes and bugs, eating unmentionable animal parts and getting bitten by a scorpion…Former Health Secretary, Matt Hancock, has defended his arrival in the I’m a Celebrity jungle by saying there are “many ways to do the job of being an MP”. I must check, because I don’t think I saw any of those on my job description!

Politicians taking part in reality TV shows is not a new phenomenon. Nadine Dorries, Penny Mordaunt, Ed Balls and Lembit Opik have all taken on the mantle of ‘reality TV politician’. In my time, I have turned down Celebrity Dancing on Ice (a second-rate Strictly) and The Island with Bear Grylls (a second-rate I’m a Celebrity) - so we’ve established that I’m the type to get invited on second rate celebrity shows. But I said no because, as it happens, I have a more-than fulltime job being an actual MP.

Matt Hancock has explained to his camp mates that he wanted to reveal his “human side”. He had become known as the man in charge of hospitals and care homes during the Covid-19 pandemic, who banned people from visiting ill and dying loved ones but who resigned for breaking the rules himself. He clearly feels that his reputation can’t get any worse, and is gambling everything on his performance in a show watched and discussed by millions. Including us!

If we cannot save ourselves and others will not save us, where do we turn?

But as well as providing some cringey entertainment, and what has been compared in an opinion piece in The Guardian to a public flogging, I think we are actually witnessing a culturally significant event. In one of his most revealing comments so far, the disgraced MP told fellow contestants: “What I’m really looking for is a bit of forgiveness.”

In a society where we no longer look to faith to provide meaning, salvation or forgiveness, people are judged and condemned by social media and public opinion. So it’s a logical step for a public figure such as Matt Hancock to seek penance and redemption via TV votes. If we don’t believe in a God who provides forgiveness, we have to seek it from our peers.

I’m a Celebrity has already been described on Twitter as the “Hancock redemption show”. He knew he would be chosen for all the unpleasant tasks, and through this he is seeking salvation by works (Ephesians 2:8-9), taking punishment from those who suffered during the Covid-19 lockdowns. By showing that he can brave the insects and the ick factor, he is hoping to rehabilitate himself in the eyes of the nation.

But seeking redemption from our fellow humans is messy and complicated. As our culture seeks to fill the gap left by Christian faith, we become responsible for the creation and maintenance of our own authentic selves. But when we lose the good opinion of others, we are left with the possibility that we will be cast out forever. Many who are angry and hurt by Mr Hancock’s actions have declared that he will never receive forgiveness. And what then? The opinions of others become capable of making or breaking us.

Perhaps this is why Matt Hancock feels he has nothing to lose. But it seems to me a cry for help. He clearly bears a burden of guilt for mistakes that were made, and feels the weight of other people’s anger and blame. But even if he goes on to win the show, will the public penance really offer him the release that he is seeking?

When we seek our redemption from some power within ourselves or others, there is always the fear that we will not to be good enough. And then we have nowhere to go. If we cannot save ourselves and others will not save us, where do we turn?

The free gift of grace

As Christians, it is liberating to know that, actually, we can never be good enough. But Jesus has taken our shame and guilt at the cross anyway. Our peace of mind and eternal wellbeing is not dependent on the fickle opinion of other humans, or on undertaking humiliating or painful trials.

We can seek salvation by works, or we can take the unearned and freely given gift of acceptance from the creator of the universe. That is God’s grace and, as we watch Matt Hancock’s jungle journey, we have a great opportunity to share it with those around us.

If we don’t believe in a God who provides forgiveness, we have to seek it from our peers

Our graceless culture encourages us to believe that we don’t need forgiveness – yet contradicts itself by swiftly condemning others who think, say or do the wrong things, often without any possibility of forgiveness. So perhaps we should be grateful to Matt Hancock for acknowledging that forgiveness is something he needs. Self-awareness isn’t something I would normally credit Mr Hancock with but maybe, on this issue, he has shown more of it than some.

Let’s pray that through their time in the jungle, Matt Hancock and his fellow contestants will start to seek the source of real and permanent forgiveness and peace.