Hillsong United and Chris Tomlin have been criticised for offering VIP tickets on their new tour. But Rend Collective’s Chris Llewellyn believes the practice can be justified, and may even be necessary in order for worship events to survive 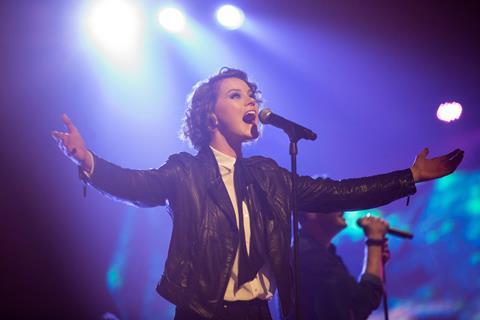 I must confess to being somewhat halfhearted as I write this. It hasn’t ever really been my style to defend the Christian music industry from attack but rather to grab a pitchfork myself. I’ve written many times on the subject of Christian celebrity culture and my discomfort with it. I’ve even warned against the practice of VIP tickets before, if that’s any indication of how conflicted I am - I wrestle with this. An apologetic on behalf of the industry itself is definitely a departure.

My first obstacle is that I can’t really start from a strong position because I sell VIP tickets sometimes (gasp!) .I’m also friends with the people at the centre of the most recent controversy. It would be understandable if people felt that tainted my testimony - although I might suggest that it also gives me necessary experience and knowledge from which to speak.

Secondly my line of argument stems from the completely unsexy world of practicalities and infrastructure. I won’t enjoy any of the lovely moral high ground from which I normally like to do my talking - that always belongs to that idealistic person who proclaims that everything vaguely Christian should be free and who is unshackled from the burden of making an event actually happen in the real world.

Let’s just be clear right now: every single Christian event you have ever attended cost money.

From bread for communion, to heating for the building, to simply paying for the Jaffa Cakes at your house group - someone paid the bill, by some mechanism.

These mechanisms range from asking for 10 percent of your income or a tithe, to asking benefactors or patrons to pay so less fortunate people don’t have to, to selling mentorship programs and merchandise/resources. All of these have their pros and cons and a bit of a sense of moral greyness when you examine them thoughtfully. The paid mentorship model is not personally offensive to me - “a worker is worth his wages” - but I can see how it is somewhat murky. Can you sell discipleship? Again, that’s not an attack…but it’s certainly another conversation well worth having. It illustrates the point that we all have our ideas about how Christians should act around money and the morality is not always perfectly apparent. We all draw our lines in different places.

One of the main mechanisms by which large Christian concerts actually break even is via upgraded ticketing - think “VIP experience” - or through sponsorship. I can say confidently that without these things my own band would be unable to tour. This is because we already reduce our ticket prices to staggeringly low rates compared to equivalent artists in the secular world to make the concerts as accessible as possible. (And this is true across much of the industry.)

Streaming has also radically transformed the economic landscape of music and has meant that the live show is now the only remaining significant source of income for a musician. Music sales are dead.

So how do I reconcile myself to the idea of a VIP ticket?

Honestly I’m still a touch uneasy with it, but I have found ways to make it palatable.

The VIP is not the artist

We should recognise that the whole concept is that the VIP is not the artist but rather the guest.

We don’t pay to see the VIP, we pay to be the VIP.

It’s an opportunity for a deeper connection, to have a bit of extra fun and to have an enhanced experience for the ticketholder; not to create a pedestal for the artist. It’s not an ego trip. It is a means of the artist serving the guest and making themselves more touchable and human - not more “elite”.

As with everything, it is what you make of it. You can use this opportunity to advance your sense of celebrity status or to subvert those notions by being yourself and choosing to listen, be available and be real. For me it’s not a question of VIP experiences being inherently bad, but rather that there are better and worse ways of setting them up.

Yes there’s a pricetag for this service, but in a world of compromise, I’d rather offer this service at an extra charge to people who have expressed that they want it, than have to have a more expensive ticket for everyone. And that’s not to pay for my Tesla (reality: 2009 Mini Cooper. Chassis status: rusty).

The music industry is struggling

Covid has ravaged the music industry. The most affected in this situation are often not the artists: it’s about everyone from venue staff, to touring technicians, to bus drivers, to security personnel. We need methods of creating breakeven and profitable events, not so that artists can live more comfortably but more so that the entire community can survive.

In my view, it’s pretty gauche to choose this season to attack the industry, or at least one of the few effective revenue streams available to workers, just as they are staggering back to their feet.

I would never want to see language like “VIP” used in connection to a church service or membership…but that’s not what we’re doing here. This is frankly a form of entertainment. Worshipful entertainment. A healthy form. But entertainment nonetheless. The concert is not meant to be at the centre of our faith lives but rather an optional extra. An encouraging way to have a special night.

Worship is and always will be a whole lifestyle. What we’re doing when we gather for these concerts might be an extension of that lifestyle but its not the heartbeat. It can’t be and it shouldn’t be. So I don’t think having a VIP ticket is having any effect on access to the gospel (not when so much of Christian music is available for free anyway). I don’t see it as selling spirituality or worship but just photographs and seats. Your faith can thrive and flourish without ever attending this type of event. It’s not like selling a ticket for communion.

Don’t get me wrong - I think it’s right to continue to examine the Church’s role in promoting celebrity culture and its damaging outcomes. I spend a lot of time considering the impact of my work.

I wonder if it’s the language of “VIP” and its roots in a toxic culture that is unhelpful and provocative? Can we appeal less to this ugly side of human nature? For instance, selling a “fun photo with the band” is different to creating almost a class distinction among ticketholders.

Maybe there are new ways to retain the necessary income from VIP style ticketing while also holding on to the idea that there are no celebrities in the kingdom of God, just ‘celebrators’?

Are there ways to support touring which lean more on the idea of being co-labourers, than fans and superstars?

The alternative at the moment I fear, is to lose the idea of quality live music in the Christian space altogether. And if I thought it was truly evil, I would like to think I would be willing to let it die. But I’ve seen too much good rise out of this imperfect system to abandon it altogether. Thousands of people beginning relationships with God. Broken and cynical people finding sparks of joy amid confetti cannon bursts. The strong sense of God’s presence with his people.

On my current tour I’m not selling a VIP style ticket, because miraculously this time I don’t have to in order to breakeven. But if I have to, I’ll do it again, maybe with a little bit of a sigh, because this flawed and fractured industry is still somehow letting light in through the cracks.