I was once a refugee. Justin Welby was right to criticise plans to send asylum seekers to Rwanda

Priti Patel wants the Church to offer solutions to the refugee crisis rather than criticism, but that isn’t their job says Bishop Guli. The government has long recognised the work that the Church does in welcoming refugees. It would do well to listen to their moral guidance too 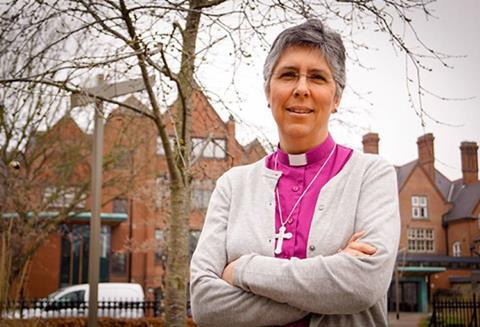 On Easter Monday, I wrote to the home secretary, Priti Patel, about the government’s proposals to process asylum cases in Rwanda. I wanted to stand full square behind the Most Rev Justin Welby, Archbishop of Canterbury, who had expressed his own, very serious reservations about the proposals in his Easter Sunday sermon.

I also decided to write to the home secretary, who is a member of parliament in the Chelmsford Diocese which I serve, because my own lived experience as an asylum seeker makes me extremely anxious about this scheme and its implications.

The Government’s proposed policy treats the most vulnerable in our midst in a cruel and inhumane way. Those who find their way to this country, often through treacherous means, deserve to have their cases considered and processed here. To do otherwise is, as Archbishop Justin says, “sub-contracting out our responsibilities…the opposite of the nature of God, who himself took responsibility for our failures”.

Since Archbishop Justin’s sermon, much has been said and written about the role of the Church of England in the debate that now surrounds this issue. In Priti Patel’s recent article in The Times, co-written with the Rwandan Foreign Minister, Vincent Biruta, she suggested that “those institutions that criticise the plans fail to offer their own solutions”. This is to misunderstand the important role of the Church of England, particularly through the national leadership of the Archbishop of Canterbury and the parliamentary responsibilities of the Lords Spiritual.

We are not tasked with providing worked out political solutions – that is the job of government and politicians. But it is our responsibility to point out where there are serious ethical and moral implications arising from government proposals. 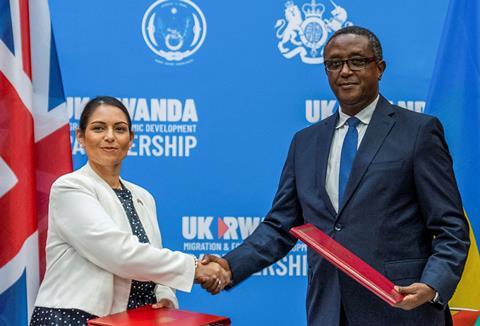 The ethical and moral case the Church of England makes is grounded in our experience as one of the biggest providers of community sponsorship and welcoming programmes. Chelmsford Diocese has a strong tradition in refugee ministry. In recent months, as the nature and scale of the refugee crises in Afghanistan and Ukraine became clear, the government contacted the Church; no doubt recognising the value that our volunteers, support networks, generosity and expertise can bring.

The home secretary has not been alone in criticising the Church of England on this matter. The minister for Brexit opportunities and government efficiency, Jacob Rees-Mogg, suggested that the Archbishop of Canterbury “misunderstands what the policy is trying to achieve.” Thoughtful and well informed criticism should not be dismissed in this off-hand manner. Some have even gone as far as to suggest that the Church should stay out of this debate altogether. Yet the Christian message of new life in all its fullness, which we celebrate during the Easter season, cannot be separated from the reality of lived experience. And it is exemplified in the way we treat the most vulnerable in our society.

In the words of Jesus himself: “Whatever you did for one of the least of these brothers and sisters of mine, you did for me”. (Matthew 25:40).