God is neither male or female, but we shouldn't use gender neutral language

God may be neither male nor female in biological terms, but this doesn’t mean we can dump the male terminology God uses of himself in the Bible, argues Graham Nicholls 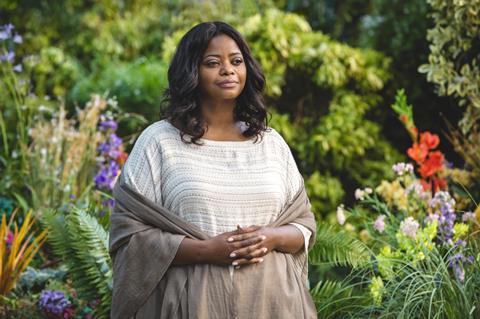 In a recent article for Religious News Service, Mark Silk, a professor of religion at Trinity College, Connecticut, suggested that we start to use the gender neutral “they” and “them” as all-purpose, third-person pronouns to refer to God.

He argues that using “he” and “him” is not necessary, grammatically or theologically, and that we are embedding misogyny and patriarchy in this tradition.

Neither male nor female

To an extent I agree with him; the Bible is clear on the subject – God the Father is neither male nor female in biological terms. The Bible uses analogous language to help us understand his attributes but God is beyond our gender definitions. In particular, God the Father is not “human” in that sense. Such descriptions help our understanding, but they should never reduce our view of God to merely human terms.

But this does not mean we can just dump the male terminology God uses of himself throughout the Bible. Like it or not, this language is part of God’s self-revelation, given by inspiration of his Spirit to the authors of the Bible. As such, it is not merely a result of the cultural norms of the time or open to modification to suit the age in which we live. This language is there for a purpose; being described as both a Father and a husband matters. He is not our mother – he is our Father; God the Son is not the wife of the church – he is the husband.

The reason for retaining male descriptions of God is not to hold onto an unwarranted patriarchy, but to acknowledge that the Bible reveals him to us in male terms and, in the case of the first person of the Trinity, as Father.

It is not that God is like a father; he is the Father – he defines fatherhood. He made human fathers and he gives us the example of good fathers so we can understand the kind of secure relationship of love and protection he offers to us in himself. Yes, he has motherly attributes too, and he is not constrained by the biological limitations of gender. But God is never given a feminine name, nor referred to using feminine pronouns.

It is true that the Hebrew word for God is grammatically plural but I would suggest this is to give us hints of the Trinity. At the same time, he is clearly described as one (Deuteronomy 6:4). The Hebrew word for they (or indeed she) is never used to refer to God; rather, the grammatical forms consistently describe him as masculine and singular. Pluralising God effectively corrupts and confuses simple, yet profound, biblical truths.

God the Son is not the biological descendant of God the Father, although he does relate to the Father as the perfect Son. And of course he really was born as a male human being, not a female – and certainly not an androgynous “they”.

It seems that the desire to de-gender God, especially by those who do not really accept the Bible’s teaching, is not prompted by a desire for grammatical or theological accuracy but rather with the aim of blurring human gender distinctions for their own ideological ends.

As Christians we believe that, in the beginning, God made a world of diverse creatures – including human beings – both male and female. We recognise and embrace gender distinctions as something objectively true, but also something good and helpful: for society, for family life and for finding our way in the world. It is demeaning, reductionist and dangerous to flatten those differences.

Our true equality and diversity as humans does not come from bending God into our own shape and image, but by accepting his authority to define himself as he wishes – and then by accepting the invitation he gives to us all, male and female, made in his image, to become part of his family and come under the loving rule of the man, Christ Jesus.