Does the Bible really claim that Mary was a virgin?

Along with Jesus’s resurrection, the virgin birth is one of Christianity’s wildest – and most disputed - claims. But did the Gospel accounts really tell us that Mary became pregnant before she ever had sex, or was it all just a case of misinterpreted Greek? 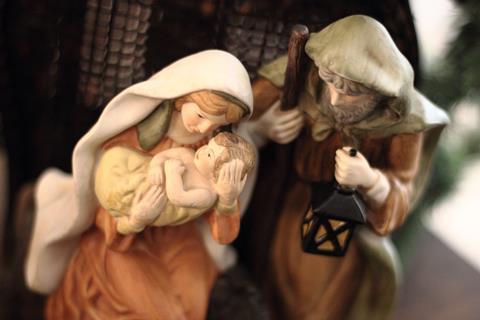 ”The Virgin Mary had a baby boy” the song tells us, and at this time of year (Covid regulations permitting), children up and down the country wear tinsel around their heads and act out the familiar scene: the angel Gabriel appears to Mary and announces that she is to have a miracle baby. But this is also the time of year when the claim starts to appear on social media that the Bible never really claims that Mary was a virgin, and that this outlandish idea was added by Christians later to sprinkle the fairy dust of a miracle onto a perfectly ordinary conception.

Obviously, virgins do not get pregnant. Therefore, either the Bible is claiming that a truly astounding miracle happened, or Christians have been reading it wrong for centuries. The debate centres around the word translated ‘virgin’, and what it meant in the original language. We have two accounts of Jesus’ conception in the Bible, in the Gospels of Matthew and of Luke and, on the face of it, they both seem to say that Mary was a virgin when she conceived. But do they?

Matthew 1:23 quotes a verse from Isaiah 7:14, saying that Jesus’ birth fulfils the prophecy: “'The virgin will conceive and give birth to a son, and they will call him Immanuel’ (which means ‘God with us’).” That appears clear enough, until you examine the original verse from Isaiah more closely. The Hebrew word used for ‘virgin’ is almah, and while it can certainly mean virgin, it doesn’t have to; it could just mean ‘young woman of marriageable age’. Also, from the way it is phrased, it is not clear whether this young woman/virgin is going to conceive while she is still unmarried. The prophecy speaks of the future, and it could be that the virgin/young woman in question is soon going to get married and conceive her son naturally.

As someone brought up in an agricultural environment, Mary knew the facts of life

Matthew’s Gospel is written in Greek, not Hebrew, so the word he used was parthenos. Parthenos was the word used to translate almah in the Septuagint (the standard Greek version of the Jewish scriptures) and, again, it means virgin or young woman – or, to be more accurate, both. The closest parallel in English is probably maiden, which means a young woman but has unmissable connotations of virginity (a women’s hymen was known as her ‘maidenhead’). Even so, it still leaves open the possibility that Mary was an ‘unmaidenly’ maiden who was already sexually active.

But fixating on the word parthenos means missing the places where the Gospel writers tell us much more clearly that Mary was not sexually active. In Luke’s account, when Gabriel announces to Mary that she will become pregnant, modern translations usually render Mary’s question to him as something like: “How can this be, since I am a virgin?” (Luke 1:34) but the Greek actually says: “since I do not know a man.” Mary is delicately referring to her lack of carnal knowledge, not saying she has never met a male human. Her question makes perfect sense: as someone brought up in an agricultural environment, she knows the facts of life and doesn’t see how she can become pregnant without having had sex. Gabriel’s answer is that the Holy Spirit will accomplish it, concluding “Nothing will be impossible with God.” (Luke 1:37) It is clear to Mary, and should be to the reader also, that the angel is talking about a miraculous, not a natural, conception.

The virgin will conceive and give birth to a son, and they will call him Immanuel

Another look at Matthew’s Gospel makes the case even clearer. Joseph’s reaction to the pregnancy is to dissolve the relationship, because (it is implied) he assumes that Mary has been unfaithful. That rules out the possibility that Mary had been having sexual relations with him. Once Joseph had been assured in a dream that the unborn child was “from the Holy Spirit”, he agreed to take Mary home but not have sexual relations with her. Here, Joseph’s (in)action is variously translated as ‘he kept her a virgin’ or ‘did not consummate their marriage’ until after Jesus was born (Matthew 1.25). But it’s the Authorised Version that gets closest to the original Greek: “he did not come to know her [carnally] until she had given birth to her firstborn son.”

None of this is going to convince anyone who thinks the Bible is a book of fairy stories, and, as with most events in history, science can tell us very little. There were no DNA tests in first-Century Judea. But when it comes to the argument over the historical evidence, there is no wriggle room: the biblical accounts tell the reader, without any ambiguity, that Mary conceived miraculously, without ever having had sex. The Virgin Mary did indeed have a baby boy.