As peers debated assisted suicide in the House of Lords last week, one Lord’s contribution jumped out as particularly remarkable 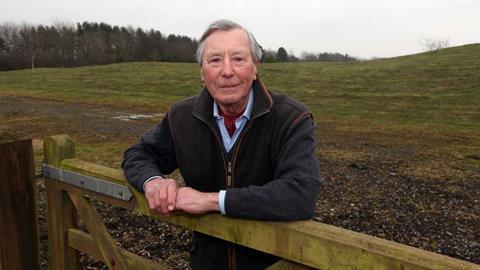 After four bishops voiced their opposition to the assisted dying bill on Friday, Lord Vinson expressed a different view. And at the end of his speech, he made the following claim: “I am a Christian myself, but I remind them that, when on the cross, Christ was put out of his agony by a kindly Roman centurion, who pierced his side with a sword. His death was assisted.”

It would have been quite an effective point to shut down some of the Christians who were arguing against the bill. The problem is that it’s not true.

The incident Lord Vinson was referring to is found in John’s gospel: "Now it was the day of Preparation, and the next day was to be a special Sabbath. Because the Jewish leaders did not want the bodies left on the crosses during the Sabbath, they asked Pilate to have the legs broken and the bodies taken down. The soldiers therefore came and broke the legs of the first man who had been crucified with Jesus, and then those of the other. But when they came to Jesus and found that he was already dead, they did not break his legs. Instead, one of the soldiers pierced Jesus’ side with a spear, bringing a sudden flow of blood and water.” (John 19:31-34 NIV)

Reading this, it’s possible to pick up on a number of inaccuracies in Lord Vinson’s claim – it was a spear, not a sword and the soldier may not have been a centurion. But the most fundamental mistake is the clear statement that Jesus was already dead. That is why the soldiers didn’t need to break Jesus’ legs and why both blood and water came from Jesus’ side – a detail consistent with modern medicine.

In fact, Jesus’ crucifixion speaks to the assisted suicide debate in an altogether different way. Matthew 27:34 tells us that Jesus was offered wine mixed with gall to drink. In context, this is probably intended as a poison or a painkiller to quicken Jesus’ death or relieve him of suffering. Upon tasting it, Jesus refused to drink it.

Although some Christians have been lured into thinking assisted suicide is compassionate, legalising assisted suicide would inevitably lead to vulnerable people feeling like a burden and being pressured into it. This is the consistent outcome where euthanasia or assisted suicide has been legalised – for example in Oregon, USA, where 53% of patients who died under the state’s Death with Dignity Act reported that they felt they were a burden on their families, friends or caregivers.

Assisted dying is incompatible with our duty to love our neighbour.

What can we learn from Lord Vinson’s mistake? It’s relatively easy to pick holes in what he said, but if we’re honest, many of us are like Lord Vinson. We remake Jesus in our own image. We jump quickly to half-remembered Bible stories or sayings that we think support our ideas. Instead, we need to learn to read the Bible honestly, and with the Holy Spirit’s help learn what God is saying to us.

Andrea WilliamsAndrea Williams is the director of Christian Concern and Christian Legal Centre and a lay member of general synod.
Follow @https://www.twitter.com/A_Minichiello