David Walliams is mistaken. The Bible DOES have a happy ending

The comedian’s attempt to read the Bible is admirable, says Mark Woods. But going cover to cover may not be the best approach 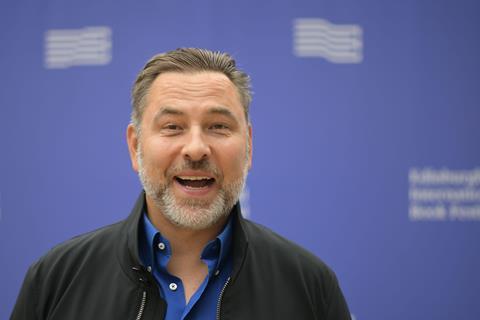 We probably all have books we feel we ought to have read, and haven’t (Ulysses, anyone? Moby-Dick?). For author and comedian David Walliams, interviewed in The Guardian at the weekend over his reading habits, one of these is the Bible. So he bought one and tried it, though it didn’t go well – it’s under the heading, ‘The book I couldn’t finish’.

“I bought one with the intention of finally reading it cover to cover,” he says. “While I was reading Genesis I found myself flicking all the way to Revelation to see if there was a happy ending. Sadly there isn’t.”

There are a few things here that are worth noticing. First, there are probably lots of non-religious people in Walliams’ position. Their only reason for reading the Bible is a sort of dutiful curiosity; it’s not as if it has anything life-changing to say. In fact fellow comedian Lee Mack, interviewed on Desert Island Discs, said: “I’m glad you get the Bible, because I would read the Bible. I think it’s quite odd that people like myself, in their forties, are quite happy to dismiss the Bible, but I’ve never read it.”

A couple of years ago Bible Society did a huge piece of research into people’s attitudes to the Bible. We identified eight groups or ‘personas’, ranging from Bible Loving (good churchgoing Christians) at one end to Bible Dismissive at the other (think Richard Dawkins). But most people are somewhere in between, and their views about the Bible are quite nuanced. So one of the challenges for Christians today is identifying that tiny spark of interest and helping it burn a little brighter.

Second – does the Bible have a happy ending? It’s a pity Walliams skipped over the rest of the Bible, but you can see how a quick skim of Revelation might have misled him. There’s a lot of bad stuff: plagues, famines, slaughter on a grand scale, fantastic beasts and falling cities. But Revelation is full of pitfalls for biblical novices. You need to know how to read it, or you can be diverted down all sorts of exegetical rabbit-holes. For instance, it isn’t a guide to the future except in a cosmic theological sense; it uses complex imagery drawn from Jewish apocalyptic literature to make profound statements about the world that is fallen and will be redeemed. It’s not surprising that Walliams didn’t get it, when so many of us Christians still don’t.

Revelation is full of pitfalls for biblical novices

One line from Bible Society’s The Bible Course comes back to me, though. The presenter quotes someone new to faith and fresh to the Bible who reads Revelation for the first time. His conclusion? ”I don’t understand it all, but I know we win.” And that’s the point – after all the blood and horror, tears are dried, the nations are healed, there’s a new garden city, and God and the Lamb give it light and life forever. That, with all due respect to Mr Walliams, sounds like a happy ending to me.

Third, though: his experience of the Bible does indicate the size of the mountain we have to climb if we’re to make it accessible, attractive and credible. For those of us who’ve grown up with it and believe it, it’s endlessly fascinating, challenging and beautiful – alongside being puzzling, shocking and – in parts at least – frankly a bit dull. For those who haven’t, the challenges start further back. My NIV Study Bible is nearly 2,000 pages long, for a start. And the Bible is a gnarly book – it’s a mixture of stories, poems, law, proverbs, genealogies, history and letters – oh, and Revelation. The timeline is pretty obscure. There is an over-arching narrative, but you aren’t going to spot it on a first reading. And how are you to read those Old Testament miracles, or those awful ‘texts of terror’? Are you allowed to skip a few of the ‘begats’, or do you really have to read the whole thing?

So perhaps we need to admit that while the Bible is, as the Queen was told at her coronation service, “the most valuable thing that this world affords”, reading it from cover to cover is not necessarily the best way of introducing yourself to it. My tip? Start with a few chapters of Genesis and Exodus; perhaps a few selected Psalms; then head to the Gospels, Matthew for preference. Revelation should definitely be left until quite late on in your biblical journey, and then handled with extreme care.

For more on Revelation, listen to this Saturday’s Unbelievable? radio show and podcast: “Making sense of Revelation” with guests Glenn Packiam and Brett Davis