Church is not a safe space

Jesus often lived a high-risk, low-security lifestyle. As Christians, we are called to follow him, says Andy Flannagan 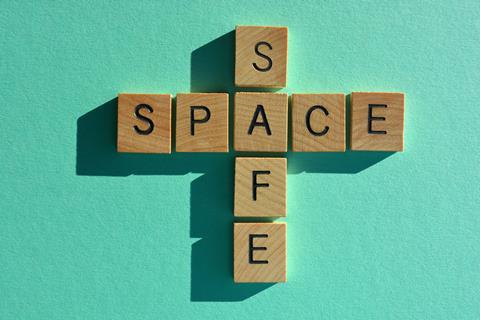 There is something gloriously comforting about a safe space. We all need those moments when we can close the door and shut everything else out. In these last few years we have constantly been encouraged to ‘stay safe’ from Covid-19. The idea of ‘safe spaces’ is one of the most prominent and contentious talking points in our society today. But have all these currents on the surface affected our deeper attitudes to safety and risk-taking?

There are so many times in my life when I have enjoyed the ease and warmth of spending time with people who are mostly like me, who mostly share my opinions and act in ways that are mostly predictable to me. Those tend to be the things that make me feel safe. The Church is not alone in providing spaces like that. Go to many sports clubs or campaign groups and you will find something similar.

But if we call ourselves Christians - those who follow in the way of Jesus of Nazareth - we are confronted with the reality of his at times disturbingly high-risk, low-security lifestyle. He was hanging out with all the wrong people, risking scorn and persecution at many, if not every, turn.

And we can’t ignore that the very fact of Jesus’ presence on planet earth seems like a remarkably unsafe plan for the Trinity. As the world spiralled away from God’s ways, I’m not sure my first instinct would have been to send my son to sort it out. Especially as I would know that he’d be leaving the safety of heaven and becoming vulnerable to all manner of attack and ridicule on earth.

Could the most dangerous place for our witness be the huge number of hours spent in a church building rather than out in our communities?

Perhaps our very definition of safety needs a rethink. Corrie ten Boom, a Dutch Christian who was imprisoned for helping Jews escape the Nazis said: “The safest place is in the centre of God’s will.” But she is someone who saw her father and sister die in a concentration camp, so she wasn’t talking about some sort of magical protection that only Christians can access. She must have been talking about something else. Perhaps we can help to define safety by rethinking danger.

As faithful citizens of the West, we have all developed pretty good ‘suffering-avoidance mechanisms’ that nudge us towards the nicer parts of the town, and the more acceptable people in our lives. Might we hear the call out to the wilder parts of the ocean, where we will be nudged into more prayer, and need the support of our fellow travellers more?

In 1928 John A. Shedd released a collection of sayings titled Salt from My Attic (Mosher Press) and the following popular aphorism was included: “A ship in harbour is safe, but that is not what ships are built for.”

A conversation with Mark Greene from London Institute for Contemporary Christianity (LICC) about this saying inspired the song you find above. We wondered if we could we produce something that would inspire people with the confidence to be dangerously present in their particular ‘frontlines’, because of the knowledge of the Spirit’s presence in and with us? Could we be so supported by our churches in those places of mission that we don’t retreat more than we should to the safety of the harbour and the ready embrace of ‘Christian’ culture?

I’ll leave the last words about safety to Mr Beaver, in response to Susan about Aslan in C.S Lewis’ The Lion, the Witch and the Wardrobe. “Is he quite safe? I shall feel rather nervous about meeting a lion”, she says. “Safe?” replies Mr Beaver, “Who said anything about safe? ’Course he isn’t safe. But he’s good. He’s the King, I tell you.”

Our choice is whether we want to just be subjects of that king, seeking his protection, or followers of that king, experiencing life in all its (not-always-safe) fullness. Where’s your harbour? And where’s your sea?

‘Not made for the harbour’ was commissioned by LICC and Thy Kingdom Come who resource believers to see transformation within their spheres of influence. Free chord charts, backing tracks and more are available from licc.org.uk/harbour