Carols need a Christmas miracle. Christians must fight to keep them alive

One in five 18 to 24-year-olds don’t know the words to ‘Silent night’. But if carols and nativity plays die out, so does the story that goes with it, says broadcaster and singer, Cindy Kent. And we can’t let that happen 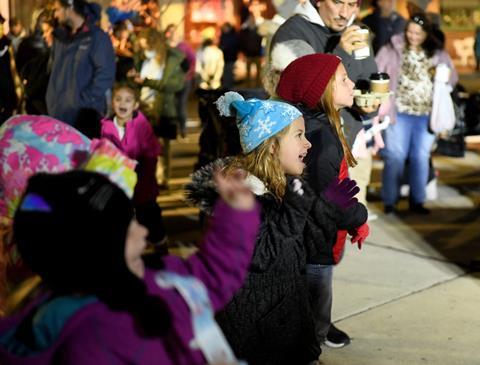 I can’t remember a time when I didn’t know Christmas carols or hymns. I went to church from a very early age and it was always just a part of my life. I loved singing in the choir each week and at the annual Sunday school concert, often getting a solo; perhaps a foretaste of what was to come. The first carol that I can remember singing was ‘Away in a manger’. It paints such a beautiful image of the infant Jesus cradled in straw, with Mary, Joseph and various assorted cattle in attendance. That’s closely followed by ‘In the bleak midwinter’. The lyrics of the last verse still gets to me every time: “But what I can I give him /Give him my heart”.

So I was amazed and surprised at the results of a recent survey, commissioned by the Free Now app, which found that ‘Sussex carol’, ‘Gabriel’s message’ and ‘What sweeter music’ were the least well known Christmas carols, and most likely to die out. Now, I have to admit, I haven’t a clue about the last of those but surely the first one - nothing to do with Megan and Harry by the way! - must ring some bells (or chords)? The carol, which opens: “On Christmas night all Christians sing / to hear the news the angels bring” was first published in 1684 by a 17th Century Irish bishop. The tune has been around since Ralph Vaughan Williams heard it and, living in Horsham, called it the ‘Sussex carol’. And ‘Gabriel’s message’? Surely most of us know the song about the “most highly favoured lady” - often changed by naughty young choristers to “highly flavoured”!

I was slightly more heartened to learn that 22 per cent of 18 to 24 year olds could hum the melody of ‘O come all ye faithful’ (compared with two thirds of those over 65) but am amazed that only one in five Gen Z-ers know the words to ‘Silent night’. And one in ten had no idea what a manger was. What do children learn in schools these days? I know we’re all about inclusivity but have we really stopped teaching these lovely old songs? Surely basic religious education should cover the Christmas and Easter story alongside Eid, Diwali and Passover?

I can totally understand that nearly half of the people surveyed said they often misheard or misunderstood some of the words in Christmas carols. ‘While shepherds washed their socks by night’ had been around for years… But, seriously folks, I am sad that children today aren’t learning the old carols. 61 per cent of people surveyed said they believed carols to be a crucial part of Christmas. Over half (59 per cent) found them an uplifting part of the festive season. A quick poll on my own social media page revealed that most people I know also value them, and are sad about the passing of these traditions. One friend told me that she had recently attended her grandson’s school Christmas concert and there was no mention of Jesus at all. Another said that her great-niece, aged seven, was delighted she had an important part in their school nativity - as an alien.

The poll also revealed that almost a fifth of people (17 per cent) thought some Christmas songs could do with a bit of modernising. Graham Kendrick gave us his ‘Make way for Christmas’ and there have been a few other notable attempts to pen some modern Christmas classics, but can I throw down the gauntlet to our very talented Christian songwriters of today to come up with some new versions of the old, old Christmas story? In the same way that stained glass windows told early illiterate churchgoers the Christian story, Christmas carols tell the Christmas story. And so, in singing these ancient carols, we learn that on a silent, holy night in Bethlehem, away in a manger, Christ the saviour was born. And that three kings came from orient afar, bearing gifts. But what can I give him? Of course, I give him my heart.

Cindy Kent MBECindy Kent is an ordained priest who began her career as a singer with the pop-folk group, The Settlers. Her Christian faith brought her into contact with many famous Christian faces. Cindy has previously worked at Radio 4, Radio 2, and Radio 1 as well as LBC and Capital Radio. In 1995 she was the first presenter recruited to the team for Premier Christian Radio as a broadcaster. Cindy was awarded an MBE in 2016 for services to religious broadcasting.
Follow @https://www.twitter.com/revcindy1Facebook