5 times the Bible was woke

The label might be contentious, but Chine McDonald believes Christians have nothing to fear from wokeism 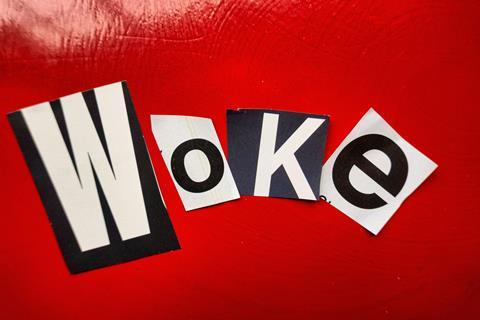 Earlier this year, the Southern Baptist Convention – the largest evangelical denomination in the US – met in a key moment to determine their future direction.

Some members wanted to steer the denomination to the left – embarrassed and ashamed by the alignment of their organisation with Donald Trump. Others felt the SBC had already veered far too much to the left, and wanted to bring it back to what they consider its conservative roots.

For the latter group, so-called ‘woke’ issues such as Critical Race Theory and intersectionality are ideologies straight from the pit of hell, from whose grip the SBC and the Church as a whole must be loosened.

US columnist Todd Starnes characterised the battle facing the SBC today as focused on saving “the nation’s largest denomination from a radical group of Never-Trumpers and woke critical race theorists”.

When I read the news about the SBC meeting, I was struck by a comment from Mike Stone, a pastor from Georgia, who had hoped to become the next president of the denomination.

Now, I realise here that I may be in the comfort zone of my echo chamber, but my thinking is that the Lord Jesus was in fact one of the wokest of the woke. Before you write angry letters to the editor, please hear me out…

‘Woke’ has come to mean a derogatory word that the politically and religiously conservative use to characterise those on the left of politics or Christianity. It has replaced 'political correctness' – both terms used in derisory ways by certain people, often accompanied by an eye-roll. But sometimes it feels like we’re not only speaking different languages, but reading different Bibles.

The Bible’s so woke that there are hardly any white people in it!

If critics of ‘wokeness’ are all for social justice, but concerned with what they perceive to be the dogmatic and ‘holier-than-thou’ views of the left that fail to leave any room for nuance, then I get it. Jesus clearly isn’t keen on “hypocritical censorious self-righteousness”, as the dictionary describes the term pharisaical.

The thing is, when I look at the intended meaning of the term ‘woke’, it simply means to be “alert to racial or social discrimination and injustice”.

What’s not to love about that?

Based on the above definition of what woke actually means, to be anti-woke would in fact contradict the cry for social justice that peppers prophetic calls and stories throughout both the Old and the New Testament.

It turns out the Bible is full of positive examples of wokeness, that give hints about how the kingdom of God might be. Here are just five examples:

1. The Bible’s so woke that there are hardly any white people in it!

Those who critique racial justice narratives are suspicious of calls for representation and challenges to diversify every sector of society. There’s often a subtle view that white people run the world because they are, simply, better at running things. Black and brown people are surely guaranteed success if they just work hard and demonstrate they deserve it. The over-representation of white people in power globally (including in the Church) suggests there is some inherent worth in whiteness. But if that were so, wouldn’t we see more white people in the Bible? None of the biblical heroes are white: not Abraham, not David, not Moses, not Esther, not Deborah. Not, y’know, Jesus.

This verse is a favourite of woke Christians (I mean, I have its words written on a mug). It calls on the people of God to act justly, walk humbly and love mercy in response to the injustice in 8th century Judah that the prophet Micah was witnessing around him. The call to 'act justly' sounds pretty woke to me.

Critics of the so-called woke agenda aren’t big fans of immigration. But the Bible seems to call us time and time again to show hospitality to immigrants. Zechariah 7:9 instructs us to not neglect sojourners, or ignore the “resident alien” (Jeremiah 22:3). The Bible’s so woke that a contemporary illustration could legitimately include a banner that said: “Welcome refugees”.

In Acts 2:45, we see the early Church operating under some pretty socialist principles: “They were selling their possessions and belongings and distributing the proceeds to all as any had need,” we read. Egalitarian society is a pretty fundamental woke ideal.

5. The book of Revelation

John’s vision of “a great multitude that no one could number, from every nation, from all tribes and peoples and languages” is a beautiful picture of the equality of all God’s people, no matter where they come from. This is not a colour-blind passive acceptance of difference but is awake to the beauty of difference and recognises the importance of representation. Surely that’s something we can all believe in, and work towards.