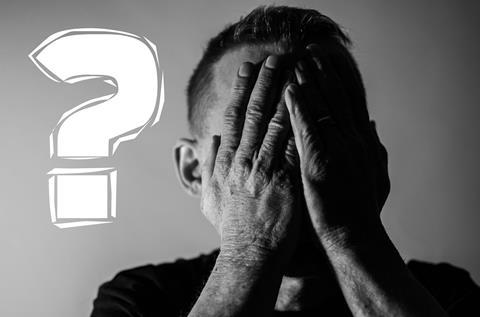 The last two years have been super tough. It seems to many as though so little has happened yet so much has changed. The desire to give and receive comforting words is natural and noble. Too often though, in a desire to be encouraging, Christians quote from the Bumper Book of Hack Cliches instead of the Bible (which is understandable because they’re the same size).

Here are five phrases commonly used by Christians which need to be pinged and forced to self-isolate.

1. Your breakthrough is around the corner…

Once upon a time in the 80s my parents got confused as to who was picking me up from nursery, and so neither arrived (although I’m safely back home now, please be reassured). I remember sitting there alone, cradling my Count Duckula lunchbox, feeling unnerved and unloved. That’s what this phrase can do.

The Lord promises to sustain you, to fight for you, to prepare a place for you. He loves to bless and redeem, but he doesn’t always tell us when because he’s got multiple storylines running parallel to ours. When we see Christians in pain - or when we are those Christians - the desire to see increased hope and happiness is natural, but to say your breakthrough is 'around the corner’ with blithe optimism is not prophetic - it’s spiritual catfishing. “Stay tuned because after this short ad break God’s gonna solve everything.”

2. God will never give you more than you can handle…

Let’s be clear that, firstly, the Bible doesn’t say that. The scripture from 1 Corinthians 10:13 is “he will not let you be tempted beyond what you can bear.” It’s a verse about temptation, not external suffering. Aside from that, the phrase is just experientially false. You don’t ‘handle’ being ploughed into by a truck. You don’t ‘handle’ losing a child prematurely. Furthermore, there’s a hidden premise that the purpose of life is simply to handle stuff - to cope. Whereas what most of us have discovered over the last two years is that, too often, we can’t really handle things. The chief end of man is “to glorify God and enjoy him forever” (Westminster Catechism), not to skilfully juggle hot potatoes of trauma. God’s promise is that he will be with us in our pain and that his grace is sufficient - because our coping strategies simply aren’t.

3. God just wants you to be happy…

Said Ecclesiastes nowhere. If the above statement is true of God then he’s just egregiously bad at his job, isn’t he?

Happiness is amazing. I love happiness. But it’s only one emotion among many, one ingredient in a balanced spiritual diet. Nor is it the emotion most conducive to character growth. God doesn’t want you to ‘just’ be happy in the same way that he doesn’t want you to ‘just’ eat sugar. If life is about pursuing happiness then it’s about avoiding pain, so any kind of delay or discomfort can’t possibly be God’s will. Scripture tells us to lift up our eyes to the hills, not simply to ‘run for the hills’.

When happiness becomes our drug, we relegate God to a mere street-dealer responsible for our next ‘hit’.

4. I need to forgive myself…

Accepting forgiveness is vital in plenty of situations; you can’t carry guilt and shame around with you forever. And for people who aren’t Christians and see the ultimate source of authority as their own hearts, forgiving oneself works pragmatically. However, it’s not something Christians need to say. If you need forgiveness, the place to go is the source.

To say you need to forgive yourself is to wear a crown that doesn’t fit, to mantle yourself with a power you don’t wield. It’s reminiscent of Robert Jordan’s Wheel of Time series where any man trying to channel the One Power is sent quickly into a state of insane self-implosion. You don’t need to forgive yourself; you need to accept that God has forgiven you and that nothing can separate you from his love, even your own paltry ability to understand.

5. God’s got someone better for you…

This is wheeled out at the end of relationships like a trifle trolley at a 70s dinner party.

Aside from being statistically untrue, God’s primary aim isn’t to marry everyone off in a zero sum wedding game he’s playing. More concerning though is this: what do we mean by ‘better’? Better looking? Morally superior? Someone who would never hurt you?

It’s just a bit divisive, encouraging a defiant victimhood. People - even people who reject you - are not consumable products, and relationships are not stepping stones on your own journey to romantic self-actualisation. This somewhere-over-the-rainbow escapism is all too prevalent in the Church.

God’s primary aim is to make things new, not just to make new things. He reveals, reverses and restores - he doesn’t just bin and start again. In our consumerist age, we would do well to consider that the Gospel is less like A Place in the Sun and more like The Repair Shop.

There is real comfort available in this life. The God of all comforts comforts us in all our troubles so that we can comfort others with the comfort that we have received (see 2 Corinthians 1:3-4) But in order to offer comfort, as Christians we need to dispense with cliche.