Why are church leaders opposing plans to move the British embassy to Jerusalem?

A swathe of church leaders including the Archbishop of Canterbury Justin Welby are concerned about Liz Truss’ plans to move the embassy from Tel Aviv to Jerusalem. Gavin Drake answers your questions 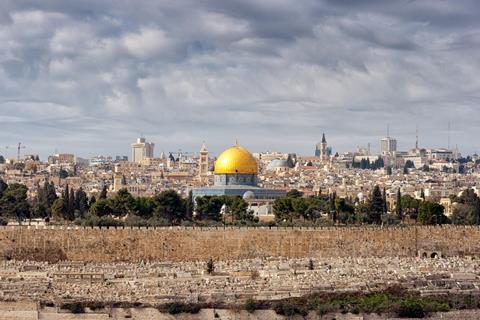 A political row has erupted after Prime Minister Liz Truss mentioned the possibility of moving Britain’s embassy in Israel to Jerusalem. What’s going on?

Liz Truss signalled the move in a letter to the Conservative Friends of Israel. And at a meeting with Israeli Prime Minister in September, she said that she was conducting a "review of the current location" of the British embassy in Israel. Many politicians, including former Conservative leader Williams Hague, have condemned the suggestion.

Why the controversy? Shouldn’t the embassy sit in the capital of the host country like most other embassies around the world?

Israel claims an undivided Jerusalem as its capital. The Knesset (its parliament), government buildings, the Supreme Court, the offices of the Prime Minister and President are all based in Jerusalem.

So what’s the problem?

Most countries reject Israel’s claim to Jerusalem as its capital and only four embassies are based in the city: the United States, Guatemala, Kosovo and Honduras.

Shouldn’t a country be able to decide where its capital is without interference from other nations?

Ordinarily, yes. But Israel’s claim control of Jerusalem is contested.

The State of Israel came into being in May 1948. The newly created country was in land set aside for a Jewish state in a partition plan drawn up by the United Nations. The plan would also have seen the creation of a separate Arab state. The plan envisaged a “corpus” – an independent area of land under international control – for Jerusalem and neighbouring Bethlehem.

Why was the United Nations dividing up land?

This area of the Middle East, including its neighbouring countries, has been contested for centuries. The gospel accounts tell of the land as a Jewish area occupied by the Romans. In AD 70, the Romans besieged the city for five months, during which the second Temple was destroyed. The historian Josephus put the death toll at more than one million people. Since then, control of the land has passed between different groups, most notably through the crusades.

In 1516, Jerusalem and the area around it became part of the Ottoman Empire and it was ruled from Istanbul – previously Constantinople. During the first World War, the Ottoman empire was defeated when the allies took control of Istanbul. In the Holy Land, an Arab uprising against the Ottomans led to an international coalition taking control of large parcels of land which have since become separate countries – including Jordan, Syria, Lebanon, and Israel.

Britain had the Palestinian Mandate which gave them control of the land now known as Israel and the Occupied Palestinian Territories. It is this land which was part of the UN partition plan.

If there was a plan for a Jewish State and a Palestinian State, why are the Palestinians still stateless?

In the years leading up to Israel’s declaration of independence in 1948, there was a bitter war between Jewish and Arab militia – with British soldiers in the middle. When Israel declared independence and formed a state, the Arab residents of the land joined with neighbouring Arab countries and declared war on Israel, perhaps anticipating that their combined might would defeat the new state and bring an end to the new State of Israel.

Israel won and in doing so conquered land which had been intended for the Arab state. Initially, it controlled this land as a buffer to protect its own borders, but over the decades since, settlers have built Israeli villages on some of these lands. It wasn’t until 1967 that Israel controlled the whole of Jerusalem.

Israel now controls all the land that had been designated by the UN for an Arab state, although the Palestinian Authority now has various degrees of autonomy over some of it as a result of the Oslo peace accords. Since then, there has been little progress towards a lasting secure peace.

Despite this, a negotiated “two-state solution” – a safe and secure Israeli state and an safe and secure Palestinian state – is what most world leaders consider to be a just final outcome and settlement to the ongoing dispute.

What has this to do with where Israel puts its capital?

Israel rejects the UN’s original plan for a “corpus”, saying that this idea died when the Palestinians went to war in 1948 instead of building a state. Israel says that its capital is an undivided Jerusalem, a fulfilment of the annual Passover prayer “next year in Jerusalem”.

The Palestinians also claim Jerusalem as its capital; saying that east Jerusalem, in particular, is not Israel but occupied Palestinian territory.

What’s been the reaction of local people to Britain's plan?

Some critics have accused Liz Truss of siding with Donald Trump. What has he got to do with it?

Donald Trump was the first world leader to move their country’s embassy to Jerusalem. He announced the move in December 2017, ending decades of official US foreign policy. He described the move as “a long-overdue step to advance the peace process and to work towards a lasting agreement.” The embassy moved a few months later, in May 2018, on the  anniversary of Israel’s founding.

Do the Christian leaders in Jerusalem have anything to say about this?

Lots! In December 2017, the Patriarchs and Heads of Churches in Jerusalem, an ecumenical grouping of 13 denominational leaders, sent a joint letter to President Trump saying that the move would “yield increased hatred, conflict, violence and suffering in Jerusalem and the Holy Land, moving us farther from the goal of unity and deeper toward destructive division”.

And in October, responding to Liz Truss’ comments, they said that “the very act of reviewing the placement of the British embassy not only suggests that negotiated agreements regarding Jerusalem and the West Bank have already resolved the ongoing disputes between the involved parties – when in fact they have not – but also implies that no such negotiations are needed: that the continuing military occupation of those territories and the unilateral annexation of East Jerusalem are both acceptable. We cannot believe that this is the message that the British government wishes to send to the world.”

What do church leaders in Britain think about all this?

Statements opposing the move have been made by a number of British Christian leaders, including the Archbishop of Canterbury, Justin Welby, who expressed his concern “about the potential impact of moving the British embassy in Israel from Tel Aviv to Jerusalem before a negotiated settlement between Palestinians and Israelis has been reached.” Cardinal Vincent Nichols also expressed his “profound concern” that the move “would be seriously damaging to any possibility of lasting peace in the region and to the international reputation of the United Kingdom.”

A “private letter” to the PM has been signed by representatives of the Church of Scotland, Church of England, United Reformed Church, Methodist Church, Christian Aid and others.They all oppose the move.

What should we do about it?

It is no good being pro-Palestinian and anti-Israel; or pro-Israel and anti-Palestine. Most believe that a lasting just peace will only occur when two states exist alongside each other, secure, safe and prosperous. And only Palestinians and Israelis can decide, together, what that looks like.

We can pray, we can assist, but we can’t impose.

Gavin DrakeGavin Drake is a journalist, broadcaster and regular traveller to Jerusalem