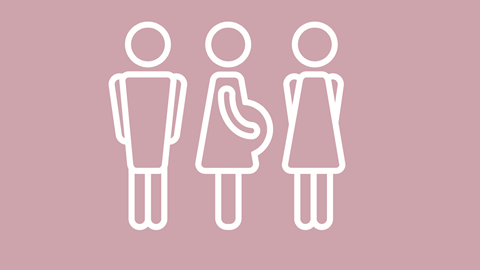 When Russian tanks poured across the border into Ukraine in February, the world looked on in horror. But for hundreds of couples, the invasion was not only a global tragedy, but a deeply personal one as well. This is because Ukraine is a hub for international surrogacy, and as the bombs rained down on Ukrainian cities, among those cowering in basements were hundreds of surrogate mothers, pregnant with the children of infertile Western couples thousands of miles away.

One mum-to-be in Australia organised an evacuation for her surrogate via an 18-hour bus journey to Moldova. Some even managed to make the perilous journey into Ukraine to collect their newborn babies. Others lost contact with their surrogates entirely and had no idea where their unborn children were – let alone if they were safe. Although their stories may not have entered the mainstream media until the invasion, the last decade has seen a steady increase in the number of couples starting families via surrogacy.

While the practice has been around for thousands of years (consider Genesis, where Hagar is made to carry Abraham’s promised son on Sarah’s behalf), the growth of contemporary surrogacy began in the 1970s with the invention of in vitro fertilisation (IVF). Ever since, it has been possible for an embryo to be conceived with sperm, egg or both from an otherwise infertile couple, and then implanted into the womb of another woman who carries the child to term. Known as gestational surrogacy, this is by far the most common form today, and means the child born is genetically related to one or both of the receiving parents.

Surrogacy is legal in the UK, but tightly regulated. The law prohibits commercial arrangements, which means the surrogate mother cannot be paid beyond reasonable expenses. Rules also stipulate the carrying mother, not the commissioning parents, will be the child’s legal parent at birth and a separate order must later be granted by a court to transfer parenthood. Surrogacy agreements cannot be enforced by law, which means if a surrogate mother changes her mind and wants to keep the child, she can.

Despite this, surrogacy is growing in popularity, especially as it is the only way many same-sex couples can have a child that is biologically related to them. In 2011, there were 117 parental orders transferring legal rights from a surrogate mother to commissioning parents. By 2020, it was 413. Many arrangements are purely altruistic, with friends or family members carrying a child on behalf of a couple. Internationally, it is a different story. While some countries ban all forms of surrogacy, others have looser regulations. Ukraine has become one of the most popular destinations for so-called reproductive tourism because its surrogacy laws not only allow surrogates to be paid, but also state that, at birth, the commissioning couple are the child’s legal parents. As a result, dozens of Ukrainian companies now offer surrogacy services to wealthy, infertile Western couples – at a price. Costs vary, but are in the region of £40-60k – still cheap when compared to the United States, for example, where it can cost as much as £130,000.

A QUESTION OF ETHICS

As surrogacy rises in popularity – further spurred on by a slew of celebrities having children via surrogates, including popstar Grimes and Labour MP Liz Kendall – more Christian couples will inevitably consider it. Before delving into the ethical issues for believers, it is important to acknowledge infertility is deeply painful and hard to comprehend for those who have not experienced it. In many ways, surrogacy could be seen as a selfless way to begin a family if ordinary biological conception is not possible – inviting other adults to know, love and, in some ways, parent the child you long for.

But there are several ethical concerns. Firstly, commercial surrogacy cannot be seen solely as a harmless transaction. It is unavoidable that surrogacy tends to see wealthy – mostly white – Western couples pay to place their embryos in the wombs of poor, often black or brown, women. On top of the uncomfortable neo-colonial overtones, the sums of money involved are troubling. Even after the surrogacy agency has taken its fee, a surrogate mother can still earn tens of thousands of pounds – equivalent to several years’ salary in some countries. This creates a power imbalance. While no one is compelling a surrogate to hire out her womb, it is easy for rich Westerners to be seen as exploiting the poverty of surrogates for their own needs. Concerns such as these led India, previously home to one of the world’s largest fertility tourism industries, to ban commercial surrogacy for foreigners in 2015. It is also why commercial surrogacy remains illegal in most developed nations, including the UK.

(Left to right) Popstar Grimes, Liz Kendall MP, Elton John and David Furnish and footballer Cristiano Ronaldo are all reported to have had children through surrogacy

When a couple is unable to conceive naturally, IVF uses technology to fertilise the mother’s egg with the father’s sperm in a lab, before planting the embryo back into the mother’s womb. In surrogacy, a third party (or even a fourth and fifth if donated egg and/or sperm are used to create the embryo) is introduced. Commissioning parents ‘borrow’ another woman’s womb for nine months, before taking the child back. We know from scripture that all people are made “in the image of God” (Genesis 1:27). A woman’s womb is not a distinct vessel that can be hired out, it is irreducibly bound up in their identity and personhood. So surrogacy is asking a third party to become a mother; to nurture and nourish a new life growing inside her for nine months, and then immediately give the child away, often not seeing them ever again. Can this be healthy and life-giving for the surrogate or the child? Will it have a spiritual or emotional impact on the commissioning parents to demand this kind of sacrifice from another human being?

The nature of surrogacy also risks commodifying children. In Begotten or Made? (Oxford University Press), British theologian Oliver O’Donovan argues that parents do not create a child as a product of their will, but receive it as a gift, begotten by God and equal in dignity to themselves. Surrogacy may lead to commissioning parents viewing the child as an object they have paid to produce, rather than, as Christianity has always taught, a precious child of God. There have been heartbreaking stories of parents refusing to take home a baby born with a disability, leaving it effectively orphaned in an institution. Having spent time and money arranging a surrogacy, some parents imagine they can ‘purchase’ the exact child they desire, and when reality does not match up, the baby is discarded.

Did God intend for the conception of children to ever involve more than just a husband and wife? Lutheran bioethicist Gilbert Meilaender suggests that introducing a surrogate alters the fundamental parameters of God’s intentions for procreation: “The presence of third-party collaborators means that we are not simply assisting a husband and wife to have a child who is the fruit of their union,” Meilaender writes in Bioethics:

A Primer for Christians (Wm B Eerdmans Publishing Co). “Instead, lines of kinship are confused, and the child produced cannot be said to represent their union in the flesh.”

And what about the impact on the identity of the child? Regardless of whether they share genetics with one or both parents, being nurtured inside the womb of another creates a meaningful connection that, for many children, will remain. Our growing understanding of the complexities of foetal development scotches the idea that surrogates are simply human incubators.

Research from adopted children confirms that many long to find out about where they came from, even if they are happy in their adopted home. When their birth story is hidden from them, or downplayed, it can result in confusion, anger and resentment – and sometimes requires long-term counselling to address. In cases of surrogacy, surveys suggest many parents choose not to tell their children of the circumstances of their birth, cutting the child off from the person who brought them into the world. Of course, this could be mitigated by allowing the surrogate mother to remain part of the child’s life. In her forthcoming book, A Relational Defence of Surrogate Motherhood (Bloomsbury), British theologian Dr Pauline Everett points to a 2014 University of Cambridge study which found that, of the 34 British surrogates interviewed, three-quarters had stayed in touch with the children they had birthed. It suggested that relational, non-commercial, altruistic surrogacy can be done in a way that allays identity crises.

Everett goes on to say research shows children born via surrogacy often have better than average outcomes due to highly motivated parents. “Surrogate motherhood can be performed within a theology of love, mercy, hope, grace and compassion,” she says, with the surrogate acting as a co-creator of the child and a conduit of God’s blessing. Indeed, God himself could be said to have commissioned Mary as a surrogate for humanity, by “cooperating with God’s incarnation by gestating Jesus by the Holy Spirit”.

She is not alone in suggesting that surrogacy can be beneficial, challenging the primacy of the nuclear family and bringing a wider circle of loving adults into a child’s network. Many would argue that within the bounds of the voluntary surrogacy allowed in the UK, stories abound of joyful, redemptive experiences in which a friend, sister or even a kind- hearted stranger has carried another couple’s child for them. And when money and middlemen are removed from the equation, the possibilities of exploitation are significantly diminished.

Danielle Tumminio Hansen, another theologian who has researched surrogacy, concludes that the practice can be redeemed in certain circumstances, but for the most part reveals another problem: idolatry. She is critical of the obsession with control that she witnessed in the wealthy middle-class Americans she spoke to when researching her book, Conceiving Family: A practical theology of surrogacy and self (Baylor University Press). When they realise their own bodies are not complying by producing the offspring they desire, their response is to co- opt another’s body, at any cost. By pursuing surrogacy, are Christians unintentionally reinforcing the way society (and often, the Church) worships the biological nuclear family?

In the New Testament, we see how Jesus’ death and resurrection institutes a new model of family. We call our fellow Christians brothers and sisters, even though they do not share our DNA. We find we are welcomed into the family of God not because we are descended from Abraham, but because we are spiritually adopted – regardless of who we are or where we come from. Unlike surrogacy, adoption stands as a rebuke to the unbiblical idea that ‘real’ children must come from our bodies. It reaffirms the Church’s convictions that in God’s family all are welcome, not solely those born to the ‘right parents’. Adoption offers a loving home to vulnerable children who desperately need families. It reframes the question: “How can I get the child I want?” as: “How can I be the parent God wants me to be?” And in so doing, it challenges the focus on self-fulfilment with which many couples – not only those who experience infertility – often approach starting a family.