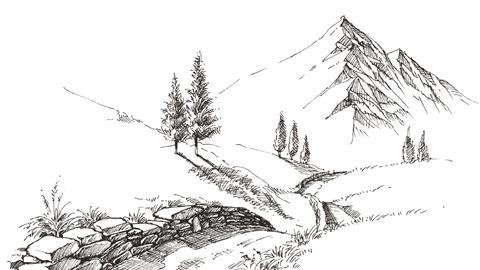 The road less travelled: How to live for God alone

The temptation to seek affirmation from people rather than God will send you down an unfruitful path, warns RT Kendall

My grandpa used to say: “Don’t worry about what people are thinking of you. Chances are, they are not thinking of you at all!” This helpful piece of advice is not only true, it highlights the fact that pleasing people never means very much to those we are trying to please in any case – so why spend energy worrying about it?

Caring too much about what others think is a most counterproductive bondage, but the temptation to entertain these concerns for some reason does not go away with age.

I wish I could report that I no longer have this need. What I can say with some honesty is that I have found a higher level of motivation worth pursuing.

When my mother was six months pregnant with me, my parents heard a sermon that deeply impacted them. My father put his hand on my mother’s tummy and prayed: “Lord, let me have a son who will preach like this man.” Some 19 years later, when I was a student in Nashville, Tennessee, I heard a sermon based on Hebrews 11:5. It was about Enoch who, before being “taken” up to heaven, was “commended as one who pleased God”.

I was so moved by this talk that I literally rushed to my room to pray: “Lord, like Enoch, let me live a life that pleases you.” Now, my dad happened to ring me that same day, and so I told him about the sermon and how it had gripped me. “Who was the preacher?” my father asked. “A man by the name of CB Cox”, I replied. “Son,” he said, “that was the same preacher that your mother and I heard when she was six months pregnant with you.”

That could have been a coincidence, of course, but I have taken it as a sign that God has had his hand on my life and a purpose for me. It continues to encourage me to this day – as well as warn me lest I be driven to please people rather than God.

In later years, John 5:44 – “How can you believe since you accept glory from one another but do not seek the glory that comes from the only God?” – became what I would term a ‘life verse’; a guiding principle that I have sought to be governed by even as I have not always lived up to this standard.

That verse contains the words of Jesus to the Pharisees who later sought his crucifixion. Jesus knew they did not believe in him and he knew why: they were driven by trying to please people, not God.

According to Jesus, the Jews missed their Messiah by trying to please people not God. You and I are also susceptible to missing what God may want to do in our day if we are in bondage to other people’s opinions of us.

Theologian and revivalist preacher Jonathan Edwards taught us that the task of every generation is to discover in which direction the sovereign redeemer is moving, and then to move in that direction. But if we are pleasers of people rather than God, we risk never finding out what the Holy Spirit might be trying to show us. 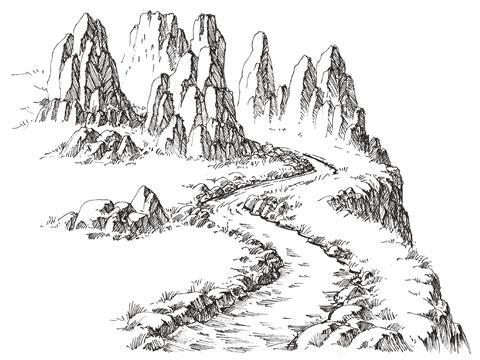 The apostle Paul gave this advice: “Find out what pleases the Lord” (Ephesians 5:10). The fatal mistake of the Pharisees, said Jesus, was that they made no attempt to seek the praise that God wants to give. The Greek word doxa may be translated ‘praise’, ‘honour’ or ‘glory’.

It comes from a root word that means opinion. God has an opinion on everything. The problem is, we don’t always want to hear it! The Pharisees should have been the first to know that Yahweh was a God of “glory”, as Stephen would later refer to him as (Acts 7:2).

But sadly the Pharisees were typical of ancient backslidden Israel at the time God chose to send his Son. The people of Israel missed the very things that rightly belonged to them (Luke 19:42).

It may be surprising to some that Jesus was not his ‘own man’. Indeed, scripture tells us that the Son of God can “do nothing by himself; he can do only what he sees his Father doing” (John 5:19) and that Jesus always does what pleases God (John 8:29).

This is almost certainly what is meant by Jesus being “vindicated by the Spirit” (1 Timothy 3:16). There are two main sorts of vindication: external (when people affirm you) and internal (praise from God). The latter is the kind of pleasure I believe Enoch experienced. The kind of joy that Jesus must have known; not a self-satisfaction that came from the affirmation of people, but a deep contentment radiating from within.

One way to find out what pleases the Lord is to discover what displeases him. Hebrews 11:6 says that “without faith it is impossible to please God” (my emphasis). That chapter in Hebrews is a description of people who, by persevering faith, turned their world upside down.

Each person described was on his or her own: Enoch did not die but was taken to heaven; Noah had to build an ark; Sarah had to trust God for the impossible; Abraham did not know where he was going. All those mentioned had to do what they did alone and without precedent.

Some pleased God by accepting painful deaths; others pleased God by avoiding death (Hebrews 11:33-37). What persevering faith leads to in my case may not necessarily be what is required for you.

What if God asked you to do what had not been done before? This is the scariest thing about genuine persevering faith: it is a lonely road. But, as the American poet Robert Frost wrote, it is the best path: “Two roads diverged in a wood, and I – I took the road less traveled by, and that has made all the difference.”

What if God asked you to do what had not been done before? 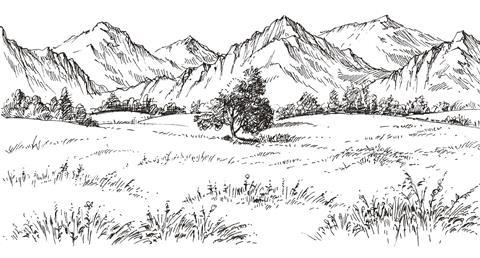 When Jesus told Peter how he would die, Peter’s first response was a question: “Lord, what about him?” (John 21:21). Peter was more curious about how his friend John’s life would end but Jesus effectively told Peter that it was none of his business. He bluntly said: “Follow me” (John 21:22). Indeed, the instruction to those who want to please God by persevering faith is not to look over your shoulder, or to others, but to focus on Jesus (Hebrews 12:2).

I sometimes wonder which gives more personal satisfaction: when we please God or when God pleases us. If we are brave enough to admit it, for many of us the answer is the latter.

We prefer it when God pleases us – by answered prayer, a pay rise, a nice compliment, a better job. But I wonder if it would be a challenging and healthy exercise if we sought to get our satisfaction by pleasing God – especially when things aren’t going well with us. No one said it would be easy, but as C.S. Lewis described Aslan the lion: “‘Course he isn’t safe. But he’s good.”

I wish I could say I have found a quick fix to being totally emancipated from caring about what people think. I’m afraid it is still an uphill climb. Sometimes lonely too. And yet – strange as it may seem – quite satisfying. But I have not come to the end of it.