Far from being a male-only cast, there were plenty of women among Jesus’ disciples and the early Church leaders. It’s time to rediscover their stories and learn from their lives 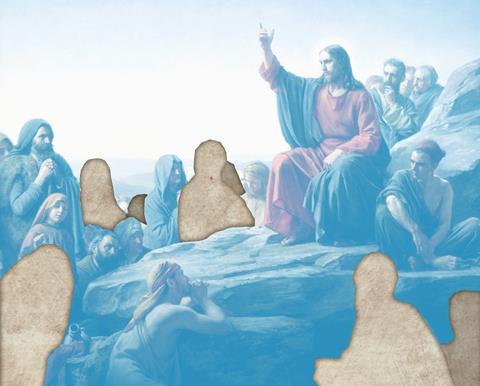 There’s no disputing the fact that our earliest Christian literature comes from a deeply patriarchal culture that tended to overlook women. At the same time, there was a general assumption in the ancient world that too many women in a religious movement – particularly a new one – was a bad thing.

The pagan philosopher Celsus knew exactly what he was doing when he caricatured Christianity as a movement consisting of beggars, women and children. In view of this, we shouldn’t be surprised to find that the Gospels shine their spotlights most brightly on the actions of male disciples and missionaries.

But this is by no means the full story. Once we look at the biblical texts carefully, it’s clear that Jesus also had a large number of female disciples. A clear example is found in Mark 3:31-35, where Jesus’ family arrived to take him home. Surveying the throng gathered around him, Jesus declared that his true family were those who did the will of God – these were his “brother and sister and mother”.

The references to sister and mother here are striking, and indicate that Jesus included women in the kingdom of believers growing around him. This is reinforced by Jesus frequently teaching women, healing them of infirmities and visiting their homes.

More remarkably, there’s evidence that women accompanied Jesus as he made his way around Galilee from one village to the next. In Mark 15:40-41, Mark notes that many women went to Jerusalem with Jesus, and followed him in Galilee.

Three of these are named – Mary Magdalene, another Mary and Salome. All of this suggests we need to change our mental picture of Jesus and his disciples. No longer should we imagine him surrounded only by twelve men, but rather accompanied by a much larger, mixed group.

By the time of Paul, there were certainly female, as well as male, apostles. In the gendered world of the first Century, a mixed group made good sense: a man couldn’t easily approach women so it was much better to share the labour and for female disciples to seek out other women in their homes, at the market or washing by a stream.

Quite probably, some of the women were related to his male disciples, or even Jesus himself (tradition remembers Salome as his sister, and the mother of the sons of Zebedee appear in one story).

The prominence of Mary Magdalene in all the Gospels and her first place in lists of women suggests she may have occupied a special role, perhaps as the leader of the female disciples in parallel to Peter’s role as the head of the men.

As we move into the period of the earliest Church, the evidence for female disciples and leaders becomes even more striking. Women were missionary partners but also teachers, envoys, leaders of house churches and interpreters of Paul’s letters.

That they were taking on such roles implies there were precedents among the first disciples of Jesus, even though specific details have not been recorded. 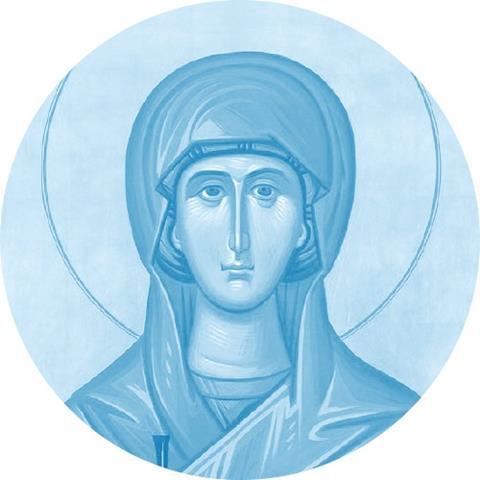 Prisca’s story is scattered across Acts and Paul’s letters. She is nearly always mentioned alongside her husband, Aquila, but notably her name is often listed first. While this would hardly arouse comment today, it was highly unusual in antiquity and no doubt indicated her more prominent position within the Christian movement.

We first catch sight of Prisca in Corinth, having been caught up in an expulsion of Jews from Rome (Acts 18:2). She and her husband set up a tent-making business, and begin to spread the gospel.

They took in Paul when he arrived. Although the apostle would later claim to have “planted the seed” in Corinth (1 Corinthians 3:6), it’s clear that Prisca and Aquila had already tilled the soil.

This pattern – of Prisca and her husband preparing the way for Paul – seems to have been replicated twice more. Around AD 52, the married missionaries set off for Ephesus, once again tentmaking and running a church from their home, to be joined later by Paul (1 Corinthians 16:19,8). In Ephesus, Prisca came upon a learned Jew named Apollos.

She and Aquila began to teach him more about Christ, and strikingly, the fact that her name is mentioned first suggests she took the lead in his education. Such actions could easily have been frowned upon – educated men were not in the habit of taking lessons from low-status women – but it’s a tribute to Prisca’s tact and diplomacy (and perhaps Apollos’ humility) that all seems to have gone smoothly.

When we last glimpse this energetic and gifted woman, she’s back in Rome, running a house church and preparing once again for Paul’s visit (Romans 16:3-5). Prisca’s movements so perfectly match Paul’s that it is hard not to imagine a distinctive missionary strategy at work.

She and her husband must often have put themselves in danger, and we can only guess at what lies behind Paul’s tantalising note that the pair “risked their necks” for him (Romans 16:4, ESV). 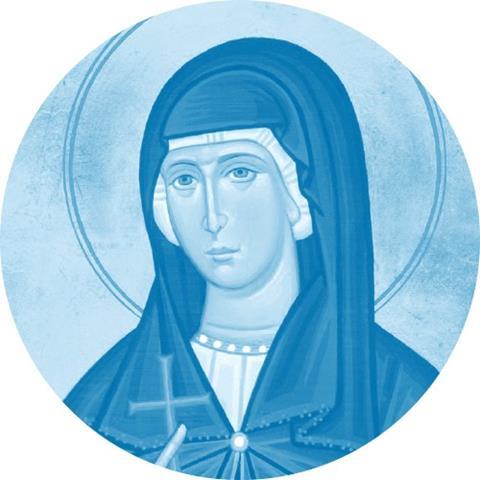 If it were not for Romans 16:1-2, Phoebe would be completely unknown, yet it’s clear that she was another incredibly important female church leader in this period. Paul was planning a visit to Rome, and his letter to the Roman Church was one of the most important he would ever write.

In it he sets out his thinking in a clear and all-encompassing manner, hoping for a warm reception from the congregations there. In the final chapter, he provides a list of people he knew in the Church, hoping they would vouch for him (Prisca and Aquila appear in v3-5). The list starts, however, with a commendation of the person who delivered the letter – Phoebe.

Older translations tend to downplay this woman. She’s described as a “helper”, which gives her the air of a supportive assistant. A better translation of the Greek credits her with being deacon of the church at Cenchreae.

That this is a leadership position is suggested by Paul’s comment that she was a “benefactor of many” including himself. She was obviously a wealthy, well-connected Christian disciple (“sister”) and leader.

Given Paul’s poor (and undeserved) reputation regarding women, it is quite amazing that he chose to send one of the most important letters he ever wrote by the hand of a prominent female leader.

Paul asked the Church to welcome her and to give her all that she needed. Phoebe’s duties would not only have included delivering the letter, but presumably reading it out and explaining Paul’s meaning.

Paul must have trusted that she had a strong grasp of his meaning, and that she would be able to convey it appropriately to others. The first Pauline interpreter, then, was a woman. 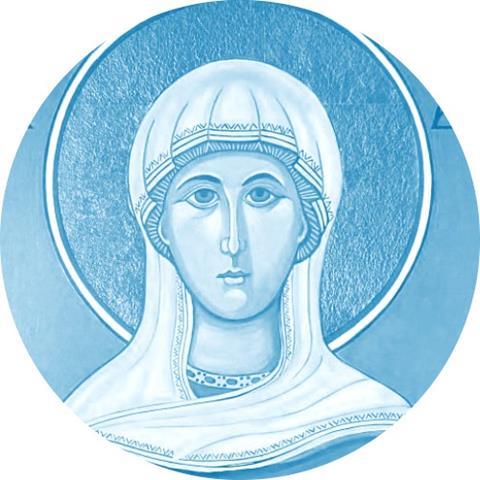 Where contributions of Phoebe and Prisca have been overlooked, Junia has been almost erased. A brief reference to her can be found hidden in Paul’s list of acquaintances in Romans 16:7: “Greet Andronicus and Junia, my relatives who have been in prison with me.

They are outstanding among the apostles, and they were in Christ before I was.”

It’s clear that Junia was a female missionary, along with her co-worker (perhaps husband?), Andronicus. For Paul, Junia was an apostle. This was an important title for Paul, who saw himself as an apostle of Christ, sent out by Jesus with a specific commission.

What’s striking isn’t just that Paul called her “outstanding among the apostles”, but that she’d been a follower of Jesus for longer than he had and also had been imprisoned for her faith. Did she know Jesus when he was alive, perhaps?

Older Bibles have masked Junia’s presence. Although the earliest Christian scholars recognised Junia was a woman, from the time of Martin Luther onwards, translators found it hard to imagine that the individual here could possibly be female.

Their strategy was to change her gender, substituting the common female name ‘Junia’ with an entirely made-up masculine name, ‘Junias’. Nowadays, this is recognised as an egregious example of bias and Junia has been restored to her original gender.

However, this bizarre story emphasises just how fragile the recording of women’s participation can be – and just how easily they can be swept away.

Part of the reason why women were able to play a full role in the life of the early Church was the shared sense that the end of the world was coming soon. ‘Millenarian movements’ such as the one that formed around Jesus are often characterised by a more egalitarian structure.

It was important to get the message out as quickly as possible, and all labourers were welcome.

As time wore on, however, the Church increasingly needed to look respectable to ingratiate itself with wider society. It’s at this period – in the late first and early second Century – that we find texts curbing women’s activities (eg 1 Timothy 2:11-15) and interpolations into Paul’s letters doing the same (such as 1 Corinthians 14:34-35). These are the texts that are regularly quoted when women’s participation is in question.

But it’s important to remember the host of women disciples, apostles, teachers, prophets and deacons whose work ensured the spread of the earliest message.

If their stories are muted, it’s not because they played a lesser role, but because the culture of their day allowed – and even encouraged – their contributions to be forgotten. Once we see the bigger picture, and look for clues, perhaps we can remember them again.