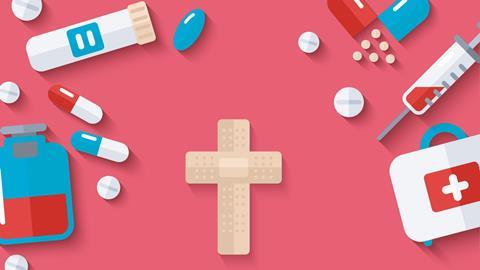 Faith can heal. But doctors are reluctant to have spiritual conversations

As evidence suggests that belief in God can have positive effects on your health, some are arguing for doctors to take a more active role in discussing faith with their patients

Despite studies showing that faith shapes recovery and, in some cases, prolongs life expectancy by up to seven years, very few doctors introduce the subject into their daily consultations. But now, a growing number of key health professionals are saying that doctors should be better trained to talk to patients about faith. Their comments follow research which shows 85 per cent of patients use their religion to cope with illness.

The Christian Medical Fellowship (CMF) counts 5,000 doctors, nurses and midwives across the UK within its membership. For many years it has pushed for better understanding of the benefits of faith to health. It offers evidence from over 1,200 studies and 400 reviews that show a positive association between faith and healthcare when it comes to protection from illness, coping strategies and faster recovery times. In one study, religiosity was shown to protect against psychosis, and patients who used religion to cope had better insight and were more compliant with medication. Spiritual wellbeing was also shown to reduce hopelessness, anxiety and despair.

The Fellowship has been active in urging doctors to invest in spiritual care. Secular training has tended to exclude the deepest concerns of some patients, they say. But a medical study group, established by the Fellowship, concluded that when patients fall ill, spiritual issues often rise to the surface: “The sensitive doctor will explore these by taking a spiritual history and considering how a patient’s existing spiritual views may impact on their current illness and hopes for recovery.”

Referring to the studies, Dr Mark Pickering, chief executive officer of the CMF said: “The implication is that doctors should be faith-literate, and able to understand and elicit relevant cultural and spiritual factors. Therefore, this should be included in medical curricula.”

The question as to whether religion and medicine should mix is a controversial one, and arguments have raged on both sides for decades. Two years ago, 1,000 delegates attended a Veritas Forum where leading figures from medicine debated the role that faith should play. Dr Lydia Dugdale, a primary care worker, told delegates: “It is unethical to ignore the faith of a patient. We do patients a grave disservice by ignoring or seeking to sidestep their religious beliefs. If we ignore the facts, we fail on all scores. There is no way not to bring religion into medicine. The marriage of the two make for better caring. It doesn’t matter if we have no knowledge of religion, we still have to ask basic questions. It does not imply we are taking on a priest’s role.”

Dr Tia Powell, from the Albert Einstein College of Medicine, claimed that religion and medicine should always be together in times of crisis. Religion is a healing balm, she said. “We are on thin ice unless we bring medicine and religion together with respect and care.”

Dr Tyler VanderWeele, a statistician, agreed that religion and medicine can, and should, mix. He highlighted one survey of 1,000 members of the general public, where 68 per cent said their religious beliefs would guide their medical decisions if critically injured.

When asked about cancer treatment specifically, patients and doctors were given a list of seven factors which might influence their decision making. Patients ranked these in the following order of importance: (1) a cancer doctor’s recommendation, (2) faith in God, (3) ability of treatment to cure disease, (4) side effects, (5) family doctors’ recommendations, (6) spouses’ recommendations and (7) children’s recommendations. However, when asked to prioritise the same factors, doctors put ‘faith in God’ in last place. 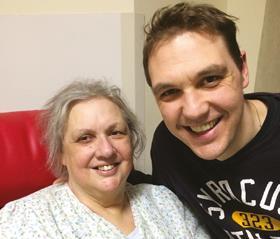 Given just months to live due to incurable cancer, Rhonda Bjelan agreed to record a podcast series with her son, documenting each step in her journey from diagnosis to death.

As a professional radio journalist, Clayton Bjelan was able to produce a much-acclaimed series of twelve episodes. The pair covered the emotions, the disbelief, the preciousness of time and the question of where God was.

Clayton explained, “Faith was at the core of our conversations during her terminal cancer journey. It was an important part of her processing life and death.”

“I would encourage a conversation between medical professionals and patients around faith. Conversation would have most impact when it goes deeper than just ‘what is your religion’ and ‘would you like the chaplain to visit?’ 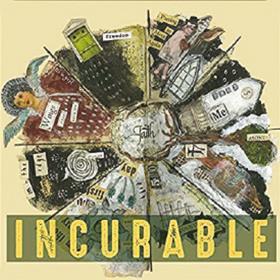 Incurable is available now on all podcast platforms

Physicians may be reluctant to discuss spiritual matters, but Dr VanderWeele said studies conclude that 67 per cent of palliative patients who speak to nurses about religion and 72 per cent who have ‘religious’ conversations with their doctors regard the experience as “very positive.”

“The evidence is now at a standard that is close to irrefutable that religious service attendance is associated with better health,” Dr VanderWeele says. “The evidence has become stronger and stronger that the participation in religious communities powerfully shapes wellbeing. One study suggested that regular attendance could result in an extended life by up to seven years.”

Those opposing change claim that religion is too sensitive a subject in a clinical context. And, where physicians and patients may hold quite different religious beliefs, ethical issues could be complicated. As a result, doctors often side-step the issue.

Dr Richard Sloan of Columbia University is among those who are reticent to make changes. “No one disputes that for a great may people religion brings comfort during times of distress, whether related to illness or otherwise,” he says, “The question of whether physicians can add to that is another matter entirely.”

He believes the evidence that religion helps health outcomes is weak. On top of questioning the validity of some studies, he says doctors don’t have time to discuss faith. And taking aim at colleagues who initiate a faith conversation prior to an operation, he says, “They are taking advantage by virtually holding a scalpel to a patient’s neck thus making the evidence weak.”

THE MARRIAGE OF RELIGION AND MEDICINE MAKES FOR BETTER CARING

But Dr Andrew Sims, former president of the Royal College of Psychiatrists, endorses the studies that show religiosity protects against psychosis, and laments the lack of attention given to strong evidence that faith can improve medical outcomes: “For anything other than religion and spirituality, governments and health providers would be doing their utmost to promote it,” he argues.

The General Medical Council (GMC), established to offer principles of good ethical medical practice to doctors, does encourage doctors who wish to include spiritual factors in their account of a patient’s history. Their guidelines approve “appropriate and sensitive” discussions about faith. This might be good in theory, but what does “appropriate and sensitive” mean in practice? Commenting on the GMC guidance, Honorary consultant psychiatrist, Dr Richard Day, says spiritual conversations can “legitimately” be introduced, but adds, “I suspect that part of the difficulty is how to do this. Perhaps, many of the teachers and clinicians are not confident to teach it.”

IT IS UNETHICAL TO IGNORE THE FAITH OF A PATIENT

Dr Jamie Harrison, fellow in healthcare and religion at Durham University, told me: “In an age of contested world views, exploring matters of faith with patients sounds risky. Both palliative medicine and psychiatry seem willing to explore ‘spirituality’ but may baulk at the idea of exploring specific religious beliefs.” Dr Harrison said practitioners can find such areas deeply uncomfortable or even consider them delusional. “Only by willingly engaging with the patient as a human being, able to hold religious beliefs legitimately, can the conversation move forward. Health professionals need to have the courage and training to explore matters of faith, meaning and identity, and not just at the end of life,” he says.

The convincing evidence that faith contributes to positive healthcare outcomes needs to be acted upon in the future. Patients need to become more confident in raising such conversations with their healthcare team, while doctors and nurses need to cast aside old prejudices and consider faith as a tool of the trade in the delivery of care. As Christians we should surely be encouraging this at every opportunity.

Robin CrowRobin Crow is a medical journalist and former editor of some of the UK’s leading medical newspapers. He contributes to the lay and medical press and writes broadcast documentary treatments. Robin was chief executive to Spa Health Television, editorial director of Doctors’ Guide and publisher of The Health Correspondent.