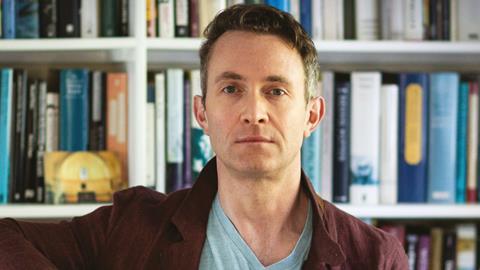 Douglas Murray: The anti-woke atheist with a soft spot for Christianity

The secular journalist known for critiquing left-wing ideas has attracted a huge following in recent years. He might identify as an atheist, but the former Christian remains fascinated by faith

Douglas Murray has the patience, if not the dogmatic beliefs, of a saint. In two video exchanges on the Unbelievable? show, Murray has gamely responded to the questions that Christians love to ask their favourite thinkers: What about God? Do you believe? Could you believe? What holds you back? Anything I can, er, help explain…?

It’s inevitable that Murray’s work provokes these nosy inquiries. One of the biggest obstacles to the gospel in contemporary Britain is a vague feeling that Christianity is irrelevant and out-of-date; Murray is self-evidently unlikely to be swayed by such prejudices. On almost every issue on which he has written in the last few years – migration, multiculturalism, Brexit, assisted suicide, the Jordan Peterson phenomenon, wokeness, transgenderism, the aftermath of George Floyd’s murder – Murray has taken the opposite view to the London consensus. As associate editor of The Spectator, he epitomises the magazine’s unembarrassed defiance of conventional wisdom. You don’t need to agree with all of Murray’s views to appreciate his unique voice: he has been, as one 20th-Century poet said of another, “contemptuous of the babble of his time.”

As any reader of Murray’s books will have noticed, however, there is much more to his writing than a mere desire to explode fashionable delusions. The best chapter in The Strange Death of Europe (Bloomsbury), Murray’s much-debated study of mass immigration, is an excursion into German intellectual history which concludes that “beneath this surface existence [of the consumer economy] everything else in European thought and philosophy is a mess.” The Madness of Crowds (Bloomsbury) suggests that the new politics of gender, race and identity are a flimsy substitute religion; again and again, Murray expresses his dismay at the shallowness of these movements, their indifference to truth and consistency, their fundamental unseriousness.

By contrast – and this comes across strongly in the Unbelievable? exchanges, the first with Esther O’Reilly and the second as part of a recent edition of The Big Conversation with NT Wright – what fascinates Murray about Christianity is its depth and weightiness.

In the Wright exchange, Murray cites Allan Bloom as saying that “if you’re not going to have the Bible, you would need to have a book of equivalent seriousness to base it all on”. It’s “actually quite hard”, Murray observes, “to think of a book of equivalent seriousness to the Bible”. He senses it on a visit to Galilee, where he finds himself thinking: “Something happened here.” He senses it in music, in “strange moments” when the world seems to open onto another dimension. And he senses it when he looks back at Christianity’s role in shaping Western culture – particularly at Christ’s revolutionary example of how to forgive.

As Murray points out in The Madness of Crowds, after citing examples of people losing their jobs because of ill-advised comments they’d tweeted years ago: “We have created a world in which forgiveness has become almost impossible…The Christian tradition, among others, stressed the desirability –if not the necessity –of forgiveness…Today we do seem to live in a world where actions can have consequences we could never have imagined, where guilt and shame are more at hand than ever, and where we have no means whatsoever of redemption. We do not know who could offer it, who could accept it, and whether it is a desirable quality compared to an endless cycle of fiery certainty and denunciation.”

Murray conceded that atheism, as a tradition and community, seemed to make little contribution on subjects like suffering, tragedy and death.

If today’s church leaders disappoint Murray, it is because they seem unable to channel this seriousness. He’s annoyed by the Church of England’s sombre statements about racial justice, not simply because the statements are left-wing but because the bishops’ language and tone sell short the profundity of the religion they are supposed to represent. The Church should be preaching its own truths, Murray argues: “When one sees it falling into all of the latest tropes, one just thinks, well, that’s another thing gone, it’s just like absolutely everything else in the era. Everything in this boring, monotone, ill-thought-out, shallow dialectic.”

Reading between the lines, it appears that Murray, who was raised a Christian and became an atheist in his “late-ish 20s”, has since rebounded a little towards belief. His original article declaring his atheism, written for The Spectator in 2009, described his first Christmas as a non-Christian: “Things this year seemed both more open and more possible. More fragile and more precious…if anything, even more miraculous.” But a few years later, Murray conceded that atheism, as a tradition and community, seemed to make little contribution on subjects like suffering, tragedy and death. Moreover, “It has little if not nothing to say about human forgiveness, remorse, regret or reconciliation.” Atheists hoped that philosophy and poetry could take the place of religion, but was that remotely plausible? “How many people who would once have gathered in a place of worship now meet on philosophy courses? Oughtn’t poetry books to be selling by the millions by now?” Murray was challenging his fellow atheists to face up to the gaps in their story.

That was in 2013, and today Murray seems even more disenchanted with atheism. He is prepared to accept “Cardinal Ratzinger’s invitation…to live as though God exists.” As for Christianity: “I don’t really understand people who don’t wish it to be true,” he says.

But the wish to believe, of course, is not belief. Murray still has his doubts, especially about the credibility of scripture when it is placed under the microscope of historical, archaeological and scientific scrutiny. To put it like that, however, oversimplifies Murray’s position. Asked by Justin Brierley if there is a “missing piece”, Murray replies: “It’s too complex to see what the missing piece would be or could be and it would be presumptuous of me to try to explain it or suggest it.” Perhaps the essential question for Murray is this: if he was to become a Christian, “Can I do it in a way that allows me not to have to volunteer up, you know, even a part of my sense of intellectual honesty or self-worth or self-esteem?” Can he be absolutely sure, in other words, that no Christian teaching would require him to sneakily adjust the laws of evidence or logic; that none of it would depend upon special pleading or double standards?

Murray’s exchanges on Unbelievable? offer Christians both a challenge and a consolation. The challenge is this: to show that our beliefs can stand up, not just to the cheap shots of people like Richard Dawkins but to the honest inquiries of someone who wants to retain their intellectual integrity. The consolation, meanwhile, is that for many non-believers, as for Murray, the contrast between the nostrums of the modern world and Christianity remains as obvious as the difference between a paddling pool and the Pacific.

Can Christianity be good for us without being true?

Douglas Murray and Tom Wright recently joined Justin Brierley for an edition of The Big Conversation from Unbelievable? In this edited extract they talk about Douglas’ belief in the cultural importance of Christianity. But does it matter if Christianity is not actually true?

Douglas Murray: Obviously it matters a huge amount. The place I’m at is complex. Whether it is possible to keep what you need without holding on to the idea of it being true. Can we maintain an ethical and moral structure without the roots that gave it birth?

Many people think that the conclusion is already in on that. And the answer is “no”. I don’t know, because we’re currently living through an attempt of that experiment.

It’s like the question of exactly where the fire stops and where the heat begins. Whether you’re living on the embers and whether you can get them going again.

NT Wright: You would expect me probably to quote St Paul: “If the Messiah is not raised, your faith is futile and we are still in our sins” [See 1 Corinthians 15:17].

You know, it’s pretty basic. There is stuff that happened that was unexpected, that was dramatic, that you couldn’t actually have made up. That doesn’t in itself mean that it’s true. But it does mean that if you put that in the middle, you can see how everything else makes sense around it.

So could we have all the benefits without it being true? I’ve been married for nearly 50 years now. Supposing my wife didn’t exist, but I could still have a lovely home and well-cooked meals etc. Would that be all right? And the answer is, of course not. Because it’s all about her and being together with her.

Christianity is all about Jesus. It isn’t so that we can have something else – a nice system of how to live. It’s that we have Jesus, and because we have Jesus, then all the other things make sense.

Justin Brierley: Tom believes that if Christianity is ultimately going to be helpful, it’s on the basis that something really happened. But Douglas, you’re not really sure that you can go down that route?

Douglas Murray: I remember reading a very interesting book by George Steiner, in which he relayed one of the most important conversations he had in his life in South Africa.

Late one night over dinner, he’s talking with some black activists during the time of apartheid. And one of them says to Steiner, who is obviously Jewish: “But you don’t understand. We don’t have a book.” Steiner said it was one of the most flooring and distressing things he had ever heard. These people were not Christian and what they noticed was, they did not have something to draw upon in the same way that Steiner had the Torah.

I do think this is a challenge. What would you base it all on?

Watch the full discussion on ‘Identity, Myth & Miracles’ between Douglas Murray and NT Wright at thebigconversation.show

Dan HitchensDan Hitchens is a journalist and the former editor of the Catholic Herald.