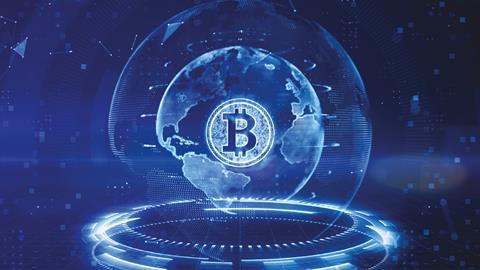 Cryptomania explained: What Christians need to consider before investing in Bitcoin

Bitcoin is here to stay – but what exactly is it? How does it work? And should Christians invest? Chris Goswami answers all your questions

Bitcoin is just one of thousands of new cryptocurrencies that have made headlines in recent years as its value has soared several thousand per cent (and occasionally plummeted). Many countries, including the UK, US and EU nations already accept Bitcoin payments in limited use but it’s growing – fast. Last month, the chancellor, Rishi Sunak, announced his intention for the UK to become a global hub for cryptocurrency technologies and investment: “We want to see the [cryptocurrency] businesses of tomorrow, and the jobs they create, here in the UK”, he tweeted.

Some commentators believe cryptocurrencies are the world’s strongest currencies and a solution to global poverty. Others say they’re a harbour for criminal activity and an environmental disaster. What’s the truth? And what do Christians need to know about these new, powerful forms of payment?

OUT OF THE ASHES

In the aftermath of the 2008 global financial crash, Satoshi Nakamoto (a pseudonym for persons unknown) proposed a vision for a completely new currency. Bitcoin would not depend on banks, which can fail disastrously, but would be independent of any organisation or government; a decentralised, democratic, resilient currency, managed by its users.

Out of this vision Bitcoin, the world’s first, and biggest, cryptocurrency emerged. But where do Bitcoins actually come from?

Think about gold. Gold doesn’t have value in itself, it’s just a shiny metal you find in the ground. This metal only has value because, as individuals and nations, we all agree that it does. On the basis of that agreement, we can use gold to barter for goods. Similarly, enough people have agreed that Bitcoin has a value, and so it has become a currency that you can use to buy and sell things on the internet.

Gold is mined by digging a hole in the ground or panning in a stream. If you are very lucky, you might find a nugget or two. Bitcoins are also mined, but not by digging holes. They are “mined” by getting your computer to solve a complex mathematical puzzle set by the Bitcoin system. Each time a puzzle is solved, everyone agrees that the person who solved it owns an additional Bitcoin. This will continue until all the Bitcoins have been found – a maximum of 21 million.

One Bitcoin is (today) worth around £36,000, and, potentially, anyone can mine Bitcoin and get rich. If you Google “bitcoin mining software”, you can download it straight onto your laptop! But before you give up the day job, note that an average laptop running 24 hours per day, seven days a week, will take years to find even one solution, or Bitcoin. You need a warehouse full of high-end computers to have any chance. Anyone can buy a spade and attempt to dig for gold, but you need dedicated mining equipment to succeed with any reliability.

HOW DOES IT WORK?

Cryptocurrencies are not physical currencies; they are electronic – just like most other payments. More than 90 per cent of your financial transactions today are electronic. When you buy an item with a card, the bank updates your account but no physical money changes hands. Similarly, Bitcoin is an electronic currency with an agreed value. Advocates argue that Bitcoin and other cryptocurrencies are simply the logical next step in payments. There is, however, one important difference: no central organisation takes care of the transactions. There is no bank, no Mastercard, no PayPal managing your account. These organisations may accept Bitcoin transactions but they don’t manage them. Instead, every computer in the world mining Bitcoin also stores an encrypted record of every transaction that has ever taken place. This is mind-boggling, but it works. We call this online ledger the Blockchain.

It’s nearly impossible to hack the Blockchain, as you would need to attack millions of computers worldwide, simultaneously. That makes Bitcoin transactions incredibly secure. Removing the middleman (the bank) also makes this system efficient, cheap and fast.

So far so safe, but what of the ethical implications of cryptocurrencies? 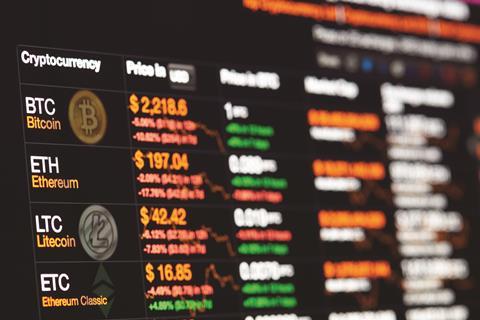 Traditional Bitcoin mining companies use colossal amounts of electricity to run hundreds of computers, with vast amounts of cooling, to solve Bitcoin puzzles and store transactions. One person in my Cheshire town mines cryptocurrencies in his basement. He has 168 computers running 24 hours a day, and he hasn’t turned his heating on for two years!

People are most likely doing the same in your town, too. In fact, according to the Cambridge Centre for Alternative Finance, global Bitcoin mining alone consumes more energy per year than the whole of Malaysia or Sweden. One town in the US has even banned its residents from Bitcoin mining as it was exhausting the electricity supply and pushing up prices.

In the current climate (pun intended), it’s difficult to justify using thousands of computers to solve puzzles. There is a way forward, however: green cryptocurrencies. Some of these use renewable energy sources for running computers, but that is still electricity that could be used to heat a home or run a factory. Other options are genuinely green, working entirely without the need for number-crunching, and therefore requiring minimal energy.

Since cryptocurrencies operate outside of traditional banking models, they are often accused of offering a natural home for criminal activity. This could potentially include the sale of illegal weapons, drugs or ransomware (where a message appears on your laptop demanding a ‘ransom’ to prevent your files from being deleted). It’s easier to demand payment in a global currency where the transactions are instantaneous. Cryptocurrencies also stand accused of being favoured by autocratic regimes, including Russia and North Korea, because of their encrypted nature. Both Europol and the UK’s National Crime Agency have also warned of money laundering through the use of crypto mixers - software that combines coins from different wallets together, shuffles them and redistributes them - making it hard to trace the origins.

But none of this has been proven. And, since the Blockchain maintains a permanent record of all transactions, Bitcoin supporters argue its traceability actually makes it better at uncovering scams and criminality.

There are ways to get around Blockchain safeguards, of course, for example by moving payments through multiple encrypted online accounts. As with all cybercrime, it’s a question of law enforcement keeping up with criminal invention.

Our traditional payment systems often exclude people with no bank account – including billions in the global South. Even if you do have an account, it’s expensive and time consuming to wire money from a Western country to a developing one. Cryptocurrency transactions take place at almost no cost, are incredibly fast and don’t require a bank account. Great for sending money or securing a small loan without a bank account.

So far, there is little evidence of this use becoming widespread, however, despite cryptocurrencies having been around for over a decade. Moreover, other payment systems are already proven and more popular. M-Pesa, launched by Vodafone Kenya (Safaricom) in 2007, is a simple mechanism used across 200 countries to send money with nothing more than a mobile phone. Rather than helping the poor, digital currencies are often about the rich getting richer. Cryptocurrency feels more like gambling than investing and, like gambling, only a few will win.

Having said that, cryptocurrencies can benefit developing nations where there is hyperinflation or where foreign currency is difficult to obtain. If you live in a country where the inflation is 1,000 per cent, placing some of your savings into Bitcoin may help prevent them being inflated away. Some nations, such as El Salvador, have declared Bitcoin to be legal, commonly accepted tender.

WHAT DOES THE BIBLE SAY ABOUT CRYPTOCURRENCY?

Nothing – obviously; cryptocurrency didn’t exist in Jesus’ day. But money did, and on this topic the Bible has a lot to say. In fact, money is one of the top five subjects that Jesus spoke about.

Jesus told his followers not to become obsessed with accumulating more, or let wealth become an idol (see the story of the rich young ruler in Matthew 19 and the parable of the rich fool in Luke 12). We are to deal with others with integrity and honesty (think of the calling of Matthew and Zacchaeus). And we are to invest our “talents” well (Matthew 25), somehow being “as shrewd as snakes and as innocent as doves” (Matthew 10:16) while also using our gains to help others. Many other parts of the Bible also speak into this topic – such as the instruction in James 4 to avoid get-rich-quick schemes.

Ultimately, making money by investing – even speculating – is not unchristian, and neither is being rich. But the way in which we gain wealth (most importantly, at whose cost?) and what we do with the assets we own, show what kind of Christian we are. 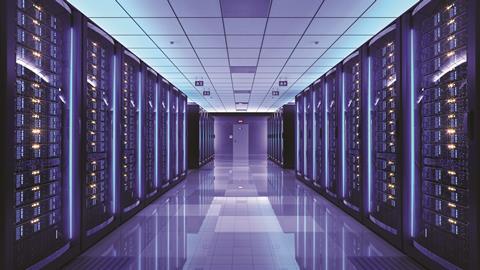 WE ARE NOT TO BECOME OBSESSED WITH ACCUMULATING MORE, NOR ARE WE TO LET WEALTH BECOME AN IDOL

Whether we like it or not, there is undoubtedly a revolution taking place in the way that we pay for goods. Due to the pandemic, we have already seen a global shift away from hard cash to contactless payments, and I doubt you’ll see many churches going back to plate collections. Cryptocurrency is the next wave of this revolution; over the years it will become less volatile, more sophisticated and could dramatically impact our day-to-day lives.

Holding all this together is challenging, and Christians will need to draw their own individual conclusions. Will we be users of the new monetary systems or investors? If you enjoy speculating – say you have your pension invested in high risk funds – and are happy with the ethics, then green cryptocurrency investments may be an option for you.

Alternatively, why not invest in well-established ESG (Environmental, Social and Governance) funds where the ethics are clearer? Rather than simply waiting for the price of Bitcoin to rise, your investments could provide someone with a job, mortgage or factory equipment to increase production and provide employment for others.