David Coffey: My 3 memories of meeting the Queen

The Baptist minister recalls several meetings with the late Monarch 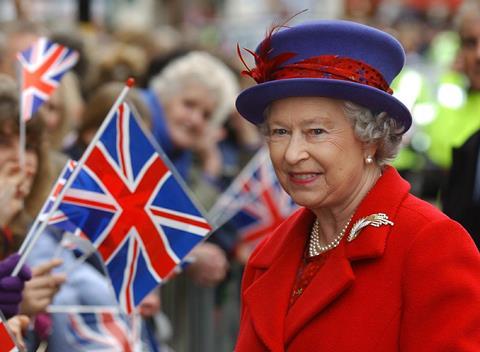 I had the privilege of meeting Her Majesty Queen Elizabeth II and many times observing her on duty on national occasions.

My first meeting was in July 1986 at a Buckingham Palace Garden Party. I had been inducted as President of the Baptist Union at the end of April that year. In May, I was a member of the ecumenical delegation of British church leaders that visited the Soviet Union. Mikhail Gorbachev assumed his leadership in 1985, and the process of glasnost and perestroika had begun.

My wife Janet and I had no idea in advance that we would meet any royal family member, let alone the Queen. Randomly, guests at the garden party were approached by Lord Airlie, The Lord Chamberlain, and invited to stand to one side to greet the Queen. My wife and I were among the guests selected and minutes later found ourselves in conversation with the Queen.

Her Majesty was keenly interested to learn of my recent visit to the Soviet Union. I was able to share that while standing in Red Square, a group of older Russian women discovered we were from the United Kingdom and immediately exclaimed, “We love your Queen and the royal family!" We worked out these older women would have been ten years of age when the Russian royal family were brutally assassinated in 1918. The Queen commented on her Russian relatives and said she had never visited the Soviet Union but would love that opportunity one day. Eight years later, she did make a state visit to Russia in October 1994, the first ruling British Monarch to set foot on Russian soil.

The months of March and April at Windsor Castle used to be known as Easter Court. During this time, the Queen and the Duke of Edinburgh would host ‘dine and sleep’ events at the Castle. Guests arrived early evening, enjoyed an evening meal, slept overnight at the Castle and left after breakfast. Janet and I were privileged to receive an invitation to a ‘dine and sleep’ event in April 1995. Unfortunately, the fire of 1992 meant no sleepover accommodation at Windsor Castle. Still, we could enjoy an informal evening dinner with the royal couple and their 14 guests. It was so relaxed there were corgis under the table throughout the meal hoping for scraps to fall. The Provost of Oriel College Oxford and his wife were guests, and the Queen was amused we didn’t know each other and hadn’t travelled together from Oxford!

After dinner, we were taken to the Grand Corridor, where individual items were displayed on tables. They had been selected for each guest from the Windsor Castle Library and were personal to our life and background. Our first item was a handwritten note from Queen Victoria to William Gladstone. She requested her Prime Minister "to be kind to the nonconformists among us as they do us good". The second item was a photograph of a young Charles Haddon Spurgeon with his wife, Susannah. I hadn’t seen this particular portrait of Spurgeon and his wife, and it was impressive to discover the library staff carefully researched my ministry background. As each guest looked at their items, the Queen and Duke came alongside to see our reactions. I confess I was more knowledgeable in commenting on Spurgeon than Gladstone and, with prior notice, would have recalled the attitude of veneration that 19th-century nonconformists held for Gladstone.

My third memory of Her Majesty the Queen was one of observation while attending a service in Westminster Abbey in October 1995. I was one of the ecumenical guests at the opening service for the 6th General Synod of the Church of England. The preacher was The Revd Dr Oliver O’Donovan, whose sermon theme was the importance of speech to the Christian faith. He urged members of Synod not to be hustled by deadlines, panic or someone’s urgent advocacy. It could have been a message designed to encourage this Baptist pastor.

The service concluded with communion. As the Queen came forward and knelt to receive the bread and wine from the Archbishop, the choir were singing as an anthem the words: "Be still for the presence of the Lord is moving in this place…no work too hard for him, in faith receive from him".

I found the image of the kneeling Monarch very poignant, as a few days earlier Princess Diana had given her now infamous BBC Panorama interview to Martin Bashir where she spoke candidly about her broken marriage relationship. Twenty-three million viewers viewed the programme, and the worldwide audience was estimated to be 200 million across 100 countries.

That morning in the Abbey, I saw a woman of faith kneeling in prayer, her hands opened to receive the bread and wine, symbolising the spiritual needs of one family needing God’s grace during a public crisis. In many of the public tributes to the Queen, her strong Christian faith has been emphasised, supported by the words of her personal testimony: "The life of Jesus Christ has been an inspiration and an anchor in my life."

David CoffeyDavid Coffey is is Global Ambassador for BMS World Mission. Following theological training at Spurgeons College he was ordained in 1967 and then ministered in three Baptist churches in the UK before serving as General Secretary of the Baptist Union of Great Britain for fifteen years prior to becoming President of the Baptist World Alliance 2005-2010.