'Not My King!' Why, as a Christian, I am willing to be arrested for opposing the monarchy

Symon Hill was arrested, handcuffed and put in a police van after interrupting the announcement of King Charles III in the centre of Oxford. He explains why as a Christian, he felt it necessary to intervene and make his voice heard 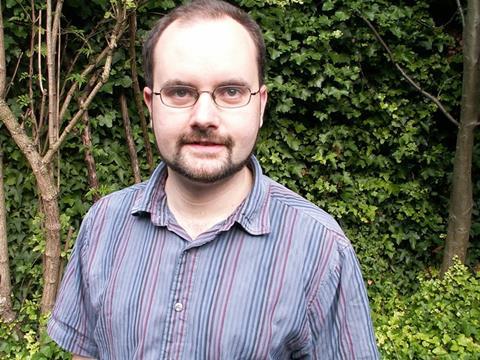 After being arrested Symon HIll, 45, told Premier that Jesus was his only 'rightful King'

When Jesus proclaimed the kingdom of God, it was profoundly subversive.

The belief that 'Jesus is Lord' was an offensive to the Roman emperor, who himself claimed to be divine. The early Church stood strong in the face of persecution and Paul undermined the authorities every day by encouraging people to follow Christ, and therefore stop worshipping the emperor.

It wasn't until the fourth century, when the Roman Empire domesticated Christianity, that theologians began promoting support for earthly kings. Old Testament passages were torn from their context to suggest that all kings are anointed by God. In reality, God said that by asking for an earthly king, the Israelites had "rejected" him (1 Samuel 8:7-9).

Many of the first people to suggest alternatives to monarchy in the 17th century were motivated by Christian faith. “No king but Jesus!” was a common slogan among English Puritans.

The church to which I belong, New Road Baptist Church in Oxford, traces its history to a congregation that was founded after Charles I fled the city in 1646 during the English revolution. For the Baptists celebrating their newfound religious liberty at that time, the rule of King Charles was a barrier to the reign of King Jesus.

Those 17th century Puritans would have been surprised if they had been able to see Oxford on 11 September 2022 when local dignitaries and military leaders stood on a stage in the city centre and declared Charles III to be king.

I was on my way home from church when the proclamation was read. I had not organised a protest. The proclamation began with expressions of grief for Elizabeth II. I would never interrupt an act of mourning. But when the High Sheriff of Oxfordshire declared Charles to be our “only and rightful liege lord”, to whom we should give “obedience with humble affection”, I couldn't stomach it.

I cannot accept Charles as my lord. There is such arrogance and absurdity inherent in being told that we must accept and obey a new king and head of state about whom we have not been consulted. So I called out, “Who elected him?”

A couple of people near me exercised their freedom of speech by telling me to shut up. I said that a head of state was being imposed without our consent and that we should not bow down to him.

I was at the back of the crowd and I doubt most people heard me. But within moments three security guards grabbed me and pushed me backwards. Police officers arrested me, handcuffed me and put me in a police van. There were similar arrests of other anti-monarchists for minor protests in Edinburgh and London, prompting alarm about the suppression of free speech. I was released the same afternoon but could still be charged.

I will not bow

Christians have varied views on systems of government. Some Christians argue we can accept earthly monarchs if they are subordinate to the Kingdom of God. I respect people who take this view, but the language of monarchy does not really allow for it. If Charles is our “liege lord”, he is entitled to obedience and subservience. It is difficult if not impossible to assert the value and dignity of human beings if we view some humans as more valuable than others - because of who their ancestors were.

If the language of the coronation includes assertions that the king is appointed by God, then as Christians we need to speak out against it.

As a sinful and often selfish human being, I fail all the time to treat others as I wish to be treated. I cannot even aspire to do so if I do not treat them as my equals. To treat someone as inferior to me, or superior to me, is to violate the reality that we are equal in the sight and love of God.

I have heard people say that events such as the royal funeral and the upcoming coronation are providing millions of people with a witness to the Christian faith. I am not so sure. I am not for a moment questioning Elizabeth’s Christian faith, nor can I see into the hearts of her family. It is not helpful, however, to give the impression that Christianity is more relevant to ceremonial occasions than to people’s everyday lives. If the language of the coronation includes assertions that the king is appointed by God, then as Christians we need to speak out against it.

We can declare an earthly monarch to be our only lord. Or we can proclaim the very different values of the kingdom of God, upholding the value and dignity of all human life. I do not think we can do both.

Symon HillSymon Hill is a Christian author and activist. He is Campaigns Manager of the Peace Pledge Union and a history tutor for the Workers’ Educational Association. He is a deacon at New Road Baptist Church in Oxford and is the author of The Upside-Down Bible: What Jesus really said about money, sex and violence (Darton, Longman and Todd).