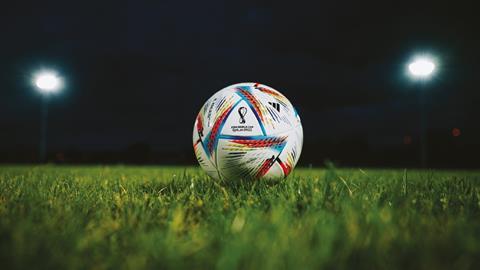 In looking ahead to the men’s World Cup, Jonty Langley wonders how the event has become so controversial. The answer, he discovers, is beer. Sort of

The 2022 men’s football World Cup has, it seems, brought wokeness to the masses.

The controversial decision to host the competition in Qatar left many angry when it was announced in 2010 and, as the tournament gets closer, so the anger seems to be rising.

A lot of the criticism revolves around the feeling that Qatar treats its workers badly – particularly construction workers involved in building the infrastructure necessary for an international sporting event. These labourers – often foreign and extremely low-paid – are expected to work in dangerous conditions.

Allegations of racism, exploitation and unacceptably high fatality rates have been made, but they are not the only reasons people are angry. Qatar does not treat women well, either, and Christians have expressed concerns about its record on religious freedom. Many have also questioned whether the process of awarding the event to Qatar was fair and free of corruption.

The level of feeling about Qatar’s shortcomings seems disconnected from what the public usually feels about issues of this kind. It’s almost as if the anger is about something else. And, for Christians, it is worth stepping back from the worldly narratives at play and assessing what is truly driving the rhetoric and emotion.

The criticisms, after all, have not solely been about ethics. Some have said that the tiny nation of Qatar is ill-equipped to handle an event this size.

Others have objected to a country with little footballing credibility having the privilege of hosting this greatest of contests, and still others have resented the heat in which it will be played and the necessary shifting of dates.

But even within these concerns, something else seems to be afoot. After all, the event has previously been held in Switzerland, which is also a small country.

Similarly, the idea that a country should be great at football in order to host is quite a leap. It’s not as if the USA, hosts of the next World Cup, are footballing titans.

And as for the heat, it does seem a little childish to expect all competition conditions to match those of your home turf, particularly since players from Africa and Latin America manage to play in the European cold. I simply can’t believe that British fans are such bad sports. Something else must be going on, and I think I know what it is.

Of all the facts to come out of journalistic investigations of Qatar in advance of the World Cup, the shocking news that a Muslim nation will not allow alcohol to be sold in its stadiums has probably provoked the most ire among fans.

And in this, I think, we can find a clue as to why people have been feeling so uncomfortable about Qatar hosting. It’s because they’re Muslims. And Middle Eastern. Both groups that have been routinely and systematically portrayed to us in the West as the enemy.

Islamophobia has been so normalised in the UK that we elected a man to the highest office in the land who had said appalling things about Muslim women.

Dark-skinned men have been the bad guys in our movies, racially profiled at our airports and designated as enemy combatants simply for being in certain parts of Afghanistan and Iraq. We have been trained to think negatively about the entire Middle East – and when I say ‘we’, I don’t just mean skinhead Millwall fans. 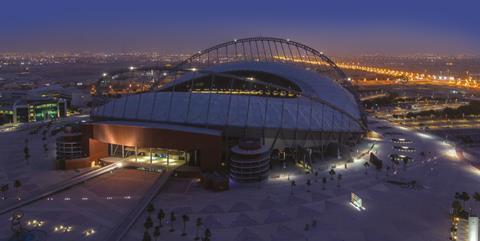 A 2022 study by the University of Birmingham found that Islamophobia is more prevalent among middle- and upper-class people (who fill most of our churches) than the working class.

But beyond white-collar Britain, one in four people holds conspiratorial views of aspects of Islam. The UK public is almost three times more likely to hold prejudiced views of Islam than other religions.

This ethnic and national prejudice was evident from the different ways Ukrainian and Syrian refugees were welcomed by both our government and the wider public. Is it that hard to imagine similar intolerance is informing the debate about Qatar?

Racism is a sin. Assuming one type of person made in the image of God is somehow less worthy, less deserving of the benefit of the doubt (or less able to host a multi-venue sporting extravaganza) is wrong.

When we tangle our prejudice up with antagonistic attitudes to people who grew up in different religious cultures, we don’t just sin, we also provide a terrible witness to the work of the evangelisation of the nations.

“Oh, come on,” I hear you say. “That’s a bit strong. I just don’t want to have to swelter in the desert to watch an international match, and I have some questions about the transparency of the process by which the hosting was awarded.”

Those are legitimate concerns. But to pretend the failure of England’s bid, which was announced at the same time as Qatar’s successful one, doesn’t inform the public distrust of the process – even just a little – is as blind as we say the ref is when a penalty is awarded to the other team. 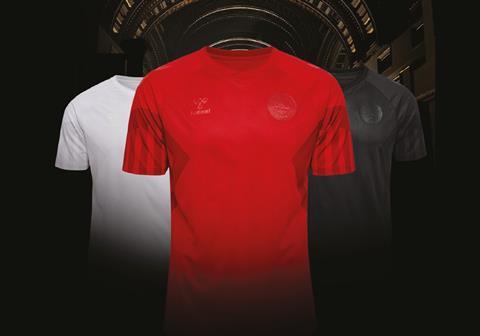 That’s not to say any ideas of shenanigans within the top ranks of FIFA is paranoia. From Sepp Blatter’s well-publicised fall to FBI corruption indictments, FIFA is not an organisation that inspires universal love and confidence.

But to pretend that the primary problem with FIFA is the fact they gave a small, wealthy country in the Middle East the right to host the men’s World Cup is to be wilfully ignorant.

FIFA, as one Huffington Post journalist pointed out, makes incredibly high profits for a non-profit organisation. It rakes in billions from TV rights and sponsorship deals while calling itself ‘non-commercial’ and precious little of that makes it to local clubs.

In addition, a vast amount of the money in the football ecosystem comes from gambling. The sports betting industry advertises wall-to-wall around televised football events, despite being a behemoth of socially destructive effects, which primarily affect the poor.

If we are to discuss the ethics of large-scale sporting events, we need to recognise the role this industry plays in propping up the game. 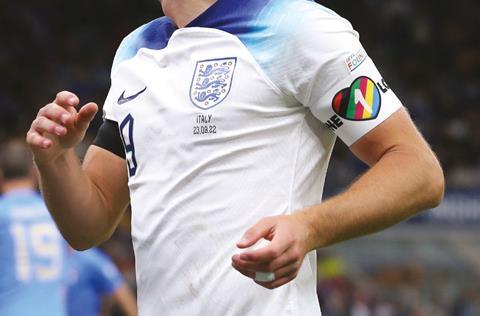 Remember the horrific statistic you may have read already: 6,500 migrant workers have died in Qatar in the decade since hosting was awarded. Anyone who does not find that number awful may not have much Christian empathy in their heart.

Does this mean that everything is fine in Qatar? No. As Human Rights Watch has pointed out, Qatar has “dragged its feet” on workers’ safety and shown “apparent disregard for workers’ lives”.

These things should make us righteously angry. But Christians should be angry that workers in any country, in any industry, are forced into coercive power relations with their employers and prevented from collectively working for better pay and conditions (Jeremiah 22:13; Deuteronomy 24:14; James 5:1).

We should support them when they strike and challenge narratives that always blame workers rather than bosses when there are disputes. And we should oppose those who deride health and safety legislation and other forms of regulation (the reason why the UK’s own construction worker death rate is not similarly shocking) both here and abroad.

God cares about the oppressed. So we should also ask whether our churches have been at the forefront of that fight in our own country. And we should recognise the double-standards that we sometimes apply.

The FA banned women from playing football for more than 50 years, and it took a spectacular winning streak for our own women’s team to get anywhere near the kind of coverage the men’s team gets automatically.

At the very least, if we are to engage in performative outrage at Qatar’s human rights record, we should display the same displeasure when the next World Cup rolls around. Will we decry the USA’s invasion of sovereign nations and its international assassination programme (not to mention its disproportionate incarceration of Black people) when it plays host in 2026?

If we are so concerned about fairness, justice and transparency, perhaps we might look at whether large sporting events ever benefit the poor and working-class people in the places they are hosted (I’m looking at you, London 2012).

Might we be brave enough to recognise that trickle-down economics don’t seem to work within FIFA, or for that matter, in entire countries?

Perspective is important in our moral conversations. For Christians, who have been given the command to “take the plank out of [our] own eye’ (Matthew 7:5), blindness to our influences, prejudices and own personal faults is not really an option. Regardless of whether or not we think ourselves ‘woke’