Which God tells the truth? 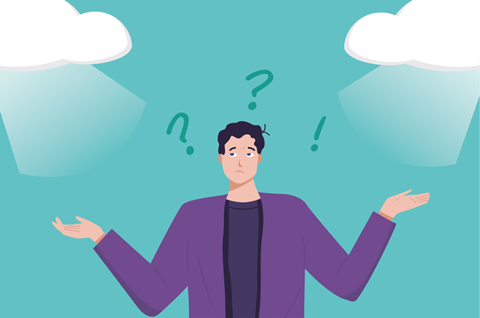 When I was growing up, I remember being told: “If you don’t have anything nice to say, don’t say anything at all.” Sound advice to give a child. But when I read through the Bible I discovered God operates a little differently.

For instance, how would Adam or Eve feel about being perpetually remembered as the couple responsible for bringing sin into the world and causing the whole of humanity to fall? And how embarrassing is it for David to be recorded, for all to see, as an adulterer and murderer?

The late American author Edward Abbey once remarked: “better a cruel truth than a comfortable delusion”. The Bible doesn’t shy away from relating seemingly ‘cruel truths’, even when it pertains to heroes of the faith. But something strange happens when many of these same characters are mentioned in the Koran. For example, according to the Koran, Adam and Eve did not use their free will to reject God’s command, instead Satan made them slip (Q2:36). All traces of David’s adultery have been removed. And when it comes to Muhammad, Allah forgives his past and future sins without requiring repentance (Q48:2).

Worse still is the minimising of Muhammad’s questionable behaviour, such as ordering his followers not to be friends with Jews and Christians (Q5:51), ordering the killing of those who opposed him through poetry (Ibn Hisham), marrying his adopted son’s wife (Q33:37) and continuing pagan practices such as kissing the black stone (Bukhari 1610). To the God of Islam, none of these actions count as sin. In fact, the Koran holds up Muhammad as a person of “great moral character” (Q68:4), an “excellent example” to follow (Q33:21), and the person to submit to as “he who obeys the Messenger has indeed obeyed Allah” (Q4:80). Thankfully, I’ve found that many of my Muslim friends, while professing to follow Muhammad, are far more kind than the way he is presented in the Islamic texts. But that said, the exaltation of sinful behaviour is a problem.

The God of the Bible is far more honest about our sinful condition than the god of Islam. YHWH always tells the truth, even if it’s uncomfortable for us to hear. “God is not a human, that he should lie” (Numbers 23:19). He lets us know that sin is not something that can be glossed over. It’s really, really bad. Sin has serious consequences – it leads to death. Following a fellow sinful man, especially a man like Muhammad, won’t help. We need to be saved by one without sin. We need to be saved by God himself.

It’s telling that in the Koranic version of the Adam and Eve story, Allah does not condescend to meet them in the garden. Yet in the Bible, we discover that God walked and talked with Adam and Eve as friends and, once they had sinned, covered their nakedness and shame with animal skins. And, later, he came again as the man Jesus, lived a sinless life, and therefore was worthy to be the sacrifice for the sin of us all. The joy of Easter is not that God will just turn a blind eye to our bad behaviour, and pretend everything is ok. The joy of Easter is that our sins can truly be dealt with once and for all., We can experience forgiveness and freedom, but, best of all, we can know our creator.