The Government is coming under increasing pressure to drop plans to cut the foreign aid budget. As the only G7 country currently planning to do so, here’s why Mark Sheard believes the move will result in a major spike in the number of children experiencing violence around the world 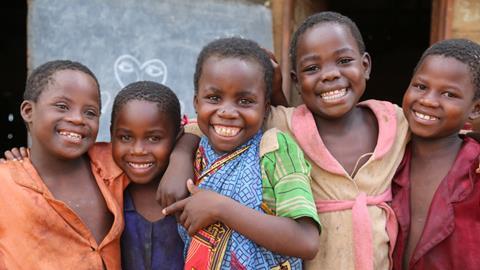 Any reduction to foreign aid is troubling, especially now, given the circumstances of the global pandemic and the challenges it has brought. The impact on livelihoods, the closure of schools, and the loss of lives has affected all of us the world over, but in the poorest parts of the world, these effects risk setting development back by decades.

As a Christian organisation we follow the teaching and example of Jesus Christ in his identification with those who are poor, vulnerable, or forgotten. We take as our guiding scripture John 10:10, where Jesus speaks of a vision of fullness of life. We seek fullness of life with dignity, justice, peace and hope for all children especially the most vulnerable.

The UK has always been a world leader in its commitment to ending poverty worldwide and has set a proud example for our peers to follow. It is vital that now, when global leadership is most needed, we show that this commitment remains a priority. Currently, humanitarian emergencies across the world are drastically underfunded having already endured aid budgets being reduced. The cuts to foreign aid that the government is currently trying to push through parliament will significantly impact international development, with the most vulnerable suffering the cost of what risks becoming a dangerous precedent.

As the effects of Covid continue to exacerbate the difficulties in poorer countries, we predict a major spike in the cases of children experiencing physical, emotional and sexual violence. Whether they are forced to stay at home, or, in time, are sent to work or pushed into early marriage, boys and girls face a bleak future – unless governments, UN agencies, donors, NGOs, and the private sector do everything they can now to protect them.

Aid is needed now more than ever. We urge the Government to reverse this decision immediately

Aid is needed now more than ever. We urge the Government to reverse this decision immediately, or at the very least, confirm that it is a temporary measure, with a clear route to returning the aid budget to 0.7% of Gross National Income budget in 2022. In the absence of this, the Government must confirm that aid budgets are prioritised for desperately poor and vulnerable communities, and not redirected to middle-income countries.

For anyone sceptical of aid, and it is easy to be sceptical of what we don’t have direct visibility on, it is encouraging to note that the infant mortality rate has more than halved in sub-Saharan Africa since 1990 and high-quality aid has played a role. Health workers are trained to ensure pregnant women are well and that deliveries are safe. Vaccination campaigns take place and child malnutrition is addressed in communities every day as a result of aid, to name just a few areas of contribution.

In his actions, Jesus challenged authority when he needed to and a key part of the mission for Christians is to do as we feel convicted by the Holy Spirit to achieve fullness of life for those denied it. We believe that Christians should challenge this reduction in aid to most vulnerable places and people of the world as part of our witness in the world to God’s unconditional love for all. You can show your support for World Vision’s It Takes A World Campaign to end violence against Children by writing to your MP to prioritise the most vulnerable children at the upcoming G7 summit of Global Leaders being hosted by the UK this weekend.

Mark SheardMark Sheard is the CEO of World Vision UK