The Queen was anointed. You can be too

Revd Dr Christopher Landau reflects on the significance of the Queen’s royal anointing, and the value it holds in the life of Christians today 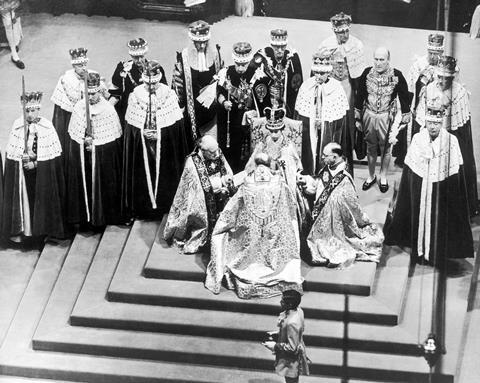 The Coronation of Queen Elizabeth II was the ceremony in which the newly ascended monarch, Elizabeth II, was crowned and annointed Queen

Yesterday I read an inspiring piece by Rowan Williams, which began by recalling a question that had been put to him by a journalist in recent days: “The Queen was anointed at the coronation, wasn’t she? Did this make a difference to how she saw her role?”

In the article, the former Archbishop of Canterbury goes on to reflect: “This is what the royal anointing means at its most important level—a gift of the Holy Spirit to hold a fragile human person in faithfulness to this place where community can gather for restoration and renewal. There is no doubt at all that this was exactly what Queen Elizabeth believed about her role. It was a vocation for which she had been blessed and graced, and the anointing was at the heart of it.”

The anointing was at the heart of it.

But this is not merely a truth for monarchs at their coronation. Nor just for clergy, usually anointed at ordination. Last weekend, in a church on a Manchester estate, I was powerfully reminded of the value of this ministry for anyone who chooses to seek it.

On Saturday, ReSource - the ministry I lead - was invited to lead a day of prayer and reflection for one of the Diocese of Manchester’s new mission communities. Eight churches were coming together for this. One of my particular hopes for ReSource is that we can bring the good news of God’s presence, and the work of his Holy Spirit, to churches of any tradition. At the end of the morning, we offered people three ways to respond in prayer, hoping to honour the breadth of ‘norms’ within the assembled group. So people could pray together as they sat around their tables; or move to another part of the church for individual prayer ministry; or join a group in silent prayer in an adjacent room.

During the feedback after lunch, what became clear was that God’s presence had been felt powerfully (and frankly for some, unexpectedly) in the room where prayer was silent. Indeed the curate, going to tell that group that lunch was ready, said as soon as she opened the door she knew something powerful was happening in the room. Fascinatingly, most of the different churches were represented in the seemingly randomly assembled group; and all present felt a powerful reminder of their essential togetherness in Christ.

The day concluded with Holy Communion, and after people had received the sacrament, we offered them the opportunity to stand if they wished to receive anointing with oil. It was a deep, deep privilege to move around the room and pray for people in this way. Several were visibly moved.

But that was not the end of the role anointing was to play in the weekend.

On the Sunday morning, I was invited to preach at another church in the mission community. This was a church which had lost around one third of its regular congregation during covid (this is a statistic I hear frequently in local parishes). Hymns were accompanied by recordings. The plaster had been removed from some of the walls because of damp, and there is currently no money to pay for further repairs.

I gave the sermon as visiting preacher, and thought that my work for the morning was done. But as he introduced the logistical arrangements for Communion, the vicar turned to me and said, ”I haven’t asked you about this in advance. But today we are going to offer prayer for healing alongside Holy Communion.”

He went on to share that at the end of the previous day, he remarked to one member of his church that she seemed to look different. Her response was, "it was the prayer”. Hearing this testimony of God at work, and how her sense of anxiety had lifted, prompted the vicar to offer impromptu healing prayer for the whole church that Sunday morning.

What a gift it turned out to be.

I shall remember in particular one very elderly woman who came forward. As soon as I placed my hands on her head, a tear ran down her cheek. God, gently at work.

One of my reflections on the coronavirus pandemic’s impact on the church relates specifically to moments like this. Anointing, and prayer for healing with laying on of hands, were both removed from the life of the church for many months. Neither, it seems to me, have received much attention when compared with the level of debate about Holy Communion. But so often, it is in moments of anointing that people know deep down once again God’s particular care for them, and presence in their life.

I remain unashamed in my belief that it is as churches deepen their encounter with the work of the Holy Spirit that they find the unique oxygen that breathes true life into the church. It is a life that can adapt to any context. And it is an anointing which can be as significant for any Christian as it was for Her Majesty the Queen.

Revd Dr Christopher LandauChristopher was appointed Director of ReSource in 2021, having previously led the ‘ReSource Future’ process in 2017-18. He is married to Carolyn and they have three children. The family have moved to Telford from Oxford, where Christopher was previously an associate minister at St Aldates Church, a chaplain with the Oxford Pastorate, and an honorary cathedral chaplain at Christ Church.