The ‘fool for Christ’ prophetic word that changed my life (thanks, Gerald Coates) 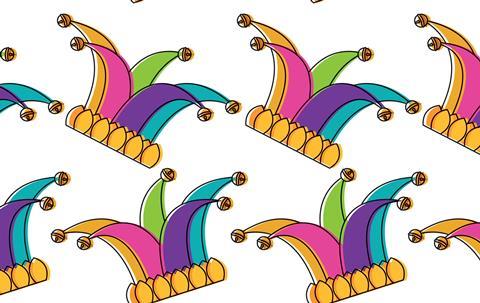 Once in a great while, we bump into one-of-a kind people.

Their brilliance, kindness, way of thinking and turn of phrase turns our own heads and hearts. We want to be around them. Formerly a leader of the Pioneer network, and a significant voice for many decades in the British Church, Gerald Coates was one of those people.

When Gerald bounded into prominence in the early days of the New Church movement in the UK, he was loved by many and loathed by a few. Intolerant of any religious clutter that obscured the simple beauty of Jesus, Gerald ushered many sacred cows to the slaughterhouse. Later, in a desire to help foster unity across the denominations, his tone softened – but his passion to see a healthy Church never waned. As a preacher, he was a consummate storyteller, utilising laugh-out-loud humour while lobbing memorable one-liners around like stun grenades. I saw him close up, as a friend and a member of his team. We laughed with him at his eccentricity; he’d repeat a story we’d already heard a dozen times, usually peppered with the names of a few famous folk.

I’d lost touch with him through the Covid chaos but when I heard that he had passed away (see page 13), my heart sank. I feel just a little more alone for the loss of his voice, not least because he impacted me with a prophetic word that literally changed my life.

It happened many years ago now. I’d been using humour quite a lot in my preaching ministry, which some appreciated and others criticised. I felt nervous, insecure and posed a question in prayer: “Am I called to be a fool for Christ?” I felt God say: “Yes, that is part of your calling.” Mmm… 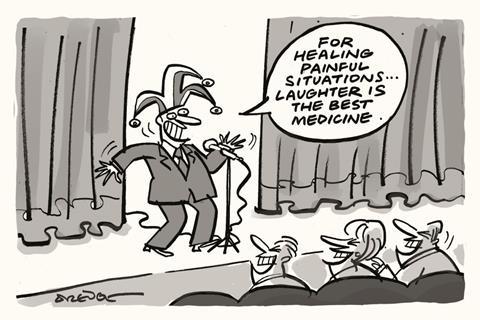 While at a leadership conference, Gerald called me up onto the platform. As the musicians quietly played, he produced a jester’s hat, multicoloured and complete with bells, and stuck it on my head. A thousand leaders laughed at the sight, and I just stood there, quietly angry and embarrassed. And then he prophesied with these words: “You have been willing to be a fool for Christ. And now God is opening wider doors for your ministry.” The prophecy went on in startling detail.

Later, I learned that in medieval times the court jester, also known as the fool, acted like an immensely powerful rogue, who could nudge the mightiest power in the land to do the right thing, often through wit and repartee. The jester taught with laughter and sought to bring healing to painful situations. The smiling Gerald modelled that in life, and now exhorted me in word. I was relieved. There was dignity in my calling.

That night, I discovered I didn’t need to be like anyone else in order to fit in: God made us to be us, and we are free to express our personality as we are, not as others want us to be. That doesn’t mean we are stuck in sameness – on the contrary, as Christians, we are all called to a life of daily, ongoing, gradual transformation. God wants to change us to reflect the glory of Jesus more and more. This is not an arms folded, stubborn, I’m just me and so live with it kind of attitude. But we are called to be settled in our uniqueness – and to celebrate it. The one-off man that was Gerald lived that truth, and I live in the good light of it today.

Thank you, Gerald. You did so well all the way to the finish line. The famous name you loved the most was and is Jesus. You didn’t see all that you dreamed of and wanted to see, but then, who does? I’m so grateful for you. As always, in Christ, it’s not farewell, it’s goodnight. See you in the morning.