From domestic abuse to new creation

Autumn Miles was trapped in an abusive relationship, until a powerful encounter with God during the depth of her despair set her on a path to freedom 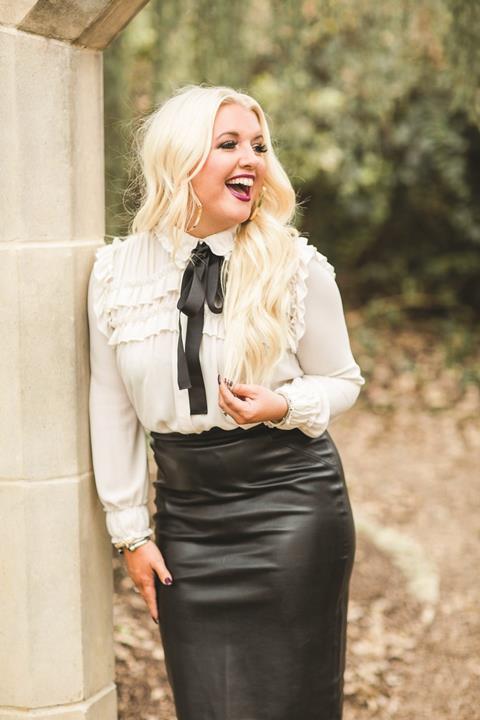 I grew up as a pastor’s kid and had a great childhood, but I didn’t truly come to Christ until I lost everything.

I started dating my first husband in high school. He was a believer and initially there weren’t any red flags. He was sweet and charming but, as we started to get closer, he would say things like: “You’re fat. You’re ugly.”

As time went on, his attacks became more consistent. People would ask: “How can you stay in a relationship like that?” But they didn’t understand – you get used to excusing and justifying someone’s behaviour.

I remember making lasagne for him one evening. He took one bite and threw it back at me, saying: “This is disgusting.”

A month into our marriage, I started saying: “We need help.” The abuse went from bad to worse. He was very possessive. I remember him grabbing me by my hands and pulling me across the floor.

I was completely trapped. Everybody noticed my demeanour had changed. I stopped talking to my friends. I thought my role was to protect my husband and submit to him, so I would say: “Oh, I’m fine. Everything’s OK.” I would lie to protect something that I thought was special.

After seven years, I was completely numb. I remember being awake at 3am one morning and feeling mentally messed up. I started thinking: What is the easiest way out? I was having this conversation with myself: I don’t want to die. But I can’t live like this.

In that moment, the Spirit of God said: “Do you remember me?” I knew it was the Lord. When the creator speaks to the created, their soul stands to attention. I knew he was referencing my childhood. I said: “Yes, I remember you, but if you’re so real, how could you let this happen to me?” Then I said: “If you’re actually real, you’ve got to speak now. You’ve got to show me.”

I saw a Bible in the corner of the room. I flipped it open on Psalm 91:16: “With long life I will satisfy him and show him my salvation.” Nobody knew I was contemplating suicide, but God did. Psalm 91 saved my life that night. It was my moment of conversion. I literally fell on the floor and asked Jesus to come into my heart and save me.

For the next year, I went on walks with Jesus every night. There was nothing fancy about it; I had to humble myself from the pride of being a pastor’s daughter and everyone thinking I had faith. I had to say: I have no faith; I do not know how to pray at all. I need to get to know you, God. Through that time, God was building me back up, restoring my confidence and replacing the lies I had been told about myself with truth.

My life was finally being built not on what someone else said to me, but on the truth of God’s word and the promise that I am: “fearfully and wonderfully made” (Psalm 139:14).

Around that time, my parents were planning a ten-day trip and I wanted to go with them. But my husband refused. I asked him every day until he finally relented.

One night on the trip the Lord spoke very clearly to me: “You don’t have to do this any more.” I went back and told my husband: “I’m leaving.”

But when I filed for divorce, the church pressured me not to, despite knowing about the abuse. Then they kicked me out.

I felt bitter and angry about what had happened for a long time. One night I prayed: “I’m so over being mad at something that I’ll never get an apology for. How do I move forward without it?” The Lord took me through a long process of forgiveness.

I didn’t truly come to Christ until I lost everything

It was not instantaneous; it took a year of me saying: “No, you can’t hurt me any more. I forgive you. I’m choosing not to hold this against you any more, because I’ve got a future. God has a plan for my life.” I don’t think I could have healed from the hurt without the power of the truth of the gospel of Jesus Christ. 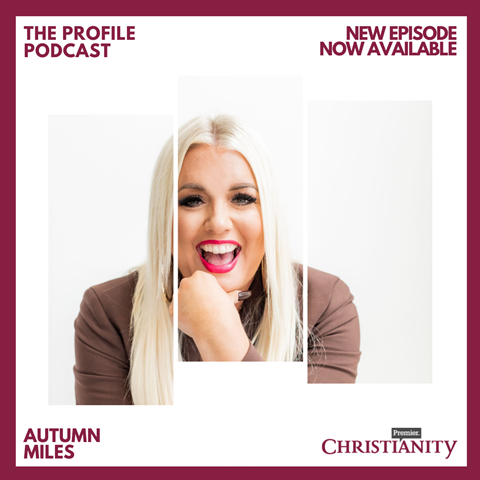 I went back to college and met my now husband. We’ve been married for 18 years and he was a big part of my healing too. It took me a while to believe all the nice things he said about me, because you do bring baggage into a second marriage. But I know now I am a new creation in Christ, the old has gone and the new has come (2 Corinthians 5:17)!

More women need to understand that they have a voice. Look at Deborah in the Bible; she was a judge over Israel. Look at Rahab, or Esther, who saved the entire Jewish race. We have to understand that if God has a call on your life, it’s your job to follow that. My calling is to communicate the power of the Lord. I was lost but now I’m found. I’m going to do everything in my power to tell people how good he is.

Autumn Miles was speaking to Sam Hailes. You can read more of Autumn’s story in her book I Am Rahab

To hear the full interview, listen to Premier Christian Radio at 8pm on Saturday 10 December, or download ‘The Profile’ podcast premierchristianradio.com/theprofile