From breakdown to born again

When a series of challenging situations led to a breakdown, it was a friend’s invitation to church that finally put Tom Stevens on the long road to recovery 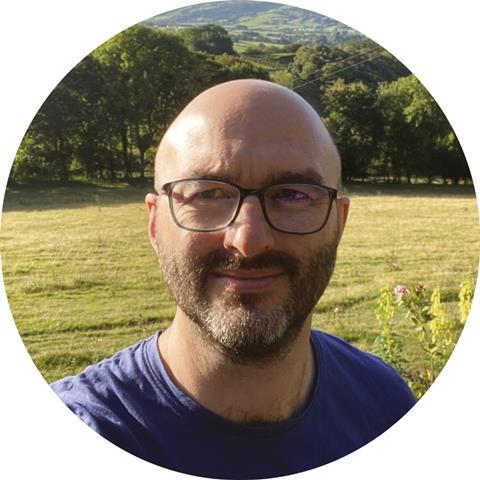 In 2018, I experienced the perfect storm of life events. After leaving university I had fallen into Human Resources and ended up working for a local authority.

I was running redundancy programmes and was also in the process of being made redundant myself. At a sports club that my children were going to, there was a serious safeguarding issue. Then there was a death in the family. It tipped me over the edge.

At work, someone asked: “Are you OK?” and I broke down. He said: “I think you should go home,” but I thought: I can’t. I’ve got a meeting to go to. Eventually, I went to my doctor.

Admitting to being unwell was the hardest thing I’ve ever done. When I went in, I didn’t know what to say. I said: “I’m struggling” – and then I just felt tears coming down. The doctor gave me a prescription for antidepressants, and I basically spent the next few weeks bedbound.

Around the same time, the parents of my daughter’s best friend invited us to church. My daughter had been before and my wife had always believed in God. I wasn’t against it; I just didn’t know either way.

We wanted to go, but I was still bedbound, so my wife responded to the invitation by saying: “We can’t come, but you can come and collect Jessie and take her along.”

Somehow, in the five minutes it took them to drive to us, I’d showered, dressed and come downstairs. My wife said: “What are you doing?” And I said: “I don’t know.” I had been in bed for weeks, unable to move. Suddenly I had this motivation to get up.

When I walked into church, a guy looked me in the eye and shook my hand. I felt really strange and thought: What is that? Now, I’d call it unconditional acceptance. With my levels of anxiety through the roof, I couldn’t understand why I felt comfortable. I kept thinking: This is really weird. What is going on?

A few months later, I joined a small group. The first session I went to was on anxiety. The first bit of the Bible I ever read was Matthew 6:27: “Who of you by worrying can add a single hour to his life?”. I remember thinking: Why don’t they teach this in schools? How have I only just learned this now?

Going to church put the brakes on my illness. One evening I went to a church service with a friend – he was the first person I had spoken to in months, other than my wife – and when we left, I was euphoric.

I thought I was fixed. The next day I decided to do all the cooking and cleaning in the house. But by the time everyone came home from work and school, I was really ratty. I couldn’t understand what was going on and I thought: I’ve had enough, I’m going.

I left the house and drove off. I found a car park and just sat there, completely distressed. I felt I was in the darkest place I’d ever been.

At that moment, a text came in. It was the guy I had been to church with the night before, thanking me for going with him. In that second, it changed everything.

I felt God reach for me; it was literally like a hand came down and he said: “No, come this way.” Soon after that, I learned about God leaving the 99 to find the one. I kept thinking: That’s what happened! I felt like I’d been saved in every interpretation of that word.

While I was bedbound, my wife had started to attend the Alpha course. Each week, she’d come back and tell me what she’d learned.

It felt like fuel to me; I couldn’t understand why I was so hungry for this. There were times when she would come back and say: “We were praying for you this evening.” I knew something was happening because while she was out, I had been lying in bed and had felt a bubbling-up feeling. It was like being cleaned out. So bizarre, but incredibly kind and gentle at the same time.

One day, my wife bought Nicky Gumbel’s 30 Days: A practical introduction to reading the Bible (Hodder & Stoughton). One of the readings was the story of the prodigal son.

I identified with the oldest son because I was holding on to an awful lot of bitterness, to the point where I couldn’t sleep at night. When I read that story, the feelings all fell away. I felt free. That was the start of my healing.

I left my job in July 2021. I didn’t know what I was going to do next, but I felt like I was in God’s polytunnel. I was like an odd-shaped flower you find at the bottom of the garden. No one knows what it is yet, so let’s see what happens.

The Church taught me to knock on the door, that I’m here for a reason and I’ve got gifts. This was stuff I hadn’t heard before.

My wife was a self-employed business and personal coach, and she said: “Why don’t you join me?” It all seemed natural. Now, my wife and I are working on ways to blend faith and good mental health, through training courses and Christian coaching cards.

Over the years, I’ve lent more into my faith and serving in church, and I haven’t had any time off for poor mental health.

That’s a miracle in itself. My old boss used to describe me as the guy who sat at his desk and didn’t say much. Now I’m like: Well, if you get me talking about Jesus, I can’t shut up.