What my worst dating fail taught me about hearing God 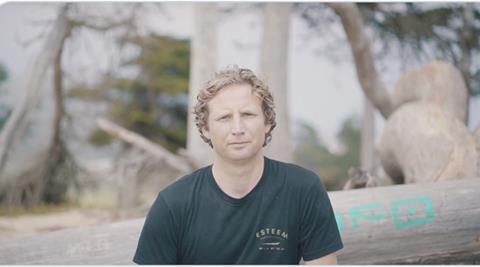 I could feel my heart pulsing. Any sense of calm I’d been harbouring fled like an outgoing tide. I’d experienced a similar feeling looking over the edge of a cliff hundreds of feet above the wild Pacific Ocean. This time the cause was even more intimidating. I was on a blind date.

I’m not sure why I agreed to the date; I hate blind dates. The awkwardness, the apprehension, the fear of rejection. It is everything I try to avoid in life. But there I was, trying to put on a brave face and introduce myself to a girl I was expected to impress. And if I didn’t impress, well, then I’d get the joy of having that wonderfully embarrassing conversation with the person who set us up and explain to them how it just wasn’t meant to be.

Truth be told, I really did want to impress Katherine. We talked a couple times on the phone before we actually met in person for our date. She seemed fun, down-to-earth, and enjoyed the outdoors. I wanted to think outside the box and do something on our date she hadn’t done before; something other dates wouldn’t have thought of. I came up with a plan.

I had it all figured out; we were going fishing. I know it’s not exactly every girl’s dream to go fishing on a first date, but I promise it wasn’t as bad as it sounds (well maybe it was). I packed a few snacks, some chairs and fishing poles, and drove us out to a nearby lake nestled in the hills. I set up the chairs near the water and cast our lines.

We sat next to the lake talking and getting to know each other. It was quite pleasant. In fact she seemed to enjoy it, so much so she wanted to get dinner. But the thing was I hadn’t really planned anything other than fishing. I hadn’t thought that far ahead. It was an afternoon date and I didn’t take into consideration the possibility it might actually go well, and she might want to get dinner afterward. So I winged it.

Can I get mine to go please?

I offered a few suggestions on where to eat, trying to get any hints as to what she might like, but she just politely said it was up to me. Like I said, I really wanted to impress Katherine, so without telling her where we were going I made my way to a favorite steakhouse. It was a little pricey, but I hoped that would impress her.

The steakhouse is one of those classic western ones, with cowboy attire and big game trophies mounted throughout the dining room. We made our way to our booth. As we sat I couldn’t help but be relieved at how well the date was going. After a few minutes the waiter returned to take our orders. Katherine ordered first.

“Can I just get a plate of vegetables?”

It was at this point I remembered a small but significant detail about Katherine that she’d told me on one of our phone conversations - she was a vegetarian! It was also at this point that I became keenly aware of the big, dead, moose head that hung above our booth.

Yes, it is true. I took a vegetarian on a date to a steakhouse. There was no second date.

I share this story because it taught me something about my walk with Christ. I have this tendency to think I must do something great for God, show some extravagant gesture of just how much I love him and how great a sacrifice I’m willing to make for him. But even in that desire to offer him something out of gratitude (which is a good desire), it’s usually a gesture or sacrifice that we’ve determined to be what God wants.

What I did with Katherine is exactly what I often do with God. Instead of listening to her, I simply chose a restaurant based on what I thought would impress her.

Surfing has played a significant role in my life, and the Lord has used it as a means of ministry over the years. But at one point I considered quitting surfing in an attempt to show God just how much I was willing to sacrifice for him. It’s okay to laugh at this, I realise how minor of a dilemma this might seem to some. For me there was nothing minor about it. It was my passion, my pursuit, my lifestyle. For days I wrestled over this. Then I read 1 Samuel 15:22. It says, “Has the LORD as much delight in burnt offerings and sacrifices as in obeying the voice of the LORD? Behold to obey is better than sacrifice, and to heed than the fat of rams.” God didn’t want my sacrifice; he wanted my obedience. I needed to obey God with all aspects of my life, including surfing, not simply sacrifice it for the sake of impressing him.

I believe there are times in life when God asks us to give up certain things and we need to obey at all costs because he knows what’s best for us, but it should always be done out of obedience and not sacrifice. The difference between the two is that sacrifice magnifies self, whereas obedience magnifies God.

I believe the one thing God desires most of us is intimacy, and there is no shortcut to achieve that, it can only be accomplished through personal relationship. As we live in obedience to God we find something truly remarkable - liberty. When I realised I didn’t need to impress God, that it wasn’t about my sacrifices or efforts at all, that the only sacrifice that mattered was his sacrifice on the cross, then I began to experience a freedom and joy like no other. CS Lewis once said, “Obedience is the road to freedom.” But the on-ramp to that road is the ability to listen to the Lord. Perhaps if I’d listened first I might not have thought it was a good idea to take a vegetarian on a date to a steakhouse.