This documentary contains evidence for healing miracles. So we asked an agnostic to watch it

Does God heal today? We asked a former Christian to watch a new film which examines the evidence. Here's what he made of it

Send Proof is advertised as "a journey to find evidence for miracles." The 1 hour 35 minute documentary is produced and directed by Elijah Stephens who interviews a range of people - from sceptic (Dr Michael Ruse, John Loftus) to evangelical (Bill Johnson, Dr William Lane Craig).

I watched the film with my wife who has a strong faith and she absolutely loved it. But I no longer believe in Christianity. Would the film convince me that miracles really do happen today?

The film has the feel of a personal project for the very likeable Elijah. His film takes us on a journey from an almost journalistic scepticism about Christian healing towards, in the end, strong belief in miraculous healings. It ends with a call for those who have experienced such healings to “Send Proof” and share their miracle stories online.

I was a tad annoyed that Elijah didn’t declare who he was until well into the film. For a long time, I didn’t know whether he was an ex-Christian or a believer with doubts about the place of miraculous healing in Christianity. It made me wonder how much this story of personal journey in the film-making was genuine. Perhaps his apparent wavering between belief and unbelief was just a rhetorical device to frame the material? That said, I am familiar with much of the material covered in the film, and felt that we were in the hands of an honest reporter who wasn’t spinning the accounts of healings.

Of particular note were the remarkable healings from blindness and deafness in rural Mozambique which were recorded using eye and hearing tests by a secular team under Candy Gunther Brown.

I didn’t change my views having seen the film (as you might expect for a flawed human with strong and settled views) but this was because I had engaged with the same material that Elijah did in my own journey of discovery and that had changed me somewhat. I am an ex-Christian who reluctantly left the faith many years ago. I had doubts and chose to follow the evidence wherever it led me, in a similar manner to Elijah in respect to his journey covered by the film.

On the subject of healings and miracles I had concluded that they could be ruled out in the way the philosopher David Hume showed in the 17th century. I studied material on healings and miracles again more deeply last year and came across the same material Elijah did, often the very same stories I saw in the film. While I still basically hold that Hume view, those tested Mozambique healings and other material does indicate that there is something going on which I don't yet grasp. I can't explain everything away.

Miraculous healings should be a common aspect of the Christian faith

The problem for Christians and for Elijah, even at the end of his journey, is that this “something going on” isn’t what you would expect from Christianity. Miraculous healings should be a common aspect of the faith. John Wimber highlighted that 40% of the New Testament refers to healings, and another Christian contributor in the film claimed that the early converts to Christianity did so as the result of them. But what we see today is a former Vineyard pastor speaking of praying for 500 people for healing and seeing no healings at all (and so leaving the faith). Elijah had been with Vineyard too and this pastor had been Elijah’s boss. It was a painful interview.

The film also covers the plethora of fake or dubious healings by the ‘televangelist’ wing of US evangelical Christianity. The expectation of Christian healing does generate the ‘tingling in the arm and I feel a bit better’ kind of ‘healings’ that the film presents early on. But actual miracles are almost never found. They are overwhelmingly either stories which can’t be verified or unexplained remissions of internal body processes like cancers. When Elijah tried to find actual miracles, he really struggled, as the film demonstrates. Eventually he came up with a small set of good candidates that overlapped extensively with those I had come across last year. Meanwhile there are millions of evangelical Christians all with illnesses and each is prayed for dozens of times with very little in the way of tangible results. 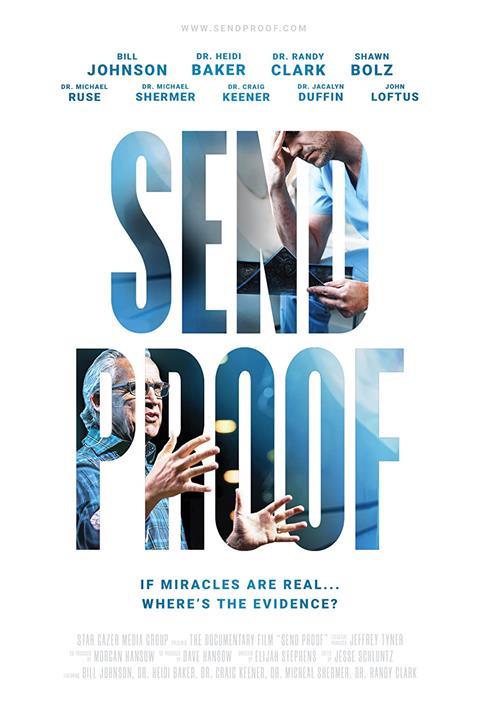 Elijah correctly identifies a problem here. The Western medical system just isn’t set up to verify miraculous recoveries, and there is a bias against the supernatural within the medical profession. His solution is the “Send Proof” message, but I wonder if that misses the bigger picture? If God wanted us to be convinced by miracles, he wouldn’t leave it to the medical profession to verify them. Surely he'd act in ways that are undeniable. As us atheists commonly point out, where are all those healed folk with newly grown limbs or hands? If God were minded to Send Proof, it should not be so difficult.

Ed AtkinsonEd Atkinson is an agnostic who thinks it unlikely that a God exists. He was formerly a Christian believer and has a background in applied science.